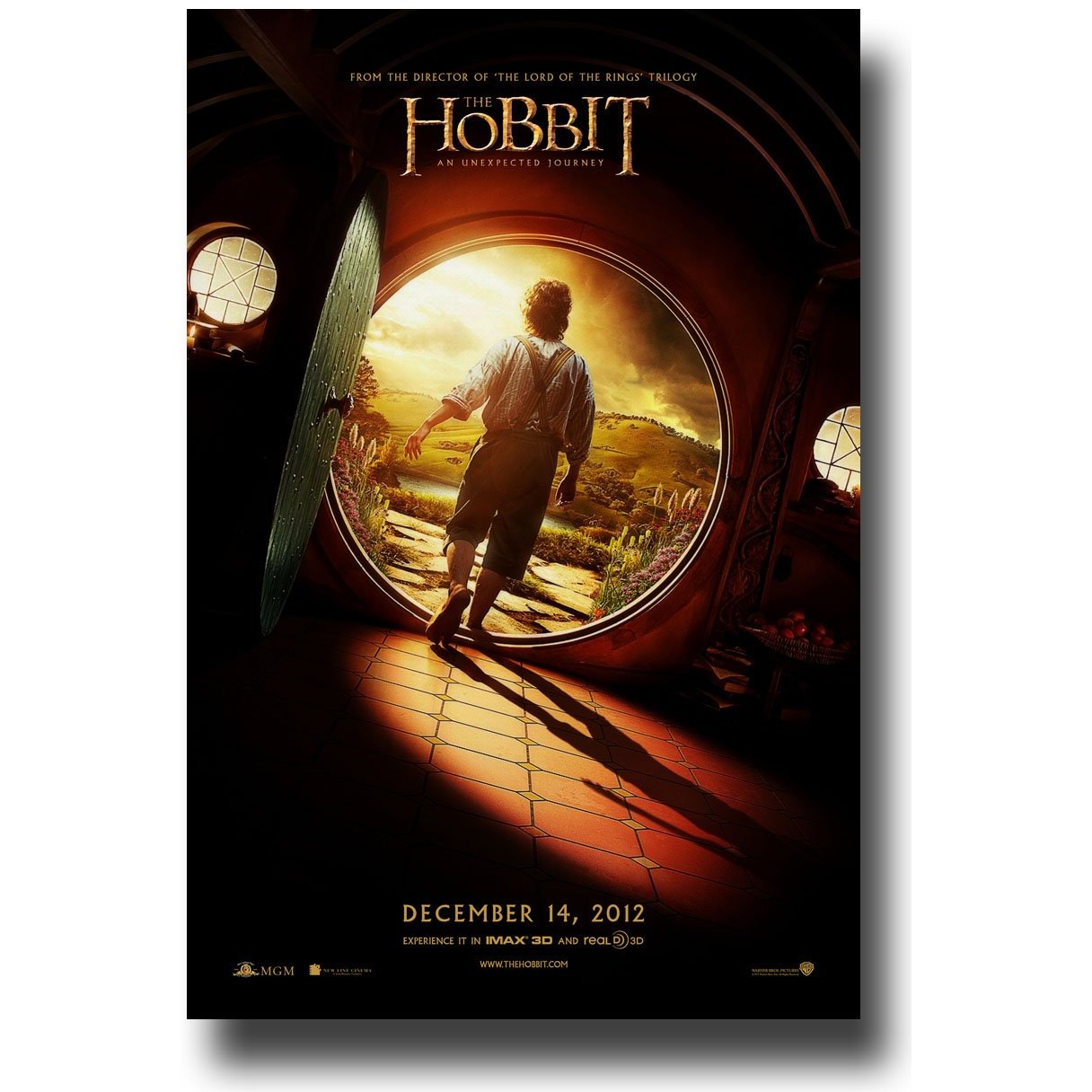 In December 2011, I was on my trailer app on my iPad and saw the trailer for The Hobbit. I was so excited! I love director Peter Jackson. He directed The Lord of the Rings trilogy. The Lord of the Rings is about a hobbit named Frodo Baggins and his quest to destroy a ring. It’s not just any ring. When you put this ring on, you turn invisible and become obsessed over it. Think about it – Wouldn’t it be fun to turn invisible for at least one day? It’s a great story and an amazing trilogy. When I found out that The Hobbit, the prequel to Lord of the Rings, was being filmed I wanted to read the book by J.R.R. Tolkien.

I asked my literature teacher if our next reading assignment could be The Hobbit. However, she had other books in mind so we didn’t read it until September of 2012. As I waited with excitement, I think I watched the Lord of the Rings dozens of times! In both The Hobbit and The Lord of the Rings the concept is – “Even the smallest person can change the course of the future.” That is so true. The Hobbit is about Frodo’s uncle, Bilbo Baggins, and his adventures. The story begins with Bilbo being approached by Gandalf the wandering wizard. Gandalf asks Bilbo if he would like to go on an adventure, and if you know anything about hobbits, you know they do not like adventures. Bilbo said no. That same night, unexpectedly to Bilbo, thirteen dwarves came to his house and he is asked by the dwarves, and again by Gandalf, if he would go on an adventure to help recover the dwarves stolen homeland from the Dragon Smaug. Bilbo refuses again. The next morning Bilbo has a change of heart and decides he will go against his hobbit instincts and join the adventure with the dwarves.

Bilbo encounters many things in his quest with the dwarves. The most important “adventure” is his meeting with Gollum, where he finds the Ring of Power and steals it from Gollum. It is the sole reason that the entire trilogy of the Lord of the Rings even happens at all.

The cast is great. It has Martin Freeman as Bilbo, Ian McKellen as Gandalf, and Richard Armitage as Thorin. The movie was shot at 48 frames per second so it looked really smooth. It almost looked like live theater! I look forward to the next 2 films. I especially want to see how Benedict Cumberbatch, who plays Sherlock Holmes on my favorite British TV show Sherlock, will do as the voice of the Dragon Smaug.

I definitely recommend you see The Hobbit. It is a great action movie with lots of drama and comedic moments. It opens December 14th.

We have plans to watch tomorrow morning! Excited! Awesome review!