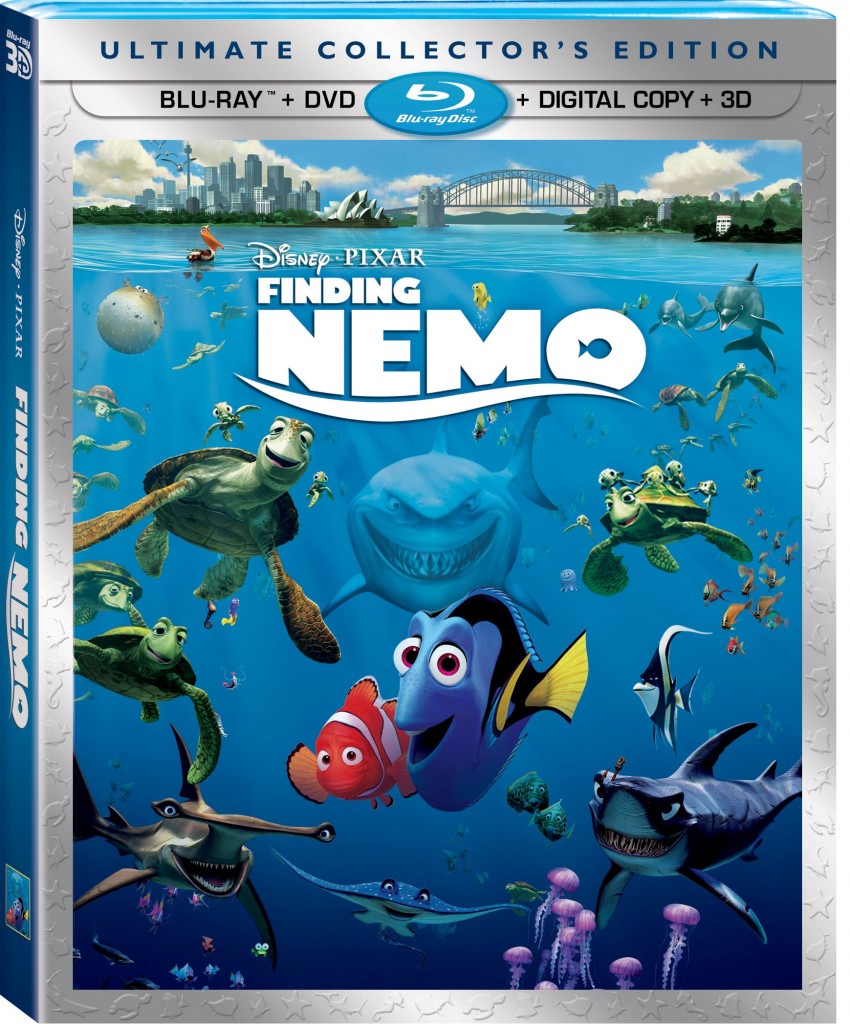 “Finding Nemo” is one of our all time favorite Disney movies!  I am not sure if it has to do with our love of the ocean, marine life, or the touching story of a father’s search for his son; this is a movie that we can watch over and over again.

Disney-Pixar’s “Finding Nemo” was first released in theater in 2003 and went on to earn the Oscar for Best Animated Feature Film.  It remains the fifth highest grossing animated film worldwide.  In 2008, the American Film Institute named it as one of the top 10 greatest animated films ever made.  “Finding Nemo” is without a doubt a classic movie that will be enjoyed for generations.

I was very excited to learn that Disney was re-releasing Finding Nemo in high-definition Blu-ray, Blu-ray3D and Digital Platforms, and looked forward to the arrival of the DVD.  This movie is absolutely amazing in the Blu-Ray format!  The underwater scenes in high definition are breathtakingly beautiful.  The colors are vibrant, and you truly have the sensation of being under the sea, swimming amongst the coral.  The dialogue is also crystal clear, and can be played in English, Spanish, or French.  The DVD also comes with a host of interactive features and bonus features including 3D Virtual Aquariums, 2D Virtual Aquariums, CineExplore, A Filmmakers’ Roundtable and so much more.

Relive the experience of this wonderful movie!  Swim along with Marlin and Dory from the comfort of your living room in search of Nemo.  You will experience life from under the sea, accompanied by friendly fish and sharks, in a way that you have never done before.

We are giving away one copy of Finding Nemo in Blu-ray/DVD combo pack to one lucky winner! Just leave us a comment telling us who you’d like to share this movie with, and then enter the Rafflecopter below.

I would share this movie with my sweet little boy and young nephews .

My daughters would love this movie. I am an email subscriber.

My Daughter! We lost our dvd before she was born and she has never seen it!

I am a subscriber!

with my niece & nephew!

I would love to share this movie with my kids

With my son. He loves the movie and it’s a good thing,cause I love it aswell haha

My kids and nephews!

I would share it with my daughter, this is the first movie she ever watched without getting bored.

I am already a subscriber!

I would watch this with my 4 grandbabies- but not necessarily all at once. ; )

I am already a subscriber of the newsletter

My nephew- he’s finally old enough to get what’s going on!

my niece and nephew.

both of my children!

i would give this to my daughter. i am already a subscriber.

I would share this with my whole family. We love this movie.

I would love to watch this movie with my son

My kids and hubby

I subscribed (with a different email address)

With my youngest daughter and I am an email subscriber

I am an email subscriber

I would love to watch it with both of my kids

My whole family especially my Grandson

My daughter would love this.

I would love to watch this movie with my husband. I am sure he will like it as much as i do.

I’d love to watch this with my 2 and a half year old son.

I am already an email subscriber

I would love to watch it with our family

Our five year old, he has never seen it!