Search for a School

Spanish Workshop for Children is a total immersion program for young children ages 15 months to 11 years old. Under the direction of Marcela Summerville, enrollees enjoy a distinctive Spanish-teaching methodology and curriculum. We follow the natural developmental pattern of first language acquisition. Children are immersed in the whole language. Using language input from the teacher and focusing on genuine communication instead of language form, the new language will emerge naturally when the child is ready—much as it does with END_OF_DOCUMENT_TOKEN_TO_BE_REPLACED &nbsp... 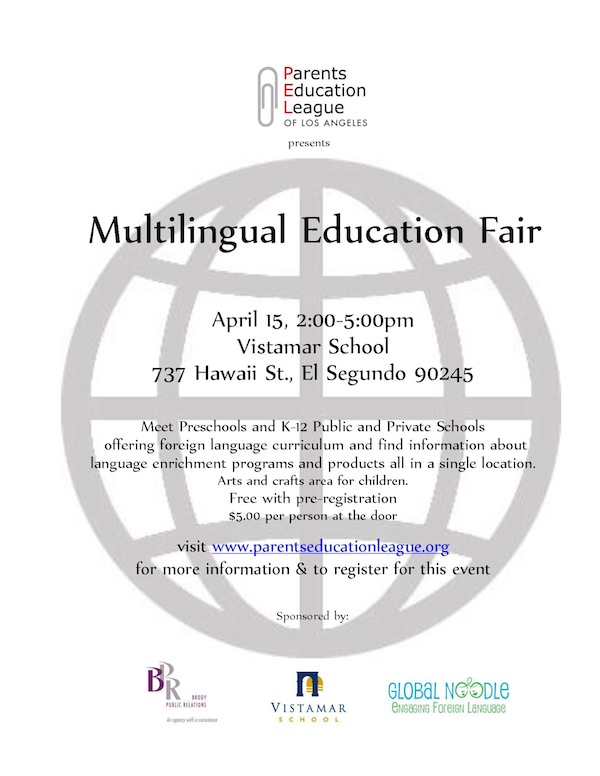 A good friend tipped me off to this event put together by the Parents Education League for parents looking for multilingual education offers in the Los Angeles area. This Sunday, April 15th from 2:00-5:00 pm you can go to Vistamar school in El Segundo and meet preschools and K-12 public and private schools offering foreign language curriculum and find information about language enrichment programs and products in a single location.  They will also have an arts and crafts area for END_OF_DOCUMENT_TOKEN_TO_BE_REPLACED &nbsp...

No Dual Language Immersion School for My Son…Yet

Editor’s note: This is a guest post by Daisy Galvis, a Colombian-American actress living in North Hollywood, CA with her husband and two bilingual children.  I’m still reeling. My son was not chosen to attend the Immersion Spanish Program in Glendale. I toured Franklin Elementary school, which has an Immersion Language Program, back in 2010 and 2011 . The sight of kids speaking German, Italian, and Spanish just melted my heart on the spot. I knew this was where my son, Jones, would END_OF_DOCUMENT_TOKEN_TO_BE_REPLACED &nbsp... 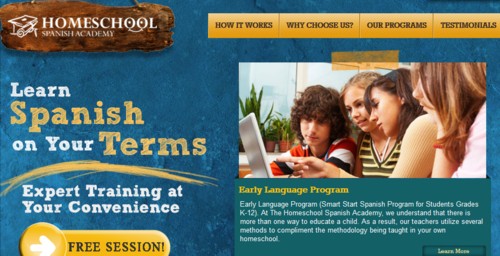 Why Our Bilingual Familia is Getting The Preschool Search Blues 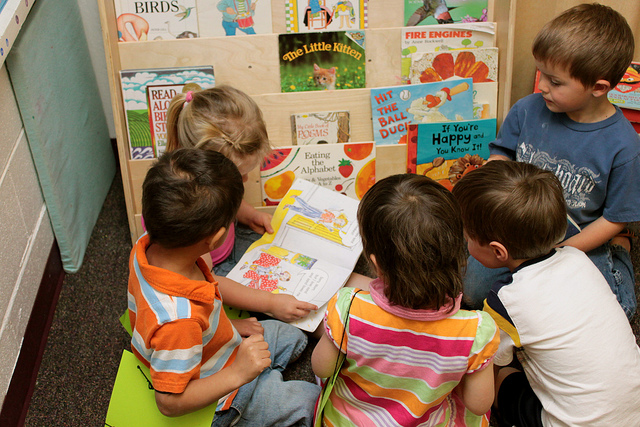 My husband, the only Latino in the group of prospective parents, stood next to the only African-American in the group, a mother. They watched a group of adorable elementary school students sing a song in honor of Martin Luther King, Jr. Day. As the lyrics, “we shall overcome” sang through the air, my husband realized that all of the students were either Anglo or Asian. He stayed through the rest of the tour and information session at the amazing school END_OF_DOCUMENT_TOKEN_TO_BE_REPLACED &nbsp...

The Spanish Immersion Lottery is Today!!! 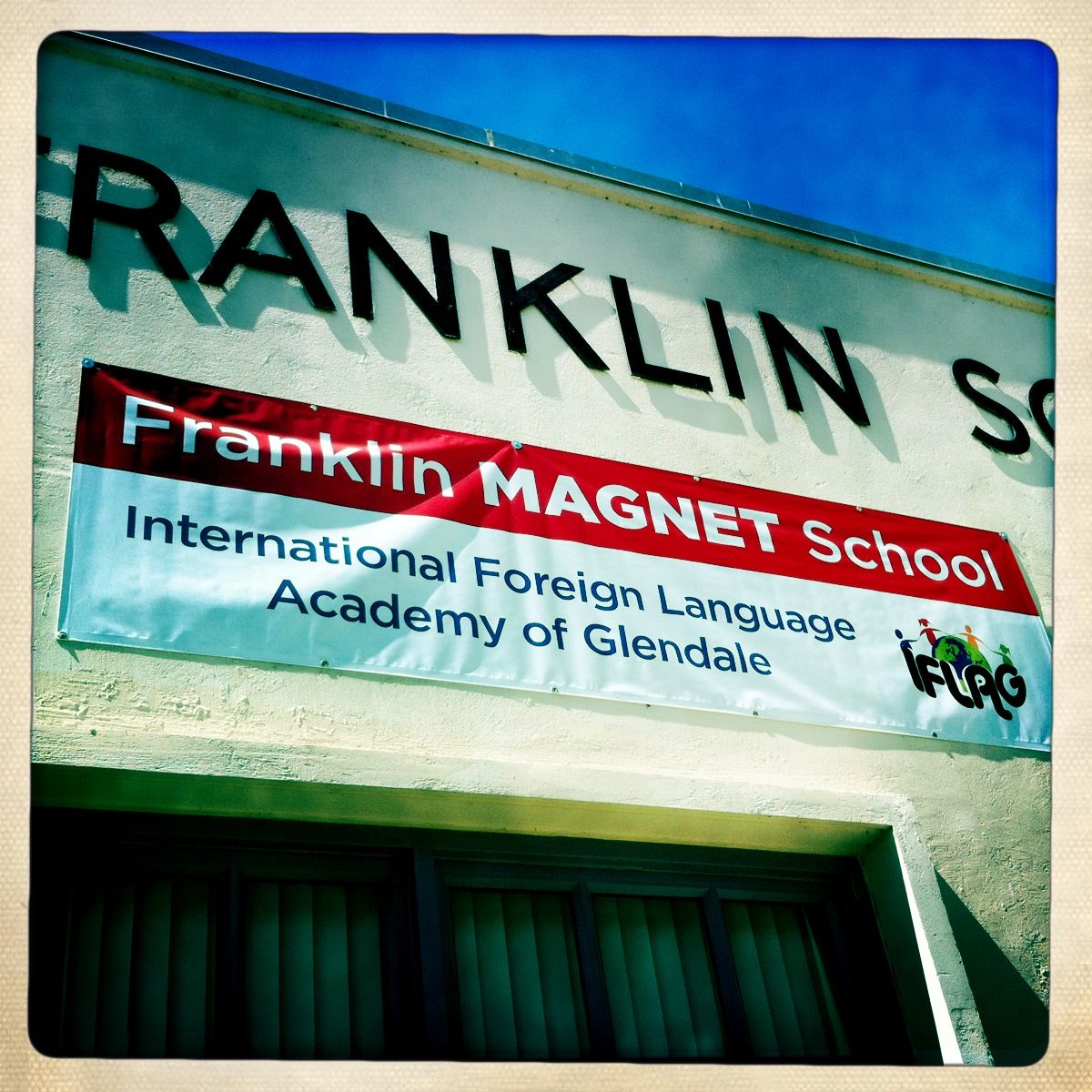 Yes, I am so, so, so nervous about this! As you know, we’re in the process of applying to dual language immersion programs in our area and we’ve got our heart set in our girl being accepted into the Spanish dual immersion program at Franklin Magnet School, aka International Foreign Language Academy of Glendale. Today is the day the public lottery is held and we’ll know if our girl’s name gets drawn to be amongst the 24 or so children END_OF_DOCUMENT_TOKEN_TO_BE_REPLACED &nbsp...

Our Search for a Dual Language Immersion Kindergarten 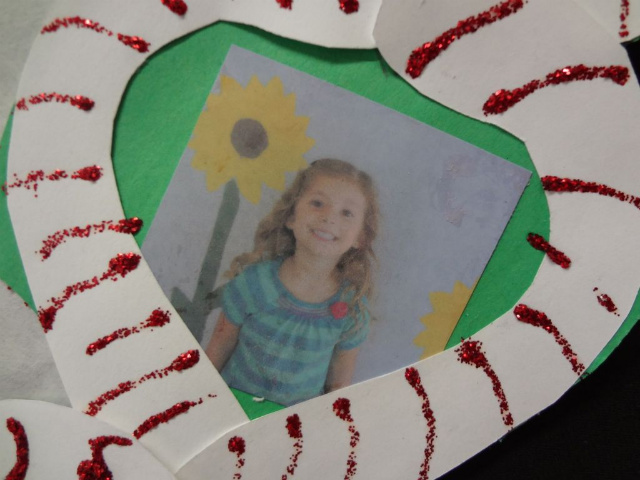 It’s hard to believe that in just seven months my girl will be starting a whole new stage in life: kindergarten. That means that we are now deep in the process of touring dual language immersion programs, applications and crossing fingers to get a spot in one of our top choices. Just three years ago when we launched this blog, I visited what was then Benjamin Franklin Elementary school in the Glendale Unified District in California. We wrote a series END_OF_DOCUMENT_TOKEN_TO_BE_REPLACED &nbsp...

Embracing your culture can be really good for you – especially if you’re a student. A recent study titled “Culture Predicts Mexican-Americans’ College Self-Efficacy and College Performance” found that Mexican immigrant students who identify and practice speaking their native language have higher grade point averages than those who are put in English-only environments in their schools. The reason? David Aguayo, the doctoral student who conducted the study, found that the stress levels of those students who found themselves in a END_OF_DOCUMENT_TOKEN_TO_BE_REPLACED &nbsp...

4 Reasons Why Children in the U.S. Should Speak Spanish

Editor’s note: During the next few weeks, we’re going to be doing things a bit differently here as Ana and I concentrate in meeting the deadline for the forthcoming SpanglishBaby book. We hope you bear with us. Because we’ve been around for almost three years (wow! when did that happen?), this week we’ll be sharing some classic posts from when it all got started. This post was originally published on January 3, 2011. Last week, Chelsea Kyle shared on our Facebook page an excellent END_OF_DOCUMENT_TOKEN_TO_BE_REPLACED &nbsp...

A view from inside our school!