An Intimate Experience with a Prestigious Private Dual Language School 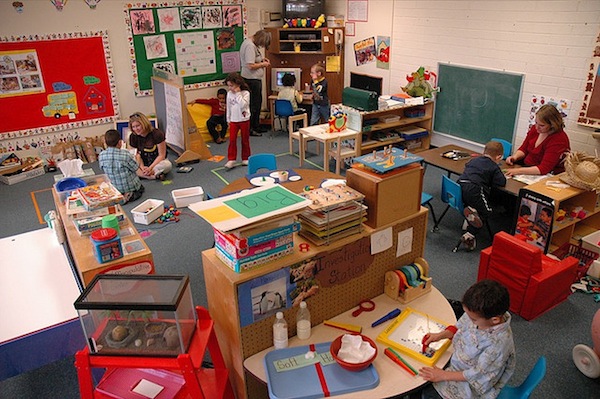 Recently my husband and I decided to go through the process of trying to get our daughter enrolled in a prestigious and private dual language school in our city. I honestly did not imagine having to go through what seems like a rigorous process this early on in her academic trajectory. She is almost three, which means she qualifies for the primary school grade classrooms. We learned that there were a limited of spots (~30) with over 125 applicants! We also learned that there are very few, if any, high quality three-year-old academic programs in town, making those ~30 spots highly competitive.

We jumped through all the hoops: filled out the extensive application, had my daughters current teacher fill out an evaluation form about her strengths and challenges, attended an information session, allowed for our daughter to be observed by teachers at the school, and lastly went through an hour long interview with the director of the school. By the time we were scheduled for the final step of the process, the parent interview, we started to question if we were making the right decision (not just financially) and were forced to reflect on whether or not we would fit in well with the current school community.

As I mentioned earlier, I began to wonder if this community was the right fit for us, but really I was more concerned with whether or not it was a right fit for me. When we attended the information session, I realized that it was the first time in my life that I had ever stepped foot in such a prestigious school. The second-generation immigrant of working class parents part of me felt completely out of place. My husband, having grown up abroad for most of his schooling years, attended private schools very similar to the one we were trying to get our daughter into. Not only did I attend public school for the majority of my schooling years, which was all taught in English; I also grew up in a community where Spanish and English flowed back and forth seamlessly. Interestingly, during the interview we were asked the following question:

Interviewer: Which language, Spanish or English, would you prefer to speak in?

Me: (hesitating a little): We prefer to speak in both languages.

Interviewer: Okay. Yes, that actually works well for me because there are parts of the interview where Spanish is more appropriate than English.

When asked to choose a language to speak in I simply could not. Both Spanish and English are part of my linguistic repertoire and they do not reside in separate spaces.  Being concerned about whether or not I would fit in with the school community I decided that I would be my self as much as anyone can in formal interview settings. Hesitantly, I responded that we preferred to use both languages. The interviewers response was a breathe of fresh air. I was starting to wonder if we were trying to enroll our daughter in a school where code switching may not be seen as a valuable linguistic tool, but if the director was willing to do it, then I can only assume that it will be welcomed.

A week later we found out we were wait-listed. The news wasn’t too surprising considering the number of applicants and the number of spots available, but at the same time one cannot help but wonder if that was the only reason. We are still hopeful. In a month we find out if there is a spot for the incoming school year.  Ay, veremos…

As a researcher of dual language programs, I have to say that there is definitely a trend occurring. The general public is starting to notice the importance and value in a multilingual education. Not only are public, charter, and private dual language schools emerging nation wide, the spots to get into them are extremely competitive. Parents are entering raffles, others are willing to pay the hefty price tag for the opportunity to learn in two languages. For my family, paying the price means compromising other aspects of our life for an investment in an education that is multilingual, global, inquiry-based, and student centered which should be the standard at every school.

Have you tried enrolling your son/daughter in a prestigious and private foreign language school? If so, what was the experience like?

The Benefits of Bilingualism for Kids with Special Needs

Week in Links for #BilingualKids — March 24

There’s More Than One Route to Multilingualism… Right?
Why It Takes a Leap of Faith to Enroll Your Child in a Dual Language Immersion Program
A Glimpse Into the Life of a Dual Immersion Student {Must-Watch Video}
7 Comments

Wow, sounds like a tough admission process. It’s not just private schools that are tough to get into, even the public dual immersion schools are hard. I called repeatedly when I was trying to get my daughter enrolled. I finally begged for a meeting with the principal, after being told she is the one who makes the decision on who gets in. My husband thought I was crazy for what I was doing, but it worked!

Yes, people are finally realizing the value of multilingual education! People in my area camp out, sometimes overnight, to have a better chance on getting into the dual language programs. Seems its just as difficult to get the kids into the public school programs.

Hi Kathleen,
Could not agree with you more about how competitive it is to get in for ALL dual language programs. So glad you were able to get into one! Thanks for sharing!

Great post Suzanne! And yes, we also went through an intense application process when my son started his German language preschool, it felt like we were applying for college!
Xochitl

Wow, I can’t help but feeling that it was a good thing your family was wait listed. I would find the non-diverse, privileged and exclusive atmosphere of that school too much to stomach. I hear you on the benefits–we all know the benefits of a dual language, student centered education–but personally I want my children to understand the democratic value of free, quality and public education for all. I intend to struggle for that for my kid…and everyone else’s kids too!

Thank you for your honesty. Your concern is something I have thought about extensively and part of the reason why I have decided to pursue a doctorate. Here’s the deal. I have decided to separate (as much as I can) my advocacy/activist roles as a researcher and my role as a parent. In other words, though I believe in the “battles” I am fighting for in public education and feel very much called to them as a researcher and teacher; I have decided not to include my daughter in those battles with me.

Being wait listed as made me reflect on that a lot, but at the same time I hope my daughter does get in so that I can help other students have the same option. The school has full scholarship opportunities which means I will definitely be trying to open up doors for others, but one of the only ways of doing that is by being a member of the community first.

I hear what you are saying and agree that it is a complicated dilemma and one that we all struggle with (between political commitment and individual goals). Beyond the issue of the education options, we feel that there is an important value we want to teach our child about access to education and that’s why we won’t (at this point! Because you never know!) consider private school. The other issue you mentioned, about diversity, also struck a chord with me. If we have a choice, we don’t want our child to be the only “other than English speaker” or the only child that isn’t white. Good luck with your research (my phd is in literature and my husband is writing his sociology dissertation)!

We are very fortunate where we live. Our local district has 40 or so schools with 15 schools offering a dual immersion program in Spanish/English and many are offering a third language (Japanese or Mandarin). These programs are in high demand with parents camping out to get spots in kindergarten. We have also found that most of these school perform well on standardized tests so families are moving into these areas to enroll their children. We live in Chula Vista, California about 30 minutes north of the Tijuana border.