The Benefits of Bilingualism for Kids with Special Needs 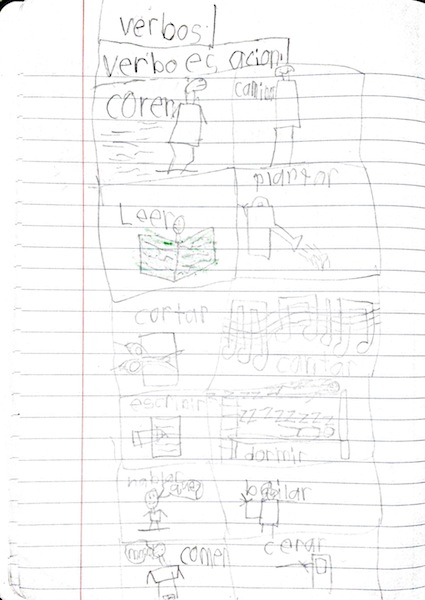 It’s spring, which means it’s IEP season again. Time to get together with a team made up of my boys’ teachers, special education teacher, speech therapist, occupational therapist, the school psychologist and a school administrator or two and reevaluate the school year. We will talk about how much progress my sons have made in reaching the goals we set for them last year and decide on new ones for next year.

This year, only half an hour has been blocked off for each meeting, but when the boys transitioned into a regular-education setting in kindergarten, we were there for almost four hours. I’ve left some IEP meetings feeling pretty good about things; once, I had to pull the car over on the way home afterwards because I was crying too hard to see the road.

Either way, these meetings are intense. I’ve realized that I find them draining because really, the meetings are mostly spent discussing what are euphemistically called your child’s “areas of need.” This is logical: the areas in which your child needs support need to be broken down in detail in order for him or her to continue to receive the most appropriate services. There’s also a section called “present levels of performance,” in which the child’s strengths are listed.

But even when there’s so much good, even when you feel encouraged by how much progress your child has made, talking about your child’s needs in such detail can be exhausting. Especially when you add it to everything else that’s already going on — behavioral issues, emails to teachers, calls to see if the child psychiatrist has had any cancellations because you urgently need to see him.

Last week, I participated in a SpanglishBaby LIVE hangout on bilingualism and children with special needs. Paula Bendfeldt-Diaz, a fellow mother of a special-needs child, said something that particularly resonated with me because I’ve often thought the same thing: There are many reasons that I think learning Spanish is great for my children, but given the many challenges they face, one especially cool thing about it is that it gives them something at which they excel.

A few weeks ago, I picked the boys up at their Saturday Spanish school and their teacher wanted to speak to me. She was having a hard time keeping them busy, she explained. They finished their work quickly and she couldn’t get to them while she was busy helping other children. She wanted to move them up a grade. She had already spoken to the second-grade teacher and it was a done deal, if I agreed to it.

Read more: How to Raise Bilingual Kids with Special Needs

As I expected, my change-averse boys balked at the very idea at first. I tried to play it up, and even after I promised that they could go back if they didn’t like it after they’d tried it, they were skeptical. After the first class, though, they changed their tune.  They couldn’t get over the fact that in their regular school they were in first grade, but at Spanish school they were now in second grade. They loved their teacher and gleefully showed me the plastic figurines they’d used to learn about animals. And I was tickled when they bragged that they’d learned all of the pronombres personales, singular and plural, and proceeded to recite them to me. I never heard another word about wanting to go back to their old class.

As they get older, some things get tougher at school. Other children are increasingly aware of their quirks and when I visit the school they’re not shy about asking me about them. For now, they’re more curious than anything, but I worry about teasing or possible bullying to come. But also for now, Spanish school is their safe place, a place where there’s no pressure, no IEPs. And I love that, and am very grateful.

Week in Links for #BilingualKids — March 15

An Intimate Experience with a Prestigious Private Dual Language School

That´s awesome! As a teacher, its always nice to hear from the parent´s perspective as well! Thanks!