Memories Of My Bilingual Childhood 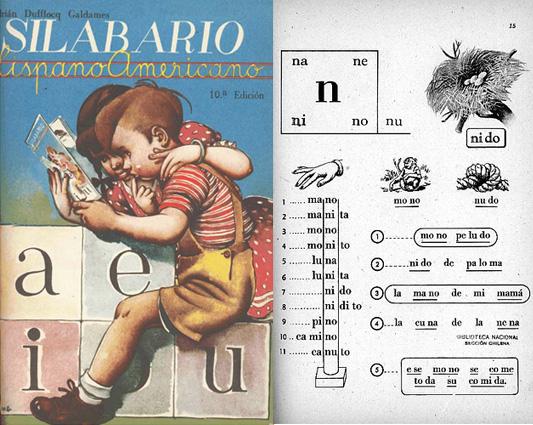 Before the age of 5, I had never spoken or heard anything but Spanish. My father was transferred within the Chilean Navy to Washington, D.C. just before my fifth birthday. It was supposed to be for two years and it ended up being five before we stepped back on Chilean soil.

During that time, I began school and of course had to learn English. My father lived in a Spanish-speaking world due to the nature of his work, and my mother worked at the Organization of American States (OAS) and also didn’t need too much English to survive, but took classes and eventually left to work from home to be with us.

One of the biggest arguments my parents had in the early days was what language to speak. My father insisted we only speak English so that we could learn as fast as possible and integrate. But my mother (not knowing any English) but having grown up speaking German in her home and then majoring in French, knew that growing up bilingual would benefit us, not hurt us. She also knew that speaking a language she didn’t dominate would mean her not having parental control in our daily lives, making it difficult to insist on respect as a parent,  possibly interfering with discipline, being mocked and drawing a clear divide between my parents and my brother and I (native vs non native speakers).

But she didn’t have it easy — she had enormous amounts of pressure from my teachers at school to only speak English and from other Chilean friends who insisted she would learn English faster if she used it with us.

However, she said she saw early on in me an ease in balancing two languages. She vividly remembers handing me a magazine in English and asking me to tell her what it said in Spanish, and me doing so without difficulty. We wrote letters to my abuelitos in Spanish and she taught me how to read and write. She used the very famous Silabario Hispano Americano (which you can download) and I will always remember her explaining the difference between “papa” and “papá” by pounding on the table to emphasize the accent on the last á.

Her hard work and insistence on speaking only Spanish came to fruition when we went back to Chile. I was 9 years old and taking a placement test for school. They were not sure how to deal with a student who had not been enrolled in a Chilean school, but my mother insisted I could take the written and oral test. I was testing for fourth grade at her former school and I not only passed, but I tested on par with the other students and there was no need to set me back or have a tutor. It was at that moment that my mother realized how her decision to raise us speaking only Spanish at home had paid off.

I wanted to share my story because many parents raising bilingual children have learned English later in life, have married someone whose first language is not English or who know the importance of two (or more languages) but have not experienced it themselves persay. I felt it important to share my own bilingual upbringing, my own memories of finding a balance between the two and to say, it works — so keep at it!

What’s In A Name? So Many Choices, Only One Winner

My Bilingual Son’s First Trip To Chile
Total Immersion in Spanish for Son… and Mom
Raising Bilingual Kids: What is the mL@H Method?
No Comments