Total Immersion in Spanish for Son… and Mom 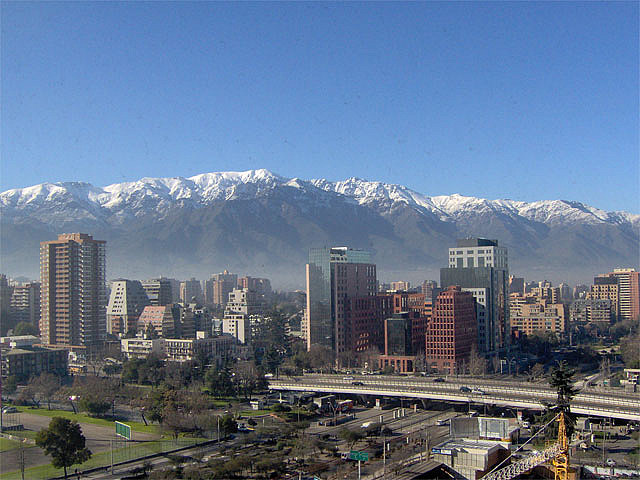 My six week trip home to Chile is coming to an end. This is by far the longest I have spent here in many, many years. In my last post I mentioned how happy I was to have my son hearing Spanish everywhere, improving his vocabulary and really practicing the language. But I also realized, that I a native speaker have also benefited from a complete language immersion. Spanish 100% of the time. No English whatsoever. No Spanglish, no filling in words with English. Nada.

And I tell you, it really does the brain some good. I too improved upon my Spanish, expanded my vocabulary and got up to date on the latest in Chilean Spanish. I say that because in the US I feel I speak a more neutral Spanish in order to accomodate with other variations of the language. I guarantee no one would understand my Chilean slang!

I also talk to myself a lot (I know, weird, but I’ve done this since I was a child). I noticed that I started talking to myself more in Spanish than in English and my dreams are all in Spanish whereas before they were a mix. I believe that a language that is not used, practiced, heard, or experienced culturally gets lost. And this I feel is what will happen with many Spanish speakers in the US because of lack of connection with the culture. Something we (especially as mothers) need to keep alive.

The first week we were here, Matías still spoke half in Spanish and half in English. Five weeks later, he is speaking no English at all to me, not even to fill in words and using Chilean sayings in the right context. He gets it! Even making jokes and developing a very cute Chilean accent “Si po’ mami” (“Po” is used here instead of “pues”). Even his beloved Backyardigans are all in Spanish and he pointed out to me “Mami, ellos dicen español”.

This language transformation, as I like to call it, has just reconfirmed what I felt was right all along and has also been the deciding factor for placing him in a Spanish immersion school. I am very lucky that in the Northern Virginia area, specifically in Fairfax and Arlington County schools there are many immersion programs, although now they seem to be in greater demand and the waiting lists are long.

I know that once we are back in the United States, back in our bilingual household he will slowly fall back on his Spanish and probably not speak it as much, but I will stand my ground. Even in our tiny corner of the world, I want him to hear it, speak it and experience it. I have spoken to him in Spanish since birth and I don’t feel comfortable switching over to English.

Our entire relationship is based in Spanish and that to me is a precious thing, one that I cannot see changing.

Week in Links for #BilingualKids — July 22

Bilingual Musings: Mami, Do You Speak English?
10 Things I Didn’t Expect When I Started Speaking Spanish to my Baby
Memories Of My Bilingual Childhood
9 Comments

Loved it! Thank you for sharing.Keep doing what we have been doing…Don’t give up!

Becky, so sorry for a very late response – thanks for your comment! And yes, the “po” is very chilean…. he also starts sentences with “oye mami…” too cute

Gracias! Been told it confuses them, but I turned out just fine!

Es una experiencia increible! I love the regional differences- my sister lived a year in Santiago and came back ending her words with “po”

. I love that your son is picking up on the local language!

Thanks Tracy, to be completely truthful, you only get that on a clear day in Santiago. Most days you would never know it’s there b/c of the smog

Interesting about the Chilean “po” – What a great experience for you both. I could look at that gorgeous photo for hours. Wow… I can’t imagine waking up to that view each day. Amazing.

I really appreciated this post on several levels. We’re monolingual parents raising a fluent trilingual ( Spanish/Mandarin/English) so cultural/language immersion has been so important for us.

Her Spanish is like a native, not only by speaking to her in it from birth ( my husband has some Spanish, but his fully bilingual parents who only spoke Spanish until school in America, do not consider him a Spanish speaker nor did they ever speak it at home) but primarily from our time in Spain where she went to a local school for four winters.

Now, we are working on bringing her Mandarin up to the same level as her Spanish and English primarily through a Mandarin school here in Malaysia. http://www.soultravelers3.com/2012/05/global-citizens-spanish-and-mandarin-immersion.html

We didn’t want to do it in China because of the pollution and food safety issues, but soon will do a month in China where she will stay with a Chinese family and go to a Chinese school with their daughter. Even we will only be able to talk to her in Mandarin. She already knows a lot of Mandarin, but they say she can make a huge jump this way.

So it was great hearing about your own experience as a native speaker and how 6 weeks of total immersion even helped you. Hoping it will be a quick way for us to take a big jump!

That is an amazing feat and I salute you. I’m sure I don’t have to tell you that kids are like sponges and they absorb it all, especially languages. Fantastic work on the Mandarin!

How sweet it is when Mamá understands you like nobody else. Kudos to you María for “reading” your son!

My son was in daycare in English for almost a year before starting pre-K at a dual-language Spanish-English elementary. Even though all of us as a family typically stay in Spanish 90% of the time at home, when he started at the new school he suddenly was really begging me to speak to him in English. I think it was important for him to have Mommy not Mami just then, after starting “real school” with real schedules, a uniform, real homework, definite expectations from the teacher, etc. I’m the only one in the family who’s especially comfortable in English — the wanting me was the real thing, but it came out as wanting that language.

Just a few months before that, when we were visiting my family in my hometown (without Papi, unfortunately), there was no Spanish at all happening with anyone, and he begged me to speak to him in Spanish, and was calling me Má instead of Mommy.

Just goes to show how strong the emotions can be connected to the language — for the little ones too.