Why It Takes a Nonconformist to Raise A Bilingual Child 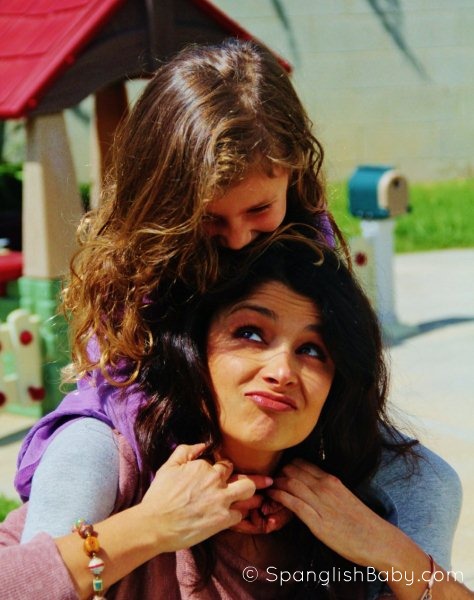 Earlier last week I had to write my first post on my new blog – Besos – for Babble as one of their new Voices. As I tried to introduce myself to that new audience, I kept coming back to the label of nonconformist which was given to me by my high school friends when the class superlatives were announced. There I was, right under the title of “Class Nonconformist.”

No, I wasn’t thrilled with it at all, but over the years I’ve learned to embrace that seemingly negative trait and realized just how happy I am to not meet everyone’s expectations of how things “should” be. Check out my Babble Voices article and you’ll get to know my nonconformist self just a bit more.

After that bit of self exploration, and reading the many comments from other women (and men) applauding and coming out as nonconformists themselves, I realized that all of us here are nonconformists just by the fact that we’ve decided to gift our children with a second (or more) language. Wouldn’t you agree?

Why are we nonconformists?

We’re nonconformists because we won’t believe any of the myths thrown our way by those who seem to know better than we do and have never read or researched the plethora of facts surrounding the incredible benefits of the bilingual brain.

We’re nonconformists because we will go out of our way to find the books, music, apps and toys that will enrich our kid’s lives with the sounds of our language of choice.

We’re nonconformists because, if given the choice, we will ignore the ignorants who claim bilingual education fails the system and we will do everything we can to enroll our child in a dual-language immersion program.

We’re nonconformists because we don’t care if others think it’s rude we’re not speaking to our kids in English when out in public. We are focused on our kid’s language learning and immersion process and not the other’s insecurities.

We’re nonconformists because we won’t let society dictate that one language is all we need; we know bilingual is better.

I’d love to hear from you on this one. Do you feel you’re a nonconformist? Why or why not? Let’s start this conversation and continue leading this #BilingualKids movement together.

What Is A Spanish Speaker Supposed To Look Like?

I can relate to Ana’s article and really enjoyed reading it on Babble. Good to know I can continue to be a positive “nonconformist” influence on my own bilingual child.

Hi Ivonne!
Thanks for reading the article on Babble. It was a relief to write it!
And, yes…it´s totally a positive nonconformist stance

i love being a nonconformist!!! i seriously could care less what everyone else thinks about the way my husband and i are raising our child or how many languages we’re using or when we’re using them.. i’m always convinced that those who take the time to criticize the way others are raising their children are not spending enough time with their own. just my two cents.

We need to get tees made!

I just have a nagging fear that way too many parents give up in raising bilinguals because of what others think or advice them to do.
I´m glad you´re not one of them!!!

As a woman who married a guy she could hardly communicate with and then went on to adopt a language and culture which I now raise my children in despite the strange looks and comments, I think I definitely qualify for this non-conformist gang you’re organizing jajaja

Hi! This is a little off topic, but they had some free printable construction themed coloring pages over at Dover (they usually leave their samples up about a month). Thought I’d share:
http://www.doverpublications.com/sampler/0302/sample81.htm

Never considered myself a nonconformist until I read your article

Most of my family and friends are very supportive of my daughters dual language immersion..but I do get an occasional negative comments..”How is she going to learn english??”

I did a lot of research and talked to a countless number of people before I made the decision to have my daughter go this route. I feel like the decision was easy and sometimes it’s hard for me to understand why people don’t realize just how good it is!!

Exactly! Once you know the benefits there´s no turning back! Good for you for getting informed and sticking to it

I have a question…I’m african-american and my fiancee is mexican, and we’re planning a family. She is fully bilingual and I have been trying to learn spanish for 2.5 years with extreme difficulty, having tried just about everything in the book. I’m 40 and she is 35. Despite my insistence that I’m too old to learn, she and a lot of others are pushing me. I’m really learning so that I can communicate with her family. My question is this…we want to raise our future children to be bilingual, and I’ve been reading the studies where one parent speaks in spanish and the other parent speaks in english. If our child picks up spanish more quicker than english, linguistically-speaking, is there a chance that I may not understand my child fully because I haven’t quite mastered spanish yet? This is all new to me so I would love some good advice.

What a great read! I can absolutely relate to you in that I’m a nonconformist. It’s a big challenge being overseas where the English is bad and the Spanish is non-existent. However, I’m doing my best to raise my two boys in a bilingual, sometimes trilingual environment. I just started a Spanish speaking playgroup here in Indonesia and so far I can see my two year old making progress and being much more motivated to speak in Spanish.

Great post! I consider my status as a nonconformist a badge of honor! Having said that, raising children with more than one language is very difficult when you do not live near an immersion school or in a community with a multilingual support system. Like you, I persevere by constantly seeking out language education opportunities and multicultural experiences because I know that it will enrich our children’s lives, and hopefully contribute to a more peaceful and interconnected world.