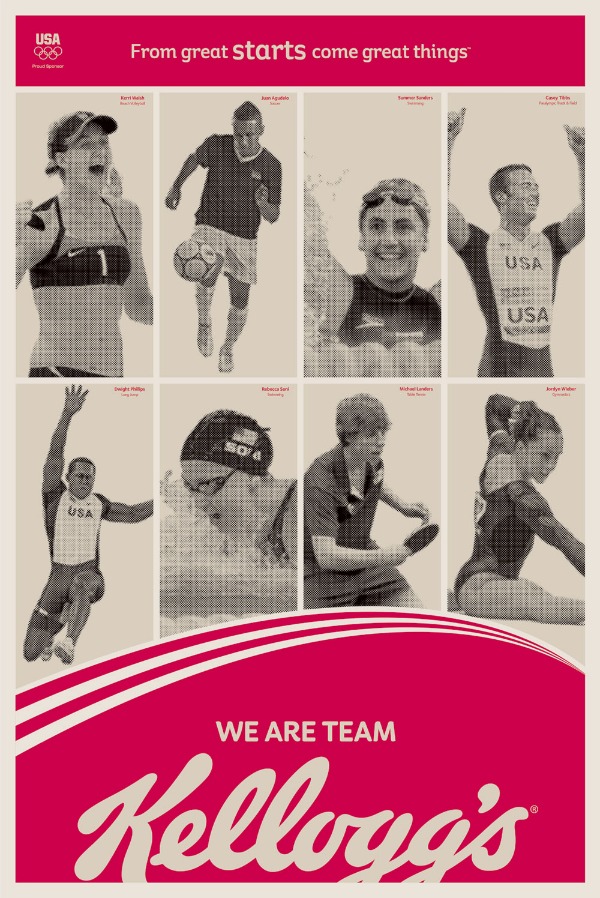 Think about it? Isn´t it all about the start? We all start our paths to great things somewhere; whether it´s a thought, a gut feeling, a passion, an intense drive to go after a dream or a goal. Not always are we aware of where that starting point that brought us to where we are is, but we can be proactive about creating those “starting” moments for our children. Just like that day you realized you wanted your child to hold the torch of your heritage and you made conscious plans to raise him/her bilingually.

That’s what the Kellogg’s Team USA Olympic campaign is all about – the importance of a great start for great things to come. And, of course, they advocate for a great start to every day with a nutritious breakfast. As official sponsors of the U.S. Olympic Committee, Kellogg´s has launched a campaign where they celebrate the Team Kellogg´s athletes and their inspiring start stories to countdown the 100 days to the Summer 2012 Olympic Games.

The eight Team Kellogg´s athletes are young women and men who have started with a dream of one day being gold medalists and many of them are well on their way to getting there. Kellogg´s has decided to not wait until they have crossed the finish line to champion them, but to do it now, from the start for all the potential it embodies.

One of those athletes is Juan Agudelo, a 19-year-old soccer star from Colombia who now plays for the New York Red Bulls in N.Y. and is on the U.S. National Soccer team. Check out the video below where you will see both Juan and his mom switch back and forth between English and Spanish when describing Juan´s enduring passion for soccer.

To meet the other Team Kellogg´s athletes and be inspired by their Start Stories, go to the Kelloggs/TeamUSA site or the Facebook page.

Disclosure: We are proud to be part of the  Kellogg´s Champions of Great Starts bloggers and proud to have Kellogg´s as a SpanglishBaby sponsor.

How Bilingual Parents Can Raise a Trilingual Child