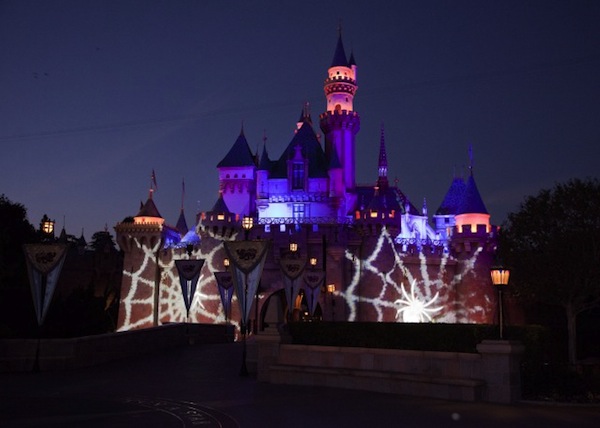 It’s almost that time of year again — Halloween and Day of the Dead are almost here! Even though some of us may still be trying to figure out what (and if!) to dress up as, the celebration has actually begun at Disneyland with Halloween Time.

Halloween Time at the Disneyland Resorts is when The Happiest Place on Earth gets a bit spooky with Disney villains, Mickey Mouse and his friends in Halloween costumes and  even a Día de los Muertos celebration.

Tickets have already gone on sale for the special after-hours Mickey’s Halloween Party which begins tonight, Sept. 27  at Disneyland Park, featuring the “Halloween Screams” fireworks spectacular, all part of the Halloween Time fun at the Disneyland Resort, through Oct. 31.

This will be our fourth year in a row going to Mickey’s Halloween Party and it feels like a family tradition full of so many memories now. My girl was three years old the first time we went and I thought she might be too young for it, but she still remembers the mad dash to be the first ones in the trick-or-treat lines and how scared she was when the “Halloween Screams” firework spectacle started and it was a ghost dog flying through the air instead of Tinkerbell!

As she grows older, it’s fun to see how much braver and mature she becomes. Last year she finally asked to go to the Haunted Mansion Holiday and, even though she admits it was a bit “spooky,” she still boasts about having been inside. Now she says she’s ready for more — though not Space Mountain Ghost Galaxy just yet. Papá will have to ride that one alone while we dance along with “Mickey’s Costume Party” cavalcade and check out some of our favorite Disney character’s costumes!

Mickey’s Halloween Party is definitely fun for the whole family, but I highly suggest you make purchase your tickets in advance. It starts tomorrow and there will be only 13 special nights in September and October, but it’s a separate ticket admission from a regular day at Disneyland Park. If you purchase your ticket in advance, you’ll not only guarantee it won’t be sold out on the night that you want to go, but you also get a discount rate.

For more information on dates, rates and all special events happening during Halloween Time and Mickey’s Halloween Party, go here.

Courtesy of the Disneyland Resorts, I’ll be attending with my family the first night of Mickey’s Halloween Party tonight. Follow our spooky party adventure on Instagram and get a peek at all the fun that Disneyland Park has put together for Halloween and Día de Muertos.

The Beauty of the Different Spanish Accents in Children

The Sacrifices We Make to Raise Bilingual Children

Seeing all the pictures on Instagram is making me want to go now. It looks like such a fun way to spend Halloween. Maybe better than trick-or-treating around the neighborhood even.

It really is super fun, safe and full of memories! My girl tried out a lot more “big kid” rides this time around. It’s incredible to see her mature each time we go!