The Sacrifices We Make to Raise Bilingual Children 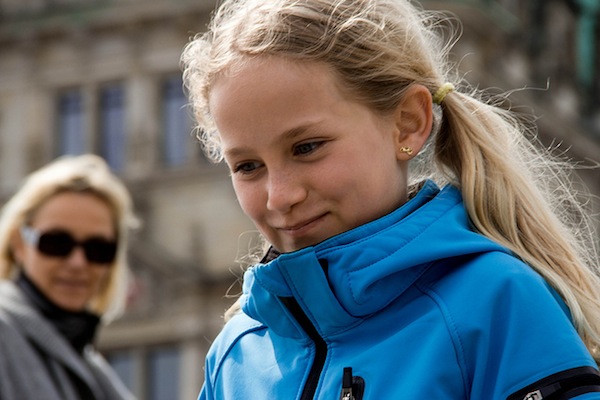 Overall, I am generally quite pleased with everything my husband and I do to further our sons’ bilingual education. But I am the product of my parents’ efforts to raise my brother and me bilingual, and occasionally I can’t help but compare my efforts to theirs. When I think of everything they did for us, I am keenly aware of two things. One, with all of our modern conveniences, we have it much easier. And two, they made way more sacrifices than I have.  Sacrifices that I did not think about much then but that I am keenly aware of now

We have a wealth of books, movies and music in Spanish. Most of it I am able to buy quickly and cheaply online. When I was growing up, there was one bookstore that sold books in English. They were not cheap, but when our parents took us there, money was never an object.

We Skype the tíos every weekend–or whenever we feel like it. Often on a mobile device from our patio.  My father called his parents in California twice a month, because the cost of a phone call was so prohibitive. When he did, it was such an event that he took notes during the call and we all had fun discussing them around the kitchen table afterwards. When I went away to college, my parents also called me twice a month. Calls were half an hour long–maybe thirty-five minutes long if we threw caution to the wind.

My children attend an English-speaking school, not a dual-language immersion school–though granted, this is mostly because of their special education needs. On Saturdays, though, I send them to our local Spanish school–which is inexpensive and five minutes from our house. I do not send them to the one with the excellent reputation, which costs five times as much and is far away. My parents sent us to a private school so that our high school diploma would be recognized in the U.S. and we could go away for college if we wanted to. Initially, they could only afford it because my father took a teaching job there, in addition to running the family business, so that we would receive a tuition scholarship.

My parents made sure we visited the U.S. regularly. I do the same with my children. And I suppose here, I do make a bit of a sacrifice. I am a freelancer, so I have to work like a fiend before and after our trip, and I take work with me so I can justify the time off. But I am very grateful for cheap ticket prices. While helping my mother clear out old papers, I found the receipt from the travel agency when we moved to Costa Rica in 1980 and my jaw dropped–the prices were way higher than what we pay now.

Even when I grew to love French and applied to spend a semester abroad and didn’t tell my parents until I had my acceptance letter in hand, they sold some business equipment to make it happen. I am humbled whenever I think of that.

I suppose you could say their efforts paid off. My brother and I both need both languages every day–I am an interpreter, he is still in Costa Rica and works for a U.S. company. We both grew up able to communicate with both sides of the family.  And in moving to another country when we were still children, my parents gave us a solid foundation in both languages and cultures, whereas the very idea of packing up and moving to a Spanish-speaking country is so daunting to me that I refuse to entertain it.

My parents never said, “You’ll thank us for this someday,” but I do silently thank them. Often. I am grateful for their sacrifices. And I keep them in mind when things seem difficult. Because really, I have it so very easy.

How This Busy Mamá Deals with Seasonal Allergies {Video}

3 Methods to Raise Bilingual Children
Starting Day Care Means Stepping Up Our Language Learning Efforts
Yes, it is a Great Idea to Raise them Bilingual!
2 Comments

Thank you for sharing! I paid for an expensive summer “camp” for my 2 year old this year. I think those kinds of gifts are worth it every once in a while.

Anyone effectively generate tremendously articles I’d personally condition. Here is the very first time I personally seen your online web page and therefore way? My partner and i stunned using the study you’ve made to build this actual posting extraordinary. Fantastic practice!