SpanglishBaby Dads: How A Meal Inspired A Father To Raise His Daughter Bilingual 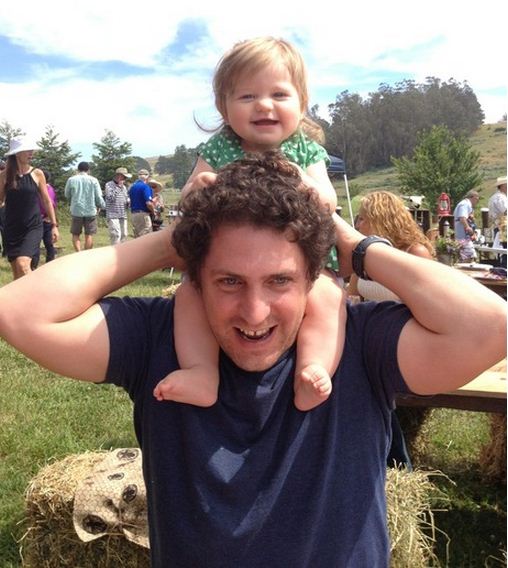 Editor’s note: We’re spending this week celebrating dads raising bilingual kids with guest posts written by them in honor of Father’s Day. We love having the dad’s perspective and hope this series encourages other papis to share their stories with us.

I first fell in love with Argentine asado several years ago on a magical New Year’s Eve in Mar del Plata, Argentina. It was my first trip to South America and I was meeting my wife’s large, extended family for the first time. We had caravanned together from Buenos Aires and decided to have a traditional Argentine barbecue at the family’s beach house before heading out on the town to celebrate the new year. What transpired was an unforgettable moment of falling in love with a new culture—its food, its wine, its cooking traditions, and its whole-hearted embrace of familia.

An Argentine asado is a lengthy barbecue, more akin to a fiesta, where family and friends gather for hours on end to eat, drink, talk, laugh, and generally live life at a languid pace unrecognizable by our fast-tempoed, modern society. I was so enchanted by the asado experience that I became an asador and promised to share my passion with the rest of the world.  So, I started Gaucho Garcia, an English-language resource dedicated to South American grilling.

When our daughter, Luna, was born last August, my wife and I knew two things: one, we were dedicated to raising her bilingual and teaching her about her family’s Spanish-speaking roots (I am of Spanish descent and she is Argentine). And two, we committed to educating her about everything related to Argentine cuisine. What better way to raise a bilingual child than to speak Spanish while teaching her the culinary traditions of her family?

In addition, since we were both fluent, we felt that raising Luna bilingual was one of the best gifts we could give her in this life. With so many primos in Buenos Aires and Madrid that we hoped to visit in the years to come, instilling Spanish at an early age seemed imperative so that she could communicate with her family during our travels. In fact, she will embark on her first international adventure to Buenos Aires this September for her cousin’s wedding.

For now, Luna is still just babbling and has only one tooth—not nearly enough to make it through the large portions of bife de lomo that I normally serve at my asados. In no time, however, she will be assisting her Papi with the preparation of la parrilla and helping her Mami in the kitchen with the family’s recipe for empanadas argentinas. And when she comes running to me one day, grinning from ear to ear, and says, “Papi, mira lo que hice en la cocina con Mamita!”, I will know that the commitment we made the day she was born has paid off… and we just might have that fateful New Year’s asado to thank for it all. 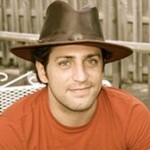 Gabriel García is an attorney and an asador living in the Silicon Valley hamlet of Morgan Hill, California. In 2007, he fell in love with South American barbecue after partaking in his first asado with his wife’s family in Argentina. Since then, he began blogging about asados and Argentine cuisine on his website Gaucho Garcia. He is father to a 9-month old baby girl, Luna, who he hopes will one day carry on the recipe for his world-famous chimichurri.

A Year In A Dual Immersion Kindergarten {Photos}

Congratulations on this amazing post! I’m an Argertinian living in USA who happens to be a Second Language Development specialist, and this story brought tears to my eyes. I totally understand the meaning and importance of growing up bilingual and the whole experience around a great asado. I hope your story is an inspiration to all those dads out there!!
ALL the best for your familia!

As soon as I read Gabriel’s post, I wanted to share it with all our readers. Although I’m not from Argentina, I did live there as a child and I have very fond memories of that time.

Luna is a very lucky girl to have parents who value bilingualism, biculturalism and a good asado!

Thanks for sharing your story with us, Gabriel, and Feliz Día del Padre!

This is so great! Gabriel sounds like a great writer and dad. More articles please

I am a big fan of chimichurri and empanadas, thanks for sharing Gabriel and happy father’s day!
Xochitl