Our Sneak Peek of the Cars Land Float for the 2013 Rose Parade! 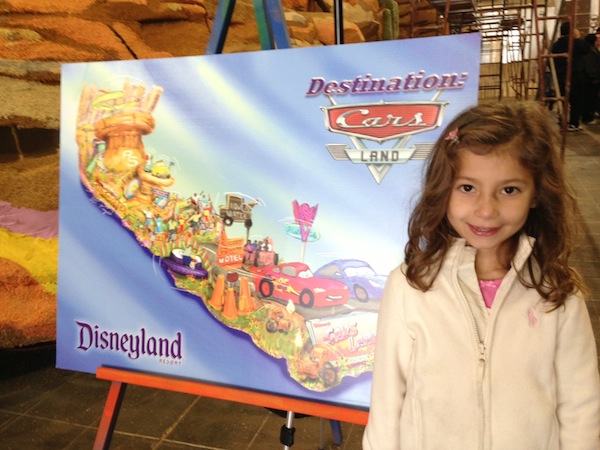 Cars Land, the newest land in the Disneyland Resort, is now also going down in history as a 125-foot long float in the 2013 Rose Parade!

I’ve been a fan of watching the Rose Parade ever since I can remember. I used to wake up early on New Year’s Day after staying up super late the night before in some classic Salvadoran party-all-night style (yes, even when I was just a child!) just to watch the Rose Parade in its dubbed-to-Spanish version. It was always such a treat to see these massive and gorgeous floats decorated with flowers, seeds, leafs and such parade along Pasadena with lively music and entertainment. 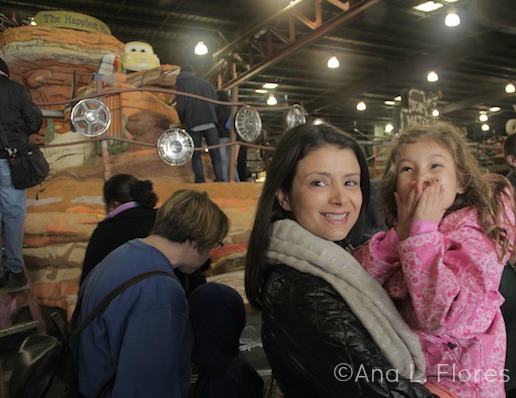 Little did I know that one day I would get to go with my family behind the scenes as a guest of the Disneyland Resort to learn how these floats are made. Click on over to my Babble Voices post to check out the pictures of my girl and I having a blast getting up close with the “Destination: Cars Land” float and some fun tidbits about the making of this special Disneyland Resort float.

Make sure you tune in tomorrow on New Year’s Day for the 124th Rose Parade starting at 8am PST and set your clock for the Cars Land float making it’s magical appearance at 9am.

Learning the Vocabulary of Childhood… in Spanish

¡Que bonita Camila! What a great opportunity to see Cars, my son loves it! Thanks for sharing!