Learning the Vocabulary of Childhood… in Spanish 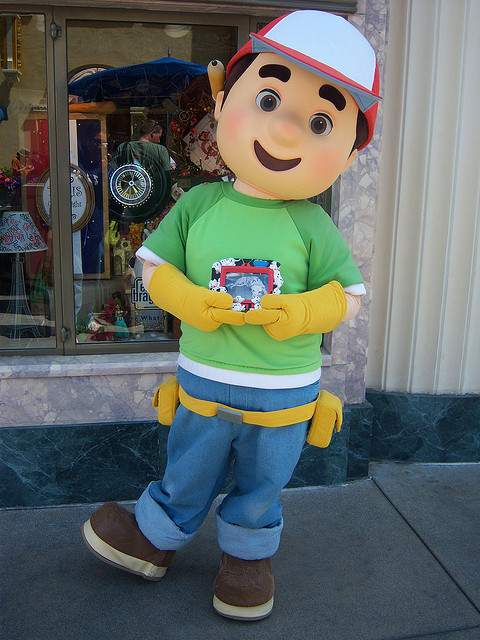 Handy Manny was the first to render me speechless. My twins were toddlers, and my mother-in-law had given them a Handy Manny tool box for Christmas. Awesome gift, hours of play time ensured. We ripped it open, started in with all of Manny’s tools, his martillo, his…his…. A whole set of toys were splayed before me and I didn’t know the Spanish word for any of them. El serrucho y el destornillador - somehow those words never made it into the Spanish classes I’d taken since I started learning the language in seventh grade.

Vocab lists for the countless types of trucks and tractors in this world? They didn’t exist either. I realized that over the years I’d gathered an extensive knowledge of Spanish, yet I was missing the vocabulary of childhood. As we began to read more books, explore more imaginary worlds, I needed a virtual dictionary or at least my husband, a native Spanish speaker, nearby to pinch hit. With time, though, my vocabulary blossomed, and each new word gave me that sense of discovery kids have when they learn something new. I played with each word as it rolled off my tongue, and tried to figure out how to weave my new expressions into more conversations and stories. Soon we were flying a cohete to the moon, 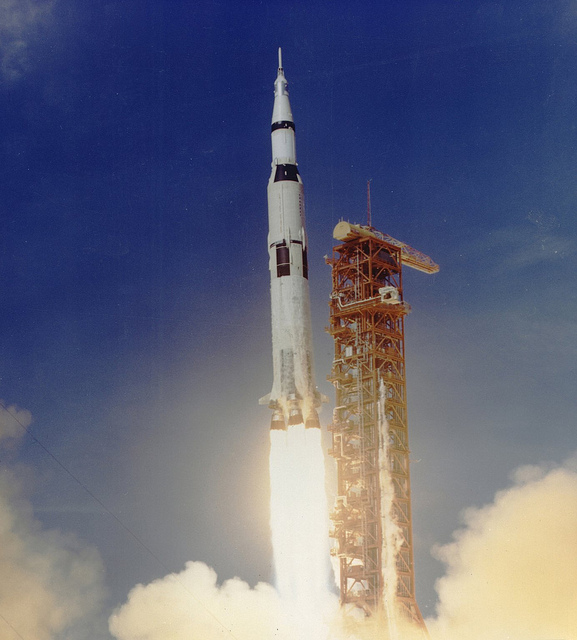 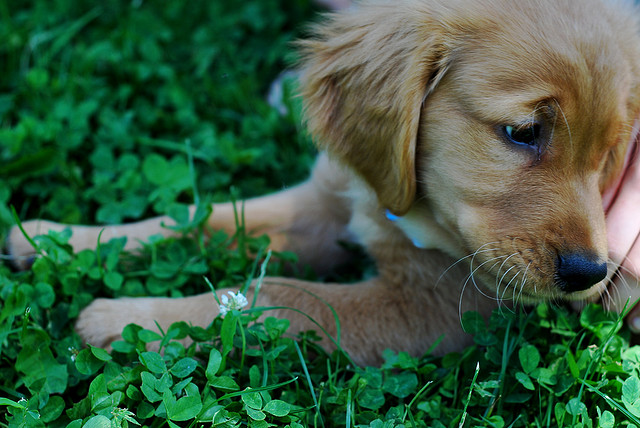 and learning about the licks and love of a newborn cachorrito. As my littlest learned to neigh and growl, screech, squawk and hiss, so did I.

When we first decided to raise our kids bilingual, I lamented that I’d never get to use the witty English-language sayings parents use to keep their kids in line – stored up over more than three decades of listening to my and other moms. I still have a hard time with the fact that some of my favorite children’s books aren’t translated into Spanish.

I try not to sweat it though. Truth is, I wouldn’t trade my new words for the world.

{first photo by Loren Javier , photo of puppy by  justmakeit }

Our Sneak Peek of the Cars Land Float for the 2013 Rose Parade!

A Fun Card Game to Teach Your Children Spanish
The Role of Religion in Language Learning
Spanish not your native language? You can still raise bilingual kids!
4 Comments

Great post. I think I’m in the same boat. Although I am a native Spanish speaker, I am more proficient in English and feel more comfortable speaking it. But, because we are raising our children bilingual, I speak only Spanish to them at home. There are times we are reading books and I can’t pronounce the words, or worse – my son asks me what an item is and I have no clue. When this happens, I go straight to the dictionary and/or ask my husband, who has stronger Spanish skills. My oldest son is 3, and so far it’s been “easy” speaking to him in Spanish, but now that he talks nonstop and the books we read to him are getting more complicated, I have seen how difficult it’s getting for me. But, like you mention, I wouldn’t trade it for the world because there’s nothing more beautiful than to hear your children speak the language that your grandparents once spoke. Those inconveniences of having to flip through the dictionary are minor to the advantages they are receiving being bilingual.

Absolutely, I’ve found myself able to accommodate all of the vocabulary of infancy from my husband’s home, but then my son began school at a Montessori dual immersion primary school and his teachers are from all over. The little differences in vocabulary have confused me on numerous occasions! I’m constantly reading and studying, hoping to keep up with our son’s fluency.

This is little off topic, but Handy Manny? It that a joke? Wouldn’t it be great if every Latino parent just turned off the TV….

She’s talking about a toy, not the tv show. Try reading the topic first before rushing to judgement.

Marika Lynch is president of Marika Lynch Communications, which helps nonprofit clients increase their impact through storytelling. Before opening the firm in 2008, Marika was an award-winning reporter and editor for the Miami Herald, where she covered stories from Tallahassee to Bogota. She earned her bachelor's in history and Latin American studies at Georgetown University and served as a Rotary Ambassadorial Scholar in Mexico City. She lives in Miami with her husband and three boys.

View all posts by Marika