The Role of Religion in Language Learning 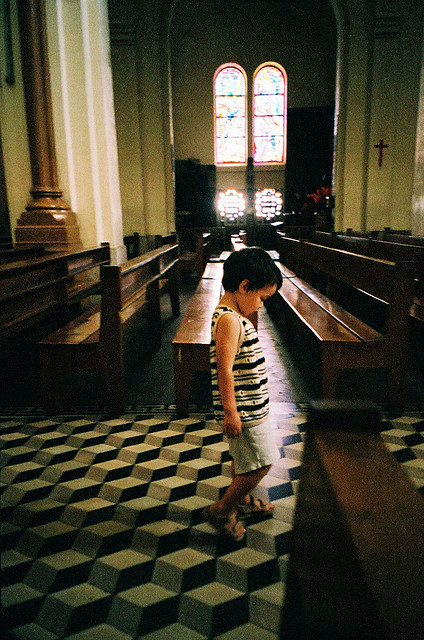 My interest in learning other languages can be traced back to learning Latin while attending Catholic school. Even as a young child, I was fascinated that there was another way to communicate, and I was always anxious to learn what the prayers and hymns in Latin meant. I attribute these early learning experiences to fostering my interest in mastering Spanish, a language derived from Latin, once I got to high school.

Recently I have become very interested in the role that religion plays in the learning of languages.Being raised Catholic, I was well aware that Latin was the official language of the Church. Many documents and laws are still maintained in Latin and the language is used as the “lingua franca” within the Vatican. Although not very common, it is still possible to attend mass in Latin as well.

No matter their country, culture or native language, Muslims use Arabic in daily prayers, when reading the Qur’an, and even in short linguistic exchanges with each other. To better understand their prayers and the words of their God, most Muslims study Arabic to, at the very least, learn the basics.

For Jews residing outside of Israel, it is common to study Hebrew as part of their religious education. Many Jewish children attend Hebrew school at least until they have their Bar Mitzvah or Bat Mitzvah. Religion and language are very connected in Judaism.

Even in my own family, the role of religion has played a crucial role in the learning Spanish. I am from a large Catholic family, but very few of my relatives speak other languages. The exceptions are those who are part of a religious order. My cousin who is a priest speaks Spanish and French. He can teach the languages, converse with his multilingual congregation and say mass in both languages. My aunt who is a nun also speaks Spanish. She spent some years working in Guatemala and Mexico, but now uses her linguistic skills by working at a church and school with a significant Spanish speaking population. Both were motivated to learn other languages as a result of the role language played in their faith communities.

I had always planned to raise my kids Catholic, and I am finding that once again religion will play a role in language learning.  We belong to a church that has mass in Spanish. When the boys are older, they will be able to attend their catechism classes in Spanish as well. Attending a church where Spanish is used not only gives my boys more input and opportunities to use the language, but it also provides us with a bilingual community where we will grow our friendships and faith, all in Spanish.

Filling Our Red Cup: A Symbol of Hope

My New Year’s Language Learning Resolution
The Symbolic Role of Language in our Life: Is it Innate?
A Solid Plan for Raising Bilingual Children
3 Comments

“Attending a church where Spanish is used not only gives my boys more input and opportunities to use the language” – I agree. I love attending mass because our Music Director has included Cuban, Spanish and Peruvian music.

I completly agree with your post. Both me and my husband were raised catholic in latin america so when we moved to the US over a year a go we immediatly started looking for Misa en español. We did attend mass in english a few times initially, but both of us found it left us feeling sort of empty. We eventually found a church with mass in spanish and we love it! Music is lively, songs all in spanish, though sometimes the priest will do part of it in english, they do try hard to do it all in spanish.
Overall my 2 1/2 year old daughter loves it and lookes forward to hearing Música en español.