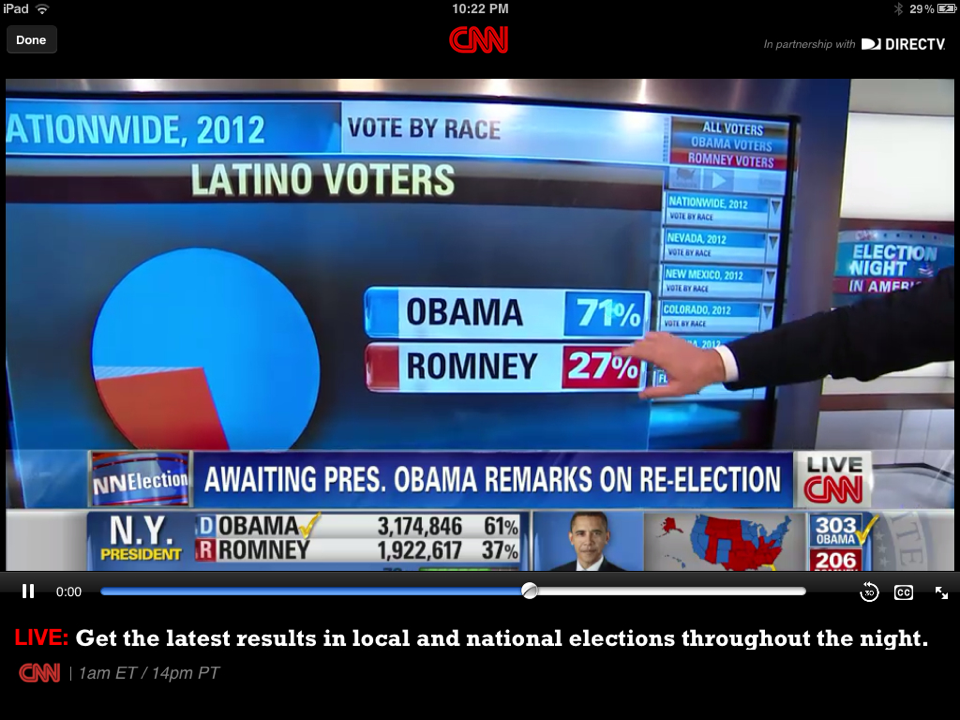 Note: Up until now we never wrote on this blog or our Facebook change who our candidate was or which party we endorsed because this site is not about politics. But now that the election is over, I have many thoughts I want to share. Thanks for this space.

We always try to stay away from politics in SpanglishBaby, but it’s unavoidable to talk about the most important event in our recent history: the reelection of our first African-American President, brought by in large part thanks to the 70-75% of Latinos that voted for Obama.

It’s huge not only because we can claim to be the largest minority, but because we’re not a sleeping giant; we came out in masses to vote for what the majority of us believe in. We claimed the right to be recognized, heard and have Washington create and vote on policies that affect our community and thus our nation.

I’m proud to be American. I’m proud to be part of the 16% of the population that identifies as Latina. I’m proud to be a Latina mom. I’m proud to be the mom of a girl of mixed-heritage that has the opportunity to learn in two languages because the parents and administration in our district believe that California’s ban on bilingual education is wrong, and we’ve found a way to ignore it. 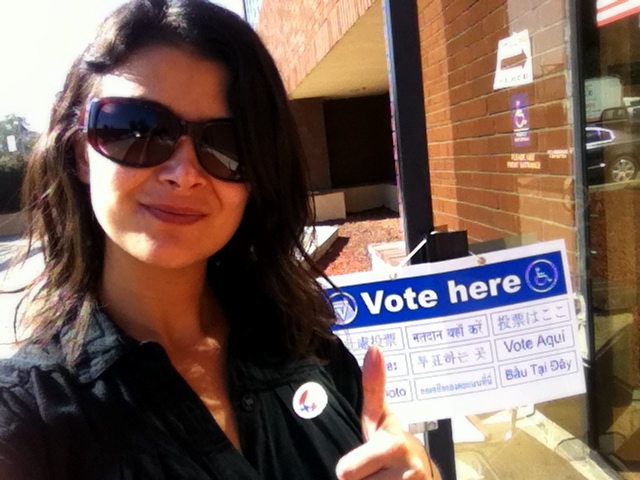 Regardless of your political affiliation or vote, I hope that you recognize the beauty in our community coming together and voting for what our children need.

I do hope that it doesn’t just stay on hope. I now have faith that Latinos will keep making a presence and keep putting pressure to get important reforms, such as the Dream Act, passed and make those we voted for accountable for their constituencies. We can’t be brushed aside anymore. We want real change. We want real access to education for our children. We want our heritage language — and all others — to be valued without it ever having to be seen as a threat to the English-language, but as a complement.

Not only that, we want a #LatinaPrincess (or, yes, a #LatinoPrince too!). We want our books to not be banned anywhere. We want Latinos in college — the largest minority group in higher education — to have everything they need to succeed and propel our nation forward. We want to coexist.

And now back to our regularly scheduled {awesome} content to make your raising bilingual and bicultural kids journey a whole lot more fun, easy and successful! If you’re new, grab a cafecito and start here.

Words on Wednesday, not so cute…

On Becoming a US Citizen & Voting for the First Time
Will My Grandchildren Speak Spanish?
Tips to Make Your Children See Why They Need to Speak Spanish
3 Comments

They heard us loud and clear!!! What an awesome feeling!!

So proud to have made a difference, and that our people’s diverse needs will be given the attention they deserve.