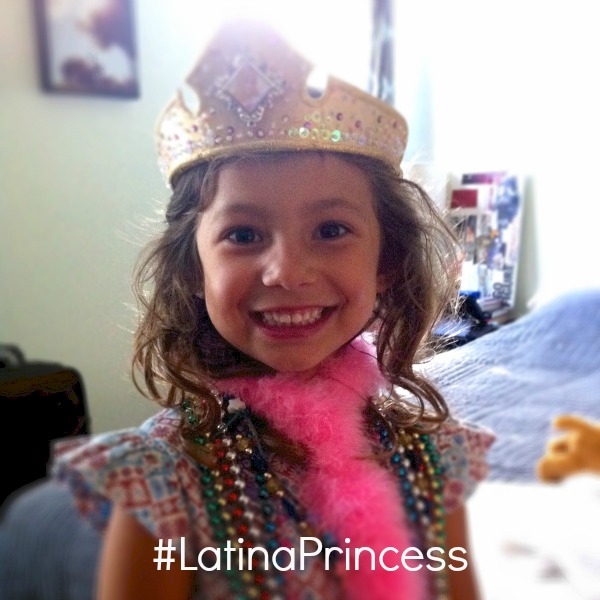 It’s been three weeks since the controversy of whether Disney Junior’s Princess Sofia the First is Latina or not exploded. I was skeptical from the moment I saw the first headlines proclaiming she was Disney’s first Latina princess were shared all over social media. I became obsessed with the story and in trying to get a quote from Disney that either confirmed or denied that the adorable Sofia was really “our” princess because I just didn’t believe she was.

For two days, I emailed and called Disney reps because I needed the madness to stop. I just couldn’t believe that the majority of Latinas and Latinos were so desperate to be validated by Disney that we read the headlines without stopping to think that this could be a mistake. But, more than anything, it crazed me to read all the comments and articles augmenting the tension behind the question of “Is she Latina enough?”

Why do we do that to ourselves as a community? Why do we have a measuring stick for what represents our culture “enough?”. If we know that Latinas come in all colors and from many nationalities and ethnic backgrounds, then why do we go around questioning any attempt of representation?

Three weeks later, I’m still thinking about it all because I just can’t shake off the feeling that all this uproar — which finally subsided a bit after Disney put out an official statement saying that Princess Sofia is basically from many ethnic backgrounds and represents us all in a fairtytale land — stems from a need we have for a respected and admired company like Disney to validate us. Yes, Latinos are the largest minority. Yes, the Latino vote will be stronger than ever in deciding this presidential election. Yes, Latinos over index in mobile usage, but we are still not major players in the small and large screens.

In fact, a recent article in The Hollywood Reporter claims that the secret to a hit movie is to lure in the Latino audience: ”According to MPAA research, Hispanics make up only 16 percent of the U.S. population yet represent 25 percent or more of those buying tickets to the cinema. They also go to the movies more often than any other ethnic group.”

The wound that was opened by the Princess Sofia controversy still bleeds because Latinos also have an immense adoration for all things Disney. Mickey Mouse and the princesses have been part of our lives every since we all can remember. My first movie in a theater was “Snow White and the Seven Dwarfs,” and I can still remember it. The first time I went to Disney World in Orlando I was 12 years old, but I had been wishing upon a star in El Salvador for many, many years before it actually happened. Disney, for many of us, is deeply ingrained with the American dream; nothing says American like Disney.

So now, here we are as a community making strides in so many ways, yet we can’t make it into that coveted spot of having Disney recognize the richness of our culture, our heritage, nuestra gente via that one symbolic image of a Disney Princess. An image that would travel the world. An image that would give us one more valuable tool to show our niñas y niños how precious their heritage is and have them be proud of it. An image that will finally validate us. 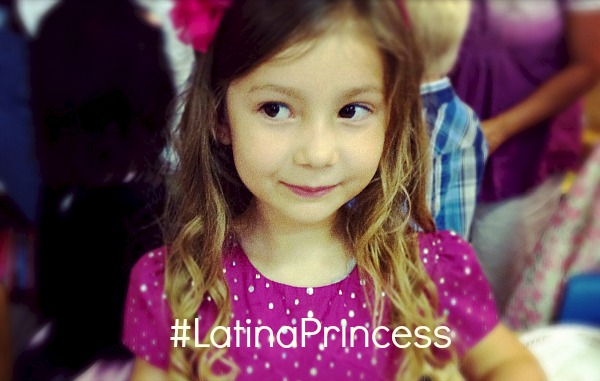 But, what does that image look like? How can Disney bring to life a Latina Princess that satisfies all the shades and colors in our community? How can they ever get it right without us becoming divisive in the process?

We want you to join us right now in showing Disney and all media what the Princesas in our lives look like so it can be an inspiration for when they finally do make a movie featuring a Latina Princess. We want to create a massive community canvas of pictures from all the real Latina Princesses. Let’s show them who we are and how bellas we are. Trust me, they are listening, we just need to speak up as a united community.

You can join us in celebrating the #LatinaPrincess in your life by:

My #LatinaPrincess and I will be at the Sofia the First movie premiere this weekend (she can.not.wait!) and we’ll be sharing that experience with all of you next week!

So now this is all yours. No more time to complain about what not is being done. Let’s make it happen!

UPDATE: By popular demand, we are also sharing pictures of the #LatinoPrince. Go for it! You can follow the action on Twitter here: #LatinaPrincess #LatinoPrince

How We Teach our Kids about Día de los Muertos

Disney Junior’s Sofia the First Is Supposed To Be Latina? Why I’m not buying it
Interviews from Disney’s ‘Sofia the First’ Lavender Carpet! {Video}
Mi Gente Finally Speaks Up….We Speak Up
21 Comments

Loved your pics! thanks for sharing!

Just posted a picture of my little niece #LatinaPrincess on your facebook page! Great idea and love your blog!

Thank you, Pamela! Loved her pic!

She’s sooooo beautiful!!! I’ve got to look for a photo of my #LatinaPrincess, but as soon as I find it, I’ll be posting it too!!! This is so great!

And now your little #LatinoPrince too!!

I have a beautiful princesa latina who is fully immersed in her Colombian roots and is fully bilingual. And as much as I understand the need to be more clear to Disney on what a Latina/o looks like, my daughter is blond hair (very blond), blue eyes and fair complexion. She resembles Cenicienta more than she does even Sofia the First. I want to raise my daughter to embrace what being Latina means, but in our family, that can look Lebanese, native Colombian and Western European. So while I understand what you are saying, we need to be careful with telling our children – especially daughters – what something must look like in order to be accepted as such. And I would want anyone, Latina/o or not, to accept my daughter for being Colombian regardless of what people think being Latina should look like. Regardless of the outcome, I applaud and respect your efforts. I probably won’t post her picture since it will mess your campaign up entirely

Oh, no Sandra! But that´s exactly our point! To show that we come in ALL colors, ALL shades, from many mixed ethnicities and races. If you see the picture of my daughter, she´s light-skinned and blonde. Her Opa is Dutch, so she has European traits and looks a lot like her Mexican-Dutch dad, but didn’t inherit his green eyes.
Please do share a pic of your daughter because that’s exactly what we want to create — a canvas that represents who we ALL are.

Excellent!! Thank you for clarifying and for being inclusive! I’ll post something shortly. Not that I have to tell you, but your daughter is beautiful. We have the Dutch element as well in my family, hence the Western European.

And, thanks for the compliment!

Thanks, Virginia! We´re loving it too!!

I just posted a picture of my latina princess on Pinterest.

Totally love that princess! This is a great idea that will show that what we really need is [several] princesses to be able to portrait our cultural richness and mixed race. I just posted my very own princess. ¡Bravo, una idea genial!

Posted my pics on Instagram! My girls are excited for Sofia the First too. I want Disney to hear our voices too, if nothing but to experience the beauty of our collective diversity.

wow, ridiculous how racially obsessed you americans are….. to children these princesses are colorless but you sick american adults are so obsessed with race, you even DEMAND now that cartoons for children have a race.

you make me sick

pd: drop the “we’re so latina it hurts bullshit” here in the real latin america NO ONE would consider your spanglish speaking butts locals, but a bunch of identity confused gringos!