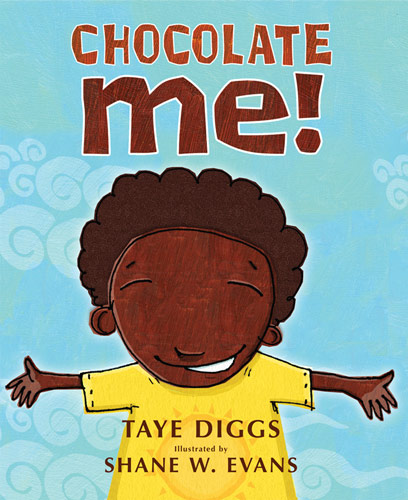 Just in time for MLK day and following the Fall 2011 release of the new children’s book, Chocolate Me, I had the opportunity to participate in a bloggers’ panel with actor and author Taye Diggs. Diggs, along with childhood friend Shane Evans, created this autobiographical story about a black boy who feels out of place in a class full of white children. He is preoccupied with his looks until his mother reassures him by telling him that he has “cotton candy hair” and “skin like velvet fudge frosting.”

At SpanglishBaby, we discuss linguistic difference and the beauty of cultural mixing often, but sometimes we forget to discuss how race plays a part in the way that our culturally enlightened niños interact with their peers. Because Latinos can be members of various races, it is important to share stories like Chocolate Me with our kids, whether they will have to confront racial identity issues themselves or simply be understanding of others who must do so.

I asked Taye how the lessons his book teaches apply to diversity unrelated to race, such as linguistic and cultural diversity. Here is his answer:

“…I think it goes back to the strength that we need to have as a family unit at home and to just provide as much of a positive perspective, including all of the races and cultures that your child possesses, so that when it comes to that point when he or she is  kind of forced to make a decision, the child either doesn’t and just says ‘I’m including all of this,’ or depending on however he’s been guided, can make a choice.”

I then shared with him that I am conscious of the fact that I overcompensate with my son’s minority language and culture, though it is not my native background. In other words, I flood my son with Spanish books and music, and Caribbean food, yet never emphasize his whiteness. I was encouraged by his response:

“…when we were coming up, my mother went overboard with the blackness because she figured anything white I would get as soon as I left my door. Depending on your neighborhood and where you grew up, but the United States, just as far as what we see in the media is still predominantly white and male outside of sports and music. So with me personally, I’m alright with going overboard on the emphasis as long as you’re not discouraging of any other races, because I just think the more positive the better. No one is ever going to have an issue finding a white role model, ever. Not for a while. So I’m all cool with pumping up the positivity of ethnic diversity.” 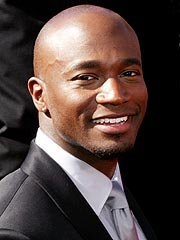 Martin Luther King Day 2012 has passed, but as we all know, maintaining the balance between inclusion and exclusion is a year-round, lifelong crusade. Having books like Chocolate Me, and resources like the corresponding website and Facebook page, gives us daily support as parents raising children in a country that is still (unfortunately) focused on white culture.

What Does “Hispanic” Mean to You?
We All Count
Santa Claus: Does It Matter What Color He Is or What Language He Speaks?
3 Comments

I recently read Chocolate Me and found it lacking. After the white children call out the chocolate boy’s differences (using racial stereotypes I thought), his mother lovingly explains the boy’s specialness then sends him off to his friends w/ cupcakes and it’s all ok.
So while a service to the child of color the book does nothing for the white children, it stereotypes them as being the name callers.
A good thing is that this book will allow discourse if read to children. I felt the story could have also addressed the group of boys, especially since they’re all friends; and we’re all a part of the human race.
I think the story could have had more of the mother’s loving words.
That said I am curious what others think.

Monica,
I do not view the portrayal of the white children in the book as intentionally negative, only as real. Taye had these experiences when he moved to a white neighborhood around age five. He is 40 years old, so this would’ve been in the 1970′s. The types of comments the children made about his hair and skin are not far-fetched.

As far as the mother’s role, it gets the message across in a quick and simple way. If the book had gone into depth about racial intricacies, it would not be age-appropriate (decipherable) for its audience.

Instead of interpreting any creative expression with a racial bent as disparaging to other races, we should try to understand the reality of individual experiences.

I can remember feeling badly for the 3 black children who arrived at my elementary school in the 1970′s. Yes, there were just those 3, in the entire school. And no other diversity either. These 3 kids were siblings adopted by a white family– everyone knew their whole story within 5 minutes. I remember questions being asked by the other children that seemed to bother them, and I did not understand why it did, but I well remember the looks on their faces. I can also tell you that as a child I was told all sorts of things about “them” which my parents never intended to be hateful. Any direct experience I had was limited to my parents telling us to lock the car doors when we drove through that area of town. When I was fresh out of high school my boyfriend and I decided to get an apartment, and “N*****ville” was cheap. Yes, people called it that. We were certainly the only white couple anywhere around there. My father installed burglar bars on our windows. I had a hard time understanding my neighbors speaking to me for the first few months. This was 8 miles from my mother’s house but almost a different world. And I am not from the South. In fact my hometown was one of the important areas in the Underground Railroad network and important in the abolitionist movement, and we are proud of that history. But people can be clueless without intending to be. Please don’t get the wrong idea about my folks. My parents are very good people and tried to teach us that every person is a child of God. It is easy to be misinformed when people are separated.
Having that experience as a young adult has informed me I hope somewhat. I give my first husband credit for supporting that our daughter was interacting in or out of school with the kids in our neighborhood, although being the only white kid was not always easy. And she is now 20 years old & is comfortable interacting with any kind of people. Nowadays I’m very often the only white person (besides her!) in a family gathering, on the playground or at school functions, as I’m now married to a Mexican and we live in a “diverse” neighborhood (diverse, somehow, in every color except white). I am still to this day constantly noticing the grace of people allowing me “in” when sometimes they themselves are not always allowed “in” among other circles, among people who wouldn’t hesitate to consider me as their own.
I’m always interested in hearing stories from people who lived through dealing with these concepts as children. Both my husband in very-small-town rural Mexico and me in my segregated world had much experience at all of the realities of this, before adulthood, and even as an adult it kind of blew our minds. Neither my husband nor I have really an idea of what it might feel like for our son being “mixed”. Or being classified as one or the other.
I like the way Taye expressed the rationale for going “overboard with the blackness”. I think we kind of know this in the back of our minds and it’s great to hear it expressed so well… something I may have to memorize in order to repeat it when questioned…
Definitely will be checking out this book! Thank you for sharing this information!