Oh Noah! Is back on PBS Kids Go! With More Bilingual Fun 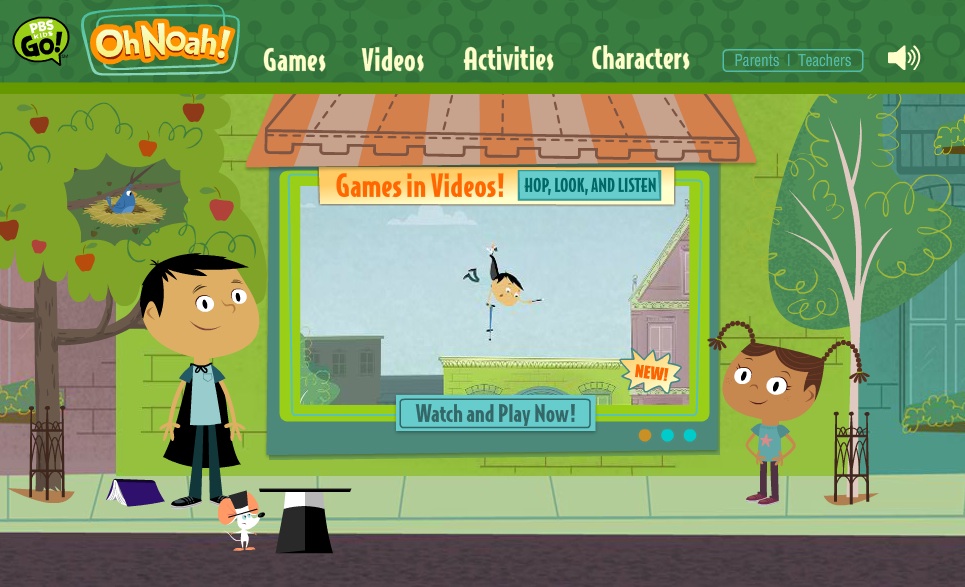 The PBS Kids Go! web series Oh Noah! formerly known as Noah Comprende is back with a second season! The web series is offering new animated interactive videos and games that help our niños practice Spanish. We’ve already raved about Oh Noah! before.  What’s awesome about this series is that it offers our niños a little bit of everything they love. As they watch an  entertaining clip of Noah they also get to play fun games that reinforce Spanish vocabulary.

We love this series because it features nine-year old Noah, who doesn’t speak fluent Spanish, but is staying with his Abuelita in a community where Spanish is everywhere. This is how Noah’s Spanish adventures begin. Noah faces challenges and language misunderstandings that he overcomes by learning a new Spanish word or phrase. In other words, Noah is learning Spanish through immersion, much like many of our niños do! Check out what PBS Kids Go! has to say about the series:

A goal of Oh Noah! is to help young children benefit from learning more than one language at an early age,” says Mariana Swick, bilingual educator and advisor to Oh Noah!.  According to the Center for Applied Linguistics, the benefits include improving a child’s understanding of his or her native language, having a positive effect on intellectual growth, enriching and enhancing a child’s mental development, and promoting more flexibility in thinking, greater sensitivity to language, and a better ear for listening.”

The new season launched May 3rd and is ready for all to enjoy. This launch also features “Curtain Up!,” which lets our kids tell their own story by picking a stage, set, props, actors, music, and a title. The fun doesn’t stop there! There will be more debuts to come later this month along with another interactive video, and games and video’s will continue to roll out in June and throughout fall. You don’t have to worry about our kids getting bored with the video’s currently available, because they will be refreshed with new vocabulary. There is so much smart and bilingual fun to be had with Noah!

My hubby just reminded me of this show earlier. Our daughters both learned Spanish watching it. Great memories! I love your blog too. I am a avid reader of it.