Back to {Bilingual} School: Tips for Older Bilingual Kids and Their Families 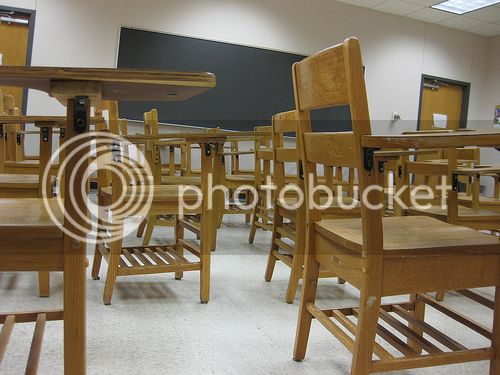 Editor’s note: This is our last post in our Back to {Bilingual} School week. While we tend to talk a lot about younger children, this post is perfect if you have upper elementary or even older bilingual kids. We hope the variety of posts we’ve presented here this week will help make the back to school transition easier regardless of your kids’ schooling situation. Oh, don’t forget to enter the awesome giveaways we’ve put together for you… you still have time.

The bus screeched to a stop at the corner and my youngest son gave me an impetuous hug before he took off running, ready for his first day of Fourth Grade.

“Adiós!” he called over his shoulder, as his Anglo classmates boarding the bus turned to look.

“Adiós, chiquito!” I called back, knowing that despite his age, he still doesn’t embarrass as easily as his 13 year old brother, and besides, the kids at the bus stop couldn’t understand us. “Te quiero mucho! Buena suerte y portate bien!” I said. He waved and smiled, and then, just as quickly as the summer had come, it was gone again. My children were both officially “back to school.”

What does this mean for me, besides valuable quiet time to write and a house that stays clean most of the day? It means my children just left hours a day of Spanish immersion and have traded it for a classroom where they will speak, read, write and hear only English. For a parent trying to raise bilingual children, this can be worrisome. The possibility that all the progress that was made over the summer will be lost is very real – but what can you do about it?

If you’ve been slacking off with your second language at home, it’s time to re-commit to using it as much as possible. Your child will have 6 to 8 hours of English while at school each day – they don’t need more of it when they come home. Whether you’re talking to your child, or talking to your spouse, use the second language as much as possible. Your bedtime story each night should be in the target language, too.

Encourage friendships with other bilingual children

If you volunteer in the classroom or attend a school function, seek out other parents who are raising bilingual children. Set up playdates, or if your child is older, simply encourage the friendship. If they become friends, there’s no guarantee they’ll use their second language together at school – but it’s worth a shot.

(Roxana did that beautifully with her daughter Vanessa when she went back to school this year!)

Use your weekends wisely

Saturday and Sunday are the only full days you’ll have with your child during the school year. Take them places which encourage use of their second language whether it be Spanish language mass at the Catholic church, a prima’s quinceñera, grocery shopping at the Latino Market, or a cultural event at a local museum.

At the end of last year my 13 year old tested so well that we were given the option to let him start Spanish one year early – ahead of his classmates. They didn’t have to ask me twice if we were interested!

Opportunities like this are not always made known to parents, so be proactive. Contact your child’s school guidance counselor and talk to them about how important bilingual education is to you. Ask what opportunities are available for your child, whether it’s an after school club or an elective course, there may be programs at the school that you didn’t know about.

Most schools allow older children to carry an iPod with them on the bus as long as it’s put away during school hours – and my 13 year old son has carried one for several years now. To make the most of his ride to school, I downloaded music in Spanish to his iPod.

The important thing here is, don’t force music on your child that they don’t like. The last thing you want is for your child to rebel and declare “all Spanish language music is stupid” just because you pushed them to listen to something that wasn’t up their alley.

You must find out what genre of music your child likes in English, and then find the Spanish, (or other target language), equivalent. Popular bilingual, crossover singers like Prince Royce and J.Lo are especially well received, but you will have to find out what your individual child likes. Most teenagers are music lovers and would welcome the invitation to talk to you about their favorite singers/bands – so make it an open conversation. Let them share songs with you so that you can share songs with them. (You may even learn a little bit about what’s on their mind based on the lyrics they identify with.)

(If your child is open to it, there are also free “Learn Spanish” podcasts available from iTunes.)

Our recent trip to El Salvador showed me the power of full immersion. We were there for only 12 days, but the changes in my children’s skills and enthusiasm far exceeded my expectations. They learned so many new words and were actually fighting over who got to talk to cashiers, waitresses, taxi drivers, etc., because they were so eager to use their Spanish. So, if you can afford it, don’t wait for next summer. Start planning a trip for winter or spring break.

Going back to school at summer’s end is inevitable, but with a little extra effort made at home, it doesn’t have to mean lost ground on their path to bilingualism. Stay consistent, padres!

I really needed this today!!! Great advice and it also inspired to write up my own story!

Thanks, Valentina! I went over and commented

This is a wonderful post! As kids get older they move beyond our family circle in so many ways, and that can mean beyond reach of the language too, unless we really make an effort. Your point about working with the school is so important. In middle school, our school offered Spanish, but my children already spoke Spanish. I arranged for them to be able to do an “independent study.” They went to the library and read Spanish language books, watched Spanish language news and wrote summaries of both to hand in to the Spanish teacher. I had to provide the material, but the school was great about letting them do something where they were actually learning. If you are lucky enough to have classes for heritage speakers, then a Spanish class can make sense, but a traditional class really isn’t useful for kids who have been exposed to the language. What is taught in a traditional grammar-based class (por/para, preterite/imperfect, object pronouns, etc) are things they don’t have any problems with. Rather, they need to read, read, read to build their vocabularies and write as much as they can. Or at least, that is one approach.

I’m sure there are others, but as you said in your post, it takes staying focused and redoubling the commitment.

Jennifer – that was such a great idea for your kids. I’m glad the school was so flexible and open to adjusting things to the needs of your children.

In my case, my kids are still much stronger in English. In Spanish, they make grammar mistakes with verb conjugation and masculine vs. feminine, etc. – so a Spanish class will be beneficial to them. This also helps them reinforce spelling since most of their Spanish exposure has been hearing/speaking. Their comprehension is excellent but a regular Spanish 101 class will help them fill in the other areas. Also, we don’t exactly speak formally here at home. My 13 year old knows that when you meet someone for the first time you say “mucho gusto” – but in Spanish class this week, he learned the word “Encantado” – which he had never encountered before.

Another cool thing is that on the first day of class, the teacher told native speakers to raise their hands. My son raised his hand and as a result he will be receiving a more difficult workbook than the other students.

Communication with the school is key. Every parent should work with them to adjust things to their own child’s needs as much as possible.

Thanks for your comment and for showing you sometimes need to think outside the box!

Nephew Tommie, Please come to Los Angeles and not Ontario. We need you to remember where you got your start on your UNCLE’S radio morning show, I do believe that was in Los Angeles. I’m sure the Nokia Theatre is big enough for you being the front runner and not Uncle Steve.

Hi there, i just wanted to drop you a line to say that i thoroughly enjoyed this particular post of yours, I have subscribed to your RSS feeds and have skimmed a few of your posts before but this one really stood out for me. I know that I am just a stranger to you but I figured you might appreciate the admiration Take care and keep blogging.

Hi there, i just wanted to drop you a line to say that i thoroughly enjoyed this detailed post of yours, I have subscribed to your RSS feeds and have skimmed a few of your posts before but this one really stood out for me. I know that I am just a stranger to you but I figured you might appreciate the appreciation Take care and keep blogging.