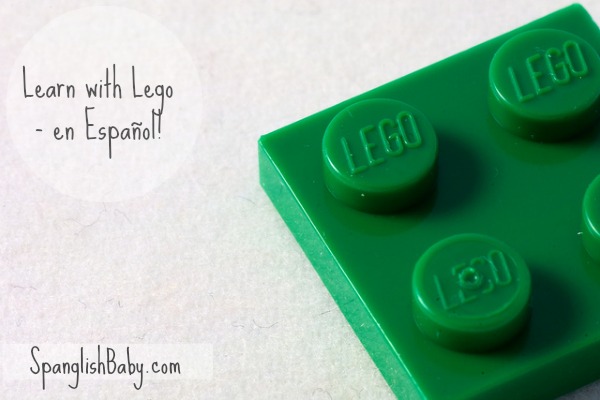 While Lego have never gone away, it seems they’re experiencing a resurgence in popularity. This past Christmas, every boy under the age of 12 that I know, had Lego on their wish list – my own 11 year old included.

Although Lego sets can be expensive, it’s one of those toys I’m willing to spend money on because of the quality. Mixed in with my son’s Lego collection are many of the Lego bricks which I played with as a child, and I believe that some of those once belonged to my father.

My personal preference is for the classic Lego sets and Lego City, but there are all kinds of sets these days including Star Wars, Harry Potter, Cars, Toy Story, Indiana Jones, Thomas the Tank Engine, Lord of the Rings, Batman, Spiderman, and many others.

Loved around the world by both boys and girls, Lego is known for its durability, quality and the fuel those little bricks provide to the imaginations of young and old alike, but did you know that Lego can also be a great tool for parents raising bilingual children?

How Parents Raising Bilingual Children Can Use Lego

When playing with Legos you can use your child’s target language to talk about the brick colors, their size, and how many you need; and since the objects you can build with Lego bricks are endless, the vocabulary your child can build is equally immeasurable!

In addition to the colorful, interlocking construction blocks themselves, Lego has a website in Spanish. The Spanish-language website includes products, news, and a “juegos” (games) area for the kids which is worth checking out. The games include categories such as “acción”, “estragia”, “aventura”, “creatividad”, and “preescolar.”

For younger children (ages 1 ½ to 5 years old), check out the Lego Duplo website in Spanish. Lego Duplo are larger-sized Lego blocks which are easier for little hands, (and don’t pose a choking hazard.) The Lego Duplo site also has a fun “juegos” section, downloadable coloring pages, and videos.

Want to play in a language other than Spanish? The website is available in over a dozen languages. Go to the Lego.com homepage and click in the upper right hand corner where it says “Change region.”

Does your child play with Lego? How do you incorporate language learning into playtime with toys that aren’t necessarily advertised as “bilingual”?

Toyota Buckle Up For Life {Giveaway}

31 Days of Reading in Spanish: Juegos Tradicionales
The Importance of Play in Raising #BilingualKids
7 Fun Board Games to Play in Spanish
4 Comments

We just started playing with Lego. My kids enjoy building towers but I never thought of teaching them Spanish with the bricks. Thanks so much for this idea!

Have fun, Ruby! … Lego is one of the few toys that I loved getting on the floor to play with my kids. Right now my 11 year old is more into the “mini figures” (Lego people), than building things, but that’s okay. The little Lego people are so diverse so it’s fun to talk about their different characteristics in Spanish, (male/female, profession, types of clothing, the expression on its face, the item it carries, etc.!)

. LEGO has always been an important toy for Danish kids.

Awesome site you have here but I was wanting to know if you knew
of any community forums that cover the same topics talked
about in this article? I’d really love to be a part of online community where I can get feedback from other knowledgeable
people that share the same interest. If you have
any recommendations, please let me know. Thanks a lot!