Dora The Explorer & Thalia Are Making A Splash {Video + more!} 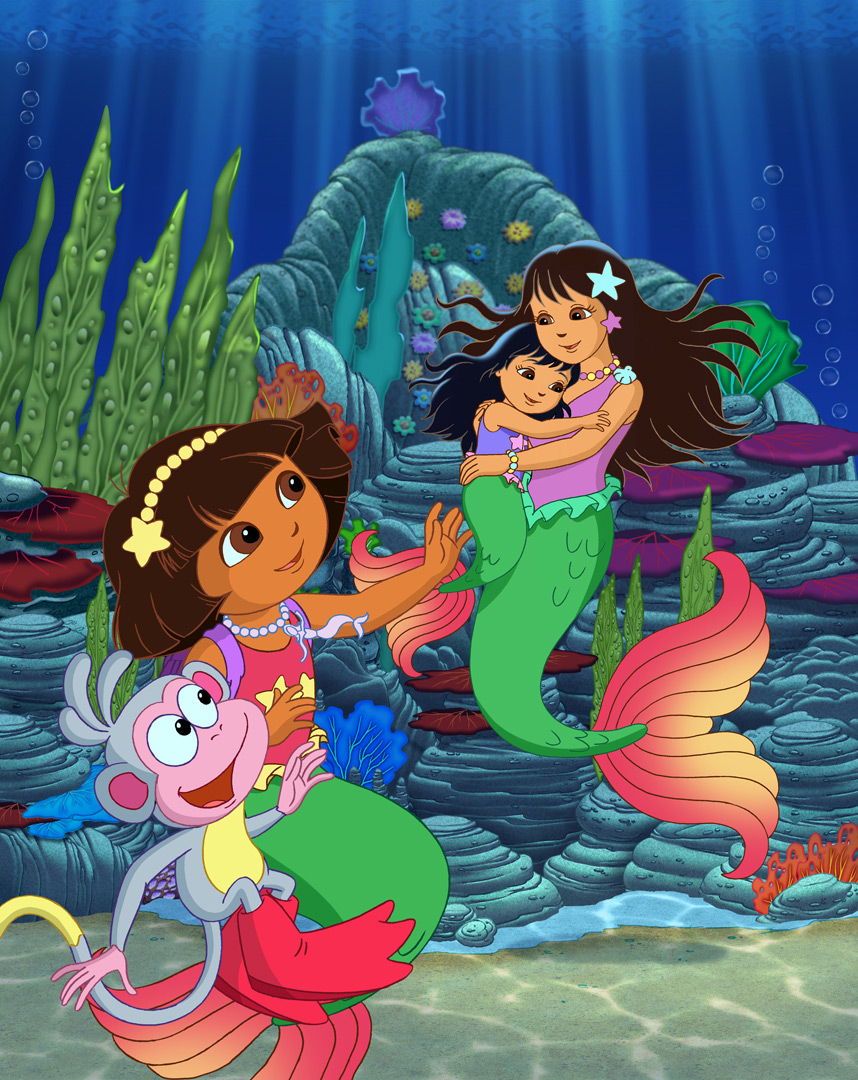 We are fans of Dora The Explorer here on SpanglishBaby, and have shared Dora’s story with you. Dora gets our little ones excited about being bilingual, and not just our Spanish speaking kids, but she’s definitely proven that kids everywhere, bilingual or not, can relate to her and enjoy learning about a different culture and language. It’s no wonder Dora is the most watched preschool program on TV!

This Friday, March 16, Nickelodeon is inviting us to Dora and Boot’s exciting aquatic adventure. The half hour special, “Dora’s Rescue in Mermaid Kingdom,” airs at 10am (ET/PT) and will feature Thalia! Yes, the international superstar Thalia will be voicing a mermaid who is trying to reconnect with her lost daughter. And, you guessed it, there will be plenty of singing involved!

Check out this video of Thalia and Dora singing en español the song Canta, Canta, Canta and then scroll down for a collection of online Dora games, activities, printables, podcasts and apps!

To show our love and appreciation for Dora–and because many of you have asked us!--we’ve put together some of our favorite online Dora resources and printables. Check them out below:

I just wanted to say gracias for this list! I’m going to download some of these cause Maya is obsessed with Dora!

Thanks for the marvelous posting! I quite enjoyed reading it, you’re a
great author.I will always bookmark your blog and will eventually come back later in life.
I want to encourage yourself to continue your great posts, have a nice morning!
Youtube.com´s last post ..Youtube.com

With havin so much written content do you ever run into
any issues of plagorism or copyright infringement?
My blog has a lot of exclusive content I’ve either written myself or outsourced
but it appears a lot of it is popping it up all over the web without my permission. Do you know any solutions to help
prevent content from being stolen? I’d genuinely appreciate it.
dog seizure symptoms´s last post ..dog seizure symptoms

At SEAT, they believe that a car should move the driver
in more ways than one. That is because Big G puts the
odds in their favor. Write down every person you’ve spoken to, sent a proposal or done business
with.
cracked games´s last post ..cracked games