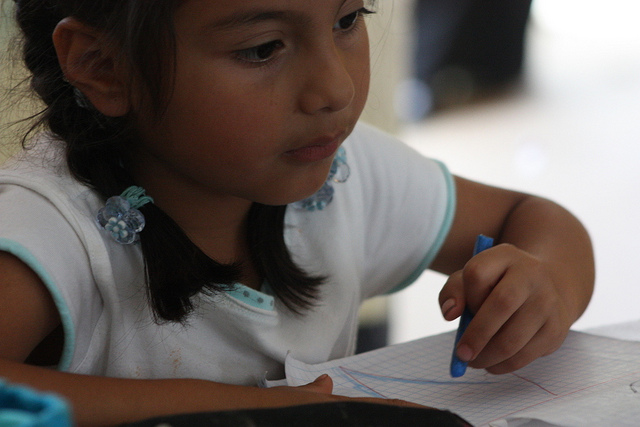 It is so easy to forget to speak Spanish when I am the lone native speaker in the house. After a long day of working in English, my mind gets stuck in the rut of English and my palabras en español are nowhere to be found. But in 2012, I saw that unless I remain committed to OPOL, it doesn’t work. This “one parent one language” thing is not easy, but it’s also not that hard, and it’s free, so while I can, I know I need to get las palabras flowing, no matter how tired I am.

For 2013, there are some things I need to recommit to in order to foster our bilingualism:

What are your Spanglish Resolutions for 2013?

Week in Links for #BilingualKids — Jan. 18

¡Feliz Año Nuevo 2012!
Having Spanglish Fun
Welcome Spanish and It Welcomes You
2 Comments

Thank you so much for this encouraging post! I definitely echo your resolutions….especially the “even if it means we consult Google Translate”

I am resolving to keep the palabras flowing too, and be happy with my imperfect attempts to expose my son to this language I love so much. Have a blessed year!