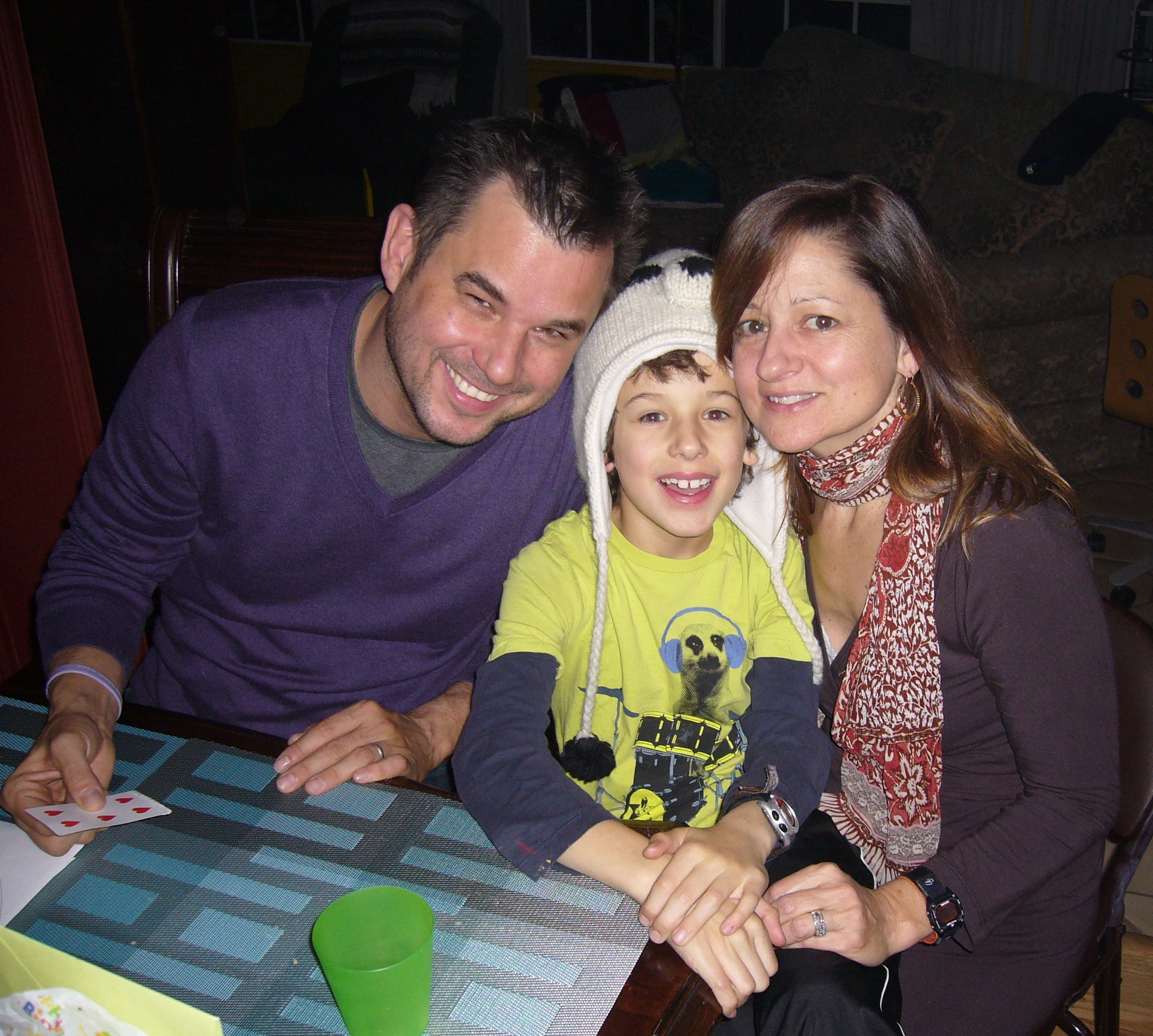 Note from Ana: I was recently made aware through a friend that February 29 is Rare Disease Day. This friend has a child with Pulmonary Hypertension, considered a rare disease and one for which there are no therapies available for children yet. I invited her to share with us her family´s story with this rare disease.

Our son, Lucas Miles Van Wormer, was only four years old when he was diagnosed with Idiopathic Pulmonary Hypertension in November 2006.  PH is high blood pressure in the arteries of the lungs that can lead to heart failure.

It had been a difficult year, health-wise. We’d been in and out of the doctor’s office many times that year, as his “asthma medicine” seemed to be working less effectively by the day. (We had been living with the misdiagnosis that Lucas suffered from ‘exercise induced’ asthma.)  One particular morning, he was under the weather more than usual. Lucas’ regular doctor was out that day. As fate would have it, we saw an on-call pediatrician who suggested a chest X-ray to ensure his lungs were not infected. Fortunately, Lucas didn’t have pneumonia, but the X-ray revealed something else – an enlarged heart. We were quickly referred to a pediatric cardiologist. My husband, Steve, and I thought we’d be in and out of that office with a dismissal of “it’s nothing to worry about.” Many hours and many tests later, we were told the most difficult news of our lives – that Lucas had PH.

We were told that there was no cure for PH, but different treatment options were available to help manage this chronic illness.

On one of the long stressful evenings, as we waited to see a specialist at UCLA’s Children’s Hospital, Lucas woke us at 4 a.m. He said his “heart was hurting.” We raced to the E.R. He had an extremely elevated heartbeat and low oxygen saturation, and was subsequently transferred by ambulance to UCLA. One heart cath later, little Lucas received a firm diagnosis and began treatment: Revatio, Tracleer and oxygen therapy.

As parents, we were devastated. Lucas is our only child.  Steve and I began the education process to learn all we could about PH, so we could also teach our friends and family about it. We gained our greatest strength from our blessed boy, Lucas Miles.  During those first months, he taught us how to live with PH through his easy-going nature, taking his meds, never questioning, never complaining. He’s become fascinated by and in-tune with his body. We read a lot of science books together about how the body works. He knows which activities “make his heart go fast.”  Lucas no longer takes after school sports classes but rather enjoys yoga and art classes.

Since beginning treatment, Lucas has responded so very well to his meds. It’s like we have a different child. He calls the Revatio his “octopus Medicine” because it tastes like octopus! (Perhaps because he’s a huge Beatles fan – or sushi fan… or both!) He’s been such a brave boy every time he gets his Tracleer liver function test, where he asks for the “butterfly pinch.”  He also thinks his Medic Alert “Rattle Snake” bracelet is super cool.

Steve and I know every day is a gift.  We have tremendous hope for the future, as we see the advances in PH treatments and research as well as the reversal of symptoms his drugs have already brought him.

It’s now been 5 long years since Lucas was first diagnosed.  He continues to thrive on his oral PH therapies.  While there have been many advances in Pulmonary Hypertension since his 2006 (there are currently 9 medicines to treat PH in adults), NONE of these therapies are FDA approved for children.  That’s why the Pulmonary Hypertension Association is committed to funding groundbreaking pediatric research.

I invite you to support the work PHA is doing to help provide hope for children with PH. Learn more at www.PHAssociation.org/BarstFund.

Finally, I’m proud to share this PSA Lucas and my husband Steve produced about Children and Pulmonary Hypertension and the importance of PH Research.  Please feel free to share.

Marina Van Wormer was born in Buenos Aires, Argentina. She spent the majority of her career working in International Publicity for Warner Bros. Records with artist ranging from Madonna, Alanis, The Red Hot Chili Peppers and Michael Buble. She now splits her time between caring for Lucas and working part time. Her husband, Steve is a writer and producer who currently works for Fox Sports. Lucas is in 4th grade and juggles after school art programs and voice over work including radio and tv commercials and animation.

Danny DeVito Speaks In Four Languages (including Spanish!) as The Lorax

I never knew that there was a Rare Disease Day. Thank you for making me aware of it. My heart goes out to all the children who face this every day. They are so brave to face this head on, and with smiles too. We really do need more support for research into these areas, for disease management, and ultimately, for cure or prevention.

Hello our kids associate! I have to say that this article is usually wonderful, good published obtainable by using just about all vital infos. I wish to expert extra threads like that .

I’m developing a site site and I was thinking of switching the template.Yours looks pretty decent! You could visit my web site and tell me your viewpoint!

Thanks , I’ve just been searching for info about this topic for a while and yours is the greatest I have found out till now. However, what in regards to the conclusion? Are you sure about the source?|What i don’t understood is in fact how you are no longer really a lot more well-preferred than you might be now. You’re very intelligent.