Danny DeVito Speaks In Four Languages (including Spanish!) as The Lorax 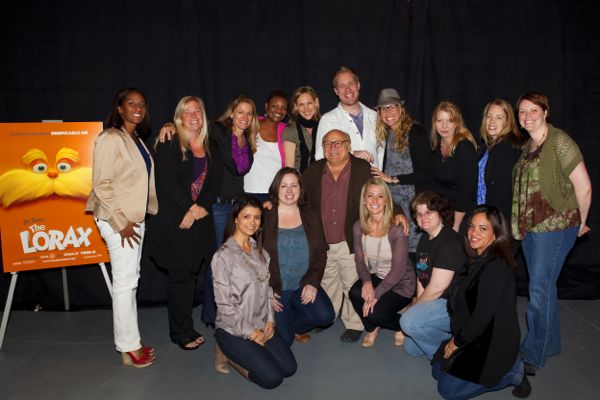 A couple of weeks ago I was invited to be part of a group of bloggers who got the change to screen Dr Seuss’ The Lorax and then sit in roundtable interviews with several cast members and crew. Meaning, I got to meet icons like Betty White and Danny DeVito, who plays the Lorax and, as such, “speaks for the trees.”

Danny DeVito was dead on as the Lorax. So much so, that the producers at Universal couldn´t imagine anyone else playing his part so well in the Spanish, Italian, German and Russian versions. They decided that not only should DeVito speak for the trees as the Lorax, but also for those of who watch the dubbed versions. Universal asked him if he would do those versions-knowing fully well he wasn´t fluent in any of those languages!-and DeVito graciously agreed to take the multilingual plunge! He actually had to do five versions (not including the English one!) because he did both the Castillian and the Mexican Spanish ones!

We asked him all about this experience and why he would even go through the trouble of doing it. Watch this video where you can see him with the Spanish voice coach and hear his español; then read on for an entertaining excerpt of our interview.

How long did it take you to learn the four languages?

Danny DeVito: Oh, well, here’s the thing about that. I didn’t learn the languages. I’m the guy in school who went and took Latin forever and just couldn’t even say open the door. I speak very little Italian from just the home slang. And it wouldn’t ever, ever fly as a dub job for Italy.

So, the way I did it was I had two translator expert people who know the language and all the inflections and the proper way to say the words. And then, I had another person from the country in the booth. We had the picture in English with my voice. And what I wanted to do was make sure I got the performance big time, and also, they were there to police the pronunciation so that the inflections were right.

So, I did Spanish twice because one of them, you speak with it. They don’t even say Thneed. They say something else because Thneed, it would be some word you don’t want to say probably.

And then, the Italian was really fun. And the German turned out to be one of the most challenging right away.

Imagine you’re climbing Mt. Everest, right, and you’re at this certain place where it’s a flat spot and you can still see the peak up there. That was Russian. I said, are you crazy? And it was some points in time where I did the dubbing stage for days and you get up to go get a coffee or a tea or a something and ask yourself, “What do you do?”

But they’re going to appreciate it. And it wound up sounding really good. I’ve heard a lot of it. I play it back a lot. I’m very, I don’t know what you call it – I guess a perfectionist. But, you really want to make sure you’re doing it.

And I had these two poor people on the other side of me repeating it and saying the lines over and over again and me looking at the phonetic spelling.

Why did you decide to go through the trouble?

Danny DeVito: First of all, I like to do different things. I like to challenge myself. And I knew it wasn’t going to be a piece of cake.

Once I got it in my head that I was going to do it, I said, I’m not going back out now. I’m going to just go.

You’ve taken your clothes off and you’re ready to dive in the river. You’re not going to back off.

My whole family was saying, boy, that’s really great. Imagine going to dinner one night and thinking, I’ve got cold feet, I don’t really want to do it, it’s going to take too long.

Dr. Seuss’ The Lorax (El Lórax) hits theaters this Friday, March 2nd. You won´t want to miss this one, trust me. Watch and share The Lorax trailer on Facebook, plus watch clips, play games, get free mobile downloads and download printables.

Check out our giveaway for a chance to win a prize bundle which includes a copy of Dr. Seuss’  The Lorax book in Spanish, plus other fabulous goodies.

Inside the Bilingual Mind

Is It Rude to Speak Spanish in Front of Those Who Don’t Understand?
I Am The Mom Who Speaks Spanish
My baby speaks a multitude of languages for now…
1 Comment

What dialect was he using? I noticed when he was saying “ahora me llamas” he said it like a Colombian.