Last month we launched My Bilingual School Library Contest, something we´ve been wanting to do for over a year. We took so long because we were constantly debating over the best way to conduct it so it would seem fair and unbiased to all.

We chose to open it up to popular vote, but failed to see beforehand the many flaws in the way the system was set up. Since many things got out of hand, we decided to close off the contest and find an alternate way of choosing a winner.

We decided to make it a random drawing amongst the seven participating schools. The winner will receive a $500 bilingual library and the other schools will get a $100 donation from SpanglishBaby.

We decided to record on video the random drawing so there would be no doubts. The image is a bit blurry because of the computer screen, but I also have a screenshot.

And the winner is……Aldama Elementary in Los Angeles, CA. Congratulations! 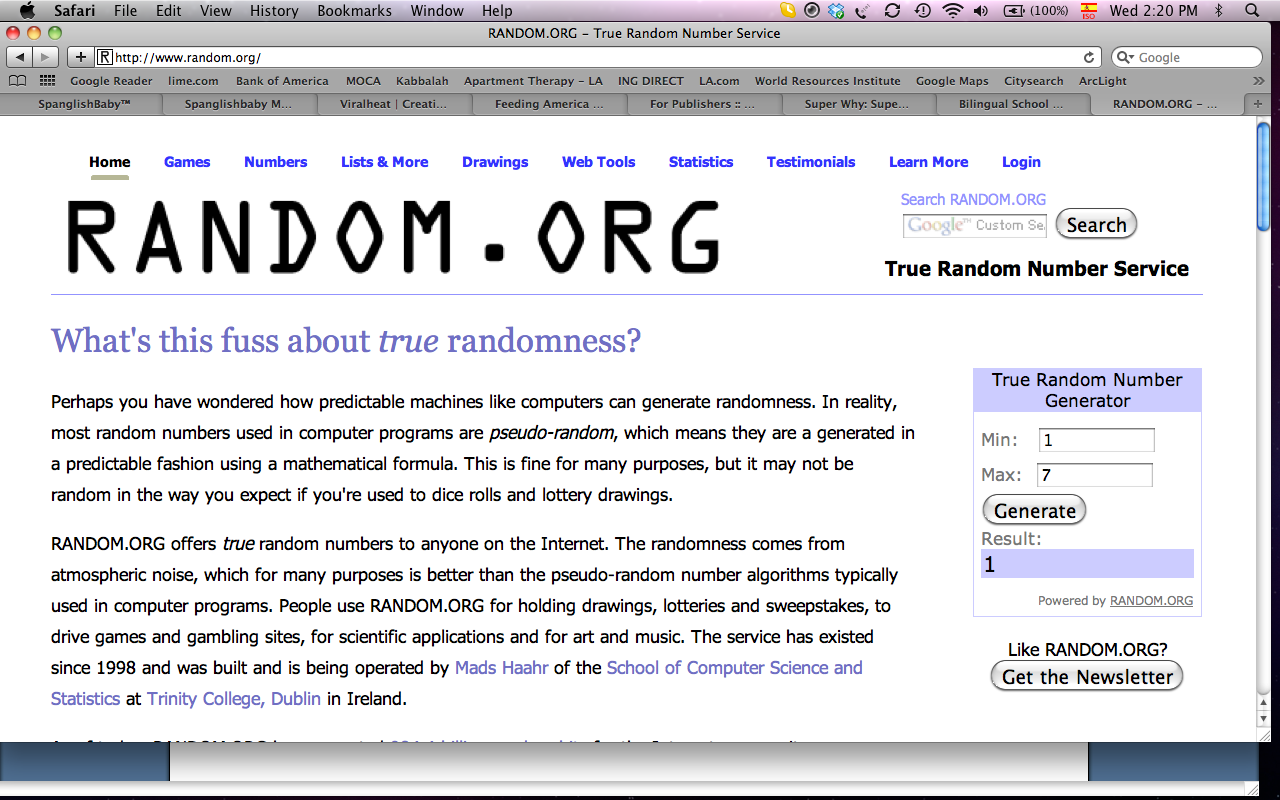 Need Your Advice To Decide on the Best Pre-School Option

To Teach My Daugther to Read in Spanish First or Not?