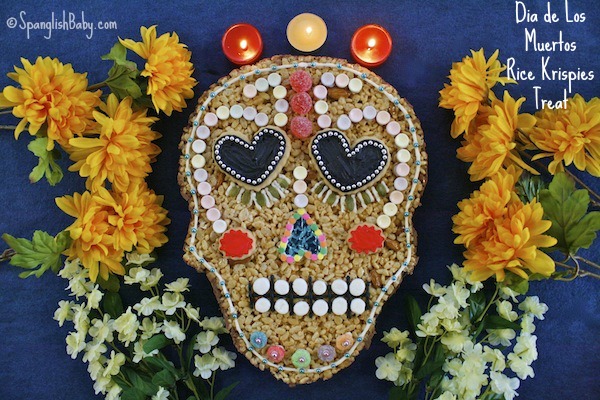 It was one of those days…. I was missing my Tio who passed away 3 years ago.  With Dia de Muertos / Day of the Dead (Nov.2nd) around the corner, I decided to start building an alter in his name.  I put on his favorite song “Miss You” by the Rolling Stones and played it loud on repeat.  Choked up with tears stuck in my throat, I tried my best to belt it out and get to the rest of the song without a complete break down.  The title “Miss you” seemed perfectly appropriate.  My Tio loved Kellogg’s Rice Krispies, he use to eat them all the time.  He also loved his caramel, so why not combine the two to make the perfect treat.  My family has always observed Dia de Los Muertos but it takes on a completely different meaning when you are honoring a close family member dearly missed.  I dedicate this recipe to him and hope that where ever he is now, he’s eating his favorite foods with his friends having the best time.

I decorated my calavera with the following items:

Spray a 9×13 pyrex glass baking dish, one pot, a big mixing bowl, and mixing utensil with non-stick cooking spray.  Set to the side. 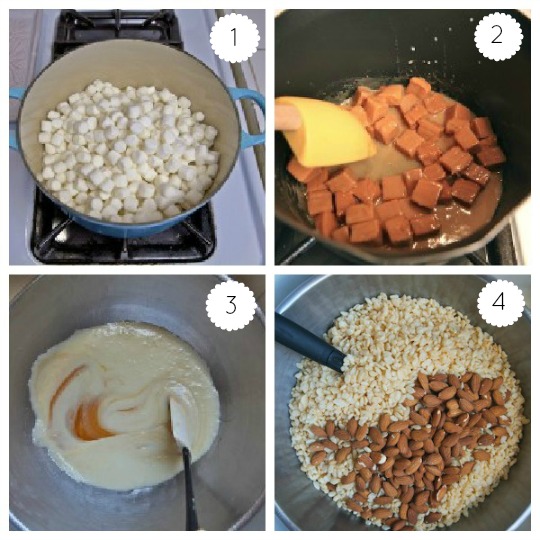 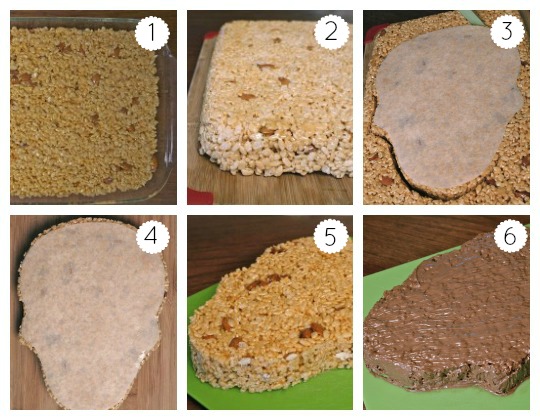 Once the chocolate is completely dried, take a small knife and run it along the edges to detach it from the cutting board.  Then flip it over and remove the wax paper.  Chocolate surface down, exposed Rice Krispies on top.  Then decorate as you wish.  Pull inspiration from my photo or anything else that makes you happy. To you and your loved ones departed or living this Dia de Muertos. 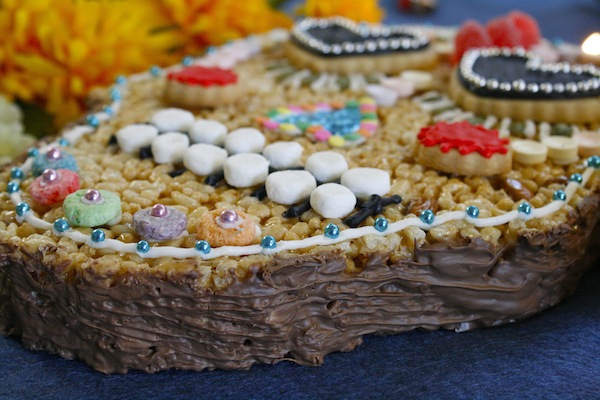 Disclosure: We are one of the Kellogg’s Champions of Great Starts bloggers and proud to have Kellogg’s as a SpanglishBaby sponsor.

From Great Starts Come Great Things
A Nutritious and Traditional Snack for Halloween and Day of the Dead {Video}
Cultures Intertwined: Halloween VS Dia de los Muertos (Day of the Dead)
12 Comments

@Sarah….I’m glad it brought you some inspiration.

OMG this looks so amazing! You are a food stylist extraordinaire! Plus it’s so perfect for Dîa de Los Muertos! Thanks for the inspiration!

If the above treat is any indication of how special your uncle was, then he must have been very special, indeed. As for the treat…. Madre de Dios ten piedad!

She will always outdo herself!

Thank you for all the support and amazing compliments both Ana and Yvonne. xoxo to you both.

I adore rice krispies treats! They really do remind me of my childhood. Thanks for the nostalgia and for sharing this story about your bond with your Tio.

This is awesome! I’ll have to try mini sized ones for the kids this year thanks for sharing!

WOW these are fantastic. We’ve been making treats all month, but nothing like these. Maybe I’ll try these next year. Nicely done!