The Women That Make OZ The Great and Powerful 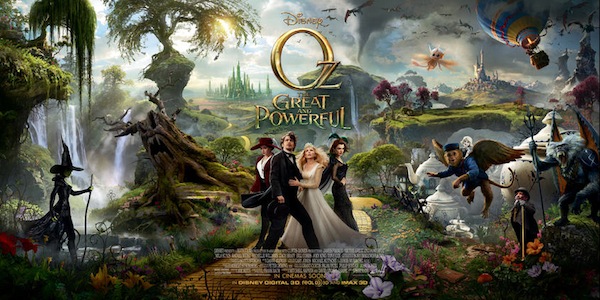 As I sat in the theater watching Disney’s “OZ The Great and Powerful” one phrase came to mind: “Behind every great man there’s a great woman.”  In director Sam Raimi’s vision of the origins of the beloved wizard from Frank L. Baum’s “The Wonderful Wizard of Oz” books, there are actually three great women, plus one precious China Girl, that help reveal the true greatness and power of Oscar Diggs, a small-time circus magician who’s unmoral ways lead him to a path straight to the Emerald City to fulfill a prophecy.

I can identify with the feeling Sam Raimi had of wanting to know the backstory of this man that rules a land through his “greatness”  but that we know nothing about how he got there in the first place. During a press junket for the movie, Raimi revealed to us that “Every filmmaker knows when you make a book into a movie, the first thing you have to do is kill the book, unfortunately.  You’ve got to re-create it.  But I decided I could be truest to the fans of Baum’s great work if I recognized what was great and moving and touching and most effective about those books to me.  Just to me.  And put as much of that into this picture as I could.  And that’s so I was not slave to the details.  But I was a slave to the heart and the soul of the thing.  In as many ways as I could express it, I put it into this movie.”

The heart and soul I extracted from this wonderfully beautiful and extravagant 3D film is that women are truly what make OZ tick. Yes, witches they may be, but every one of those witches has an emotional quality that stings Oscar Diggs precisely where needed to bring out the Great and the Powerful in him.

And who, exactly are these women in the world of OZ? 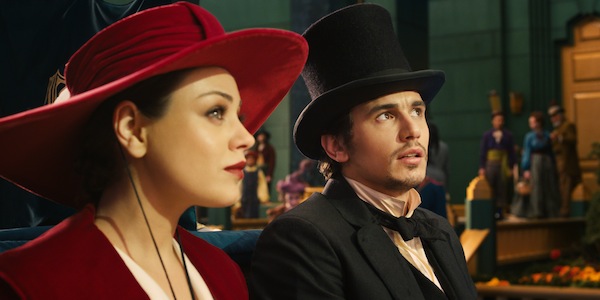 Brought to life by Golden Globe nominee, Mila Kunis, Theodora is a young and tormented witch that is just seeking to be loved and accepted. As the youngest sister under two eccentric and powerful sisters, she carries the torch of peace until that flame is extinguished by a love not corresponded.

As Mila Kunis shared with us, “Here’s a girl who’s incredibly naïve and very young and doesn’t believe she’s almost worthy of love, has never really truly experienced love.  Meets James’s character [Oscar Diggs]; falls madly in love with him very quickly and then gets her heart broken.” 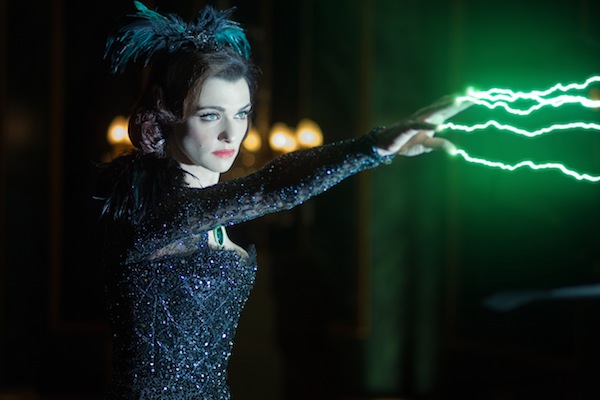 Theodora’s oldest sister is played by Academy Award winner Rachel Weisz. Evanora is the witch who rules over Emerald City and that is driven by pure evil, disdain, ego and vanity. She’s so blinded by her emotions and lack of confidence next to her sister Glinda, the Good Witch, that she’s ruling with fear and an unmeasured sense of power.

Rachel Weisz describes her character best as looking “a bit like a bird of prey and slightly militaristic.” That’s definitely the tone she set for her and pulled of so well. Her character is majestic with thunderbolts flying out of her hands, which Rachel admitted to us to being the best part about playing a witch, aside from flying on a broom! 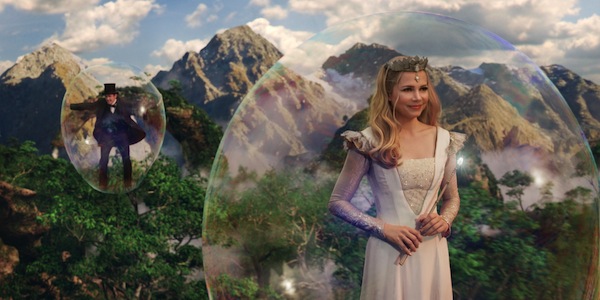 Three-time Oscar nominated actress Michelle Williams is the beautiful and serene Glinda, the Good Witch. Glinda personifies the classic glowing woman that is not only beautiful outside, but also inside. I can’t give much away about her character’s arc or story, but I can tell you you’ll want to jump in a bubble ride with her anytime!

“OZ The Great and Powerful” lands in theaters on March 8th!

Hugh Jackman’s Bedtime Story for His Son: Real Steel
One Click Can Help Share One Million Breakfasts With Kids in Need
Celebrating Haitian Women on International Women´s Day
No Comments