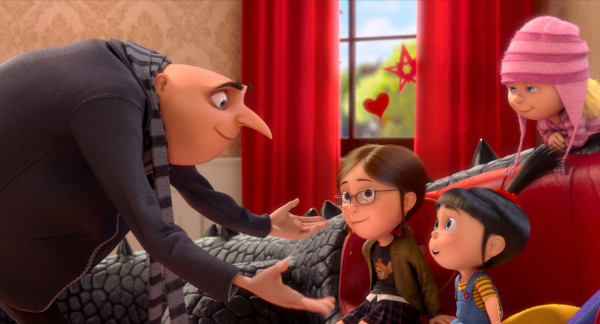 Despicable Me 2 hits theaters next Wednesday, July 3rd! The sequel picks up with Gru (Steve Carrel) trying to survive life as an ex-villain and new family man. Gru is now father to Margo, Edith and Agnes. But just as Gru was getting used to his new life he gets a surprise visit. Lucy Wilde (Kristen Wiig), an agent for a secret organization dedicated to fighting evil, attempts to recruit Gru to help catch a mysterious villain whose identity they dont know yet. The rest is a fun-filled journey with more minion madness than ever before and the return of an old villain turned good guy from Gru’s day, El Macho (Benjamin Bratt).

Despicable Me 2 is the perfect family movie to kick off the Fourth of July weekend. There are laughs for adults and kids alike as well as music that everyone will enjoy. Since we had the chance to ask some of the actors behind the lovable characters about their inspiration for their characters, the overall movie,  and how they’ve enjoyed the movie as viewers, we want to share some of their fun and insightful responses below. 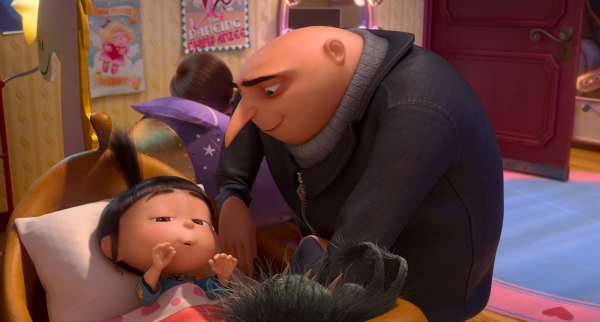 “Mi kids dig it… I think the film is in truth aimed at everyone. And as it happens I was a huge fan of that first film and I went and saw that film with my wife as a date movie — I didn’t even bring my kids. Subsequent to that they’ve become huge fans of the first one, watching it over and over again on DVD.” - Benjamin Bratt

“There are certain things that struck me about the story. One, that Gru is looking, he’s searching, for what he’s going to do and …ultimately he is looking for something that will fulfill him, which I think is a relatable thing for parents because when you do have kids, I’ve found, it becomes all about the kids and it’s very easy to lose your sense of self within that and you do kind of have to keep your career and that side of it intact. I think that ultimately makes you a better parent as well.”  - Steve Carell

“Ken has threee kids. I have three kids. … I think it’s kind of like every man is the villain until he has kids and then they soften us up. But it’s also, how am I going to rule the world with these three little monsters always around me? Always asking me for juice. I can’t do it! So absolutely we draw from [our experiences.]” - Cinco Paul & Ken Daurio (Writers of Despicable Me 2) 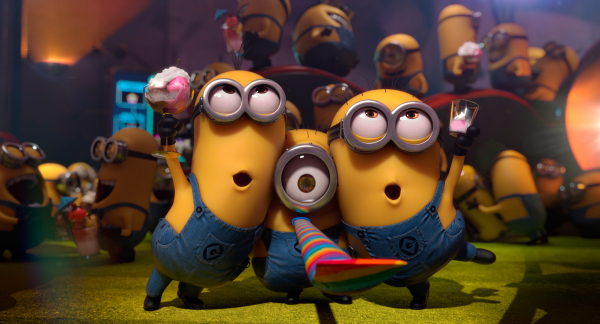 The Music of Despicable Me 2

On the inspiration for the Despicable Me 2 song “Happy.”

“What about the happier side of things?…. Us as a species, we needed to go to a lighter place. And I think that these guys ingeniously sort of predicted that this is where it would go, and they actually used Gru — the guy who was least likely … to ever be happy about something. They chose him to be the guy with a really good mood and attitude. I was just so happy, pun intended, to express that for him.” – Pharrell Williams

“I loved the music. I’m one of those people that really pays attention to music in films. And the first time that I saw this movie I said oh my gosh it’s so different and it’s Pharell and its modern and the music in the second one I think is so, so good … It kind of sets a different tone for the movie. How do you not like Pharell?” – Kristen Wiig 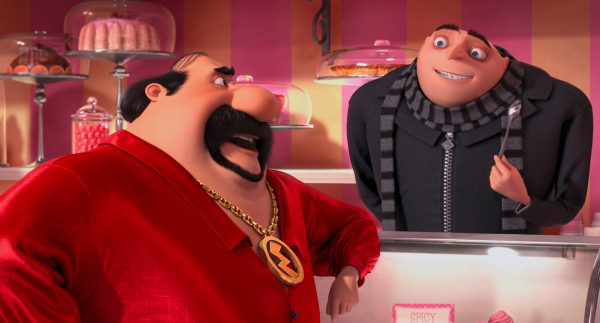 The Appearance of El Macho

On the new character “El Macho” and the inspiration behind his creation.

“Well as you know my name is Cinco. I was born on Cinco de Mayo…. Because my name is Cinco and I grew up in Phoenix I had a lot of exposure to Latin culture ….I think that inspired this idea. This villian “El Macho” I think that the name came first and everything else came after that and we loved the idea of this villain.”

Ken: “El Macho, the scary intimidating Latino guy is basically my father-in-law… [He's] from Argentina. We did have his name ‘El Macho’ and we thought Gru just wants to be cool he wants to be mister have-it-all-going-on so what’s the exact opposite of that? The opposite of that is super macho who has it all together and so it just kind of evolved. The name ‘Macho’ took us to that place.”

Delivery Man Trailer Debut For You!

hyperlink I love, result in I found what exactly I was having a look regarding. You have wrapped up our Five day time long look! God Bless you gentleman. Have a very good day. Bye