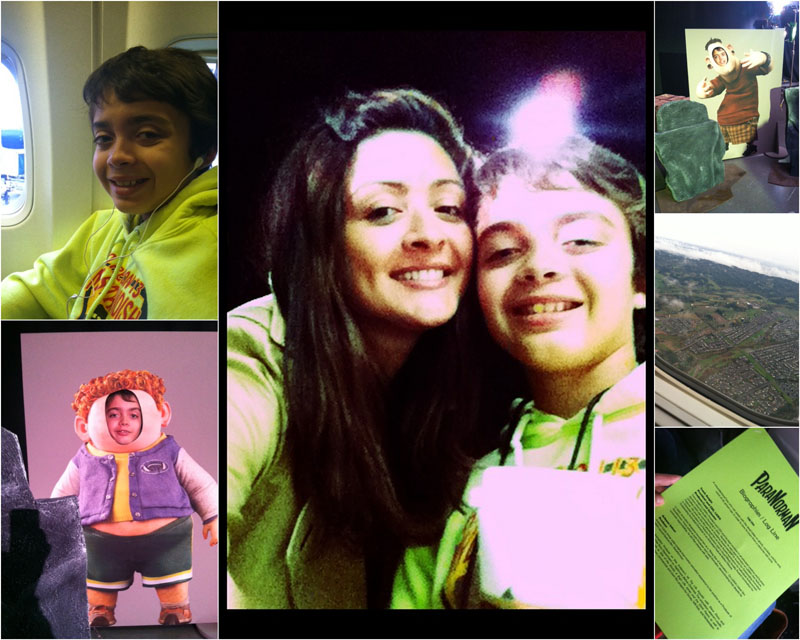 Not too long ago, we were invited to meet the amazing animators and master minds behind the upcoming film ParaNorman. As you can clearly see, we had the best time ever. We were flown to Oregon and were welcomed by the talented team at LAIKA Studios with a behind the scenes glimpse of stop-motion magic. 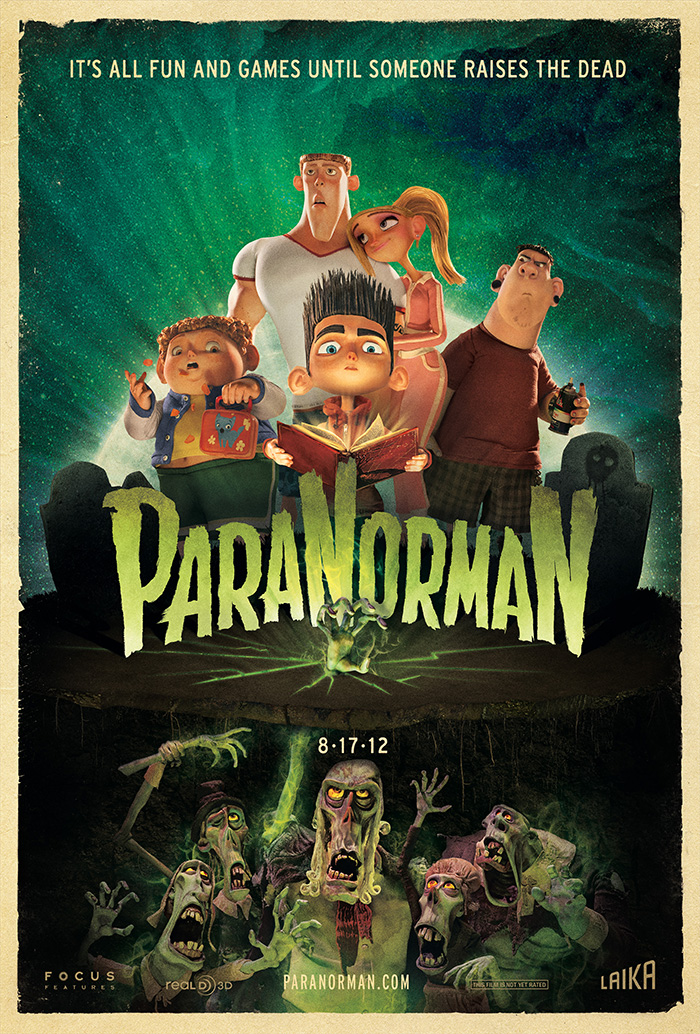 ParaNorman is a 3D stop-motion comedy thriller from the folks who brought you Coraline. Norman is a bit of a ghost whisperer in a town that comes under siege by zombies. Tons of ghosts and witches make their appearance along with a few pesky bullies who just don’t get Norman and a best friend who is so endearing you will fall in love him. 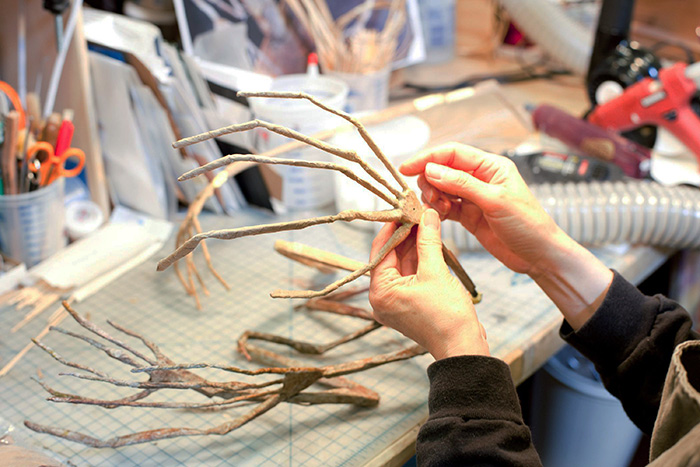 If you look closely you can see the face is almost like a mask and the fingers are all moveable. What fun it must have been to create these puppets and give them life! ParaNorman is the first stop-motion movie to use a 3D Color Printer to create replacement faces for its puppets. Over 31,000 individual facial parts were printed for the production. 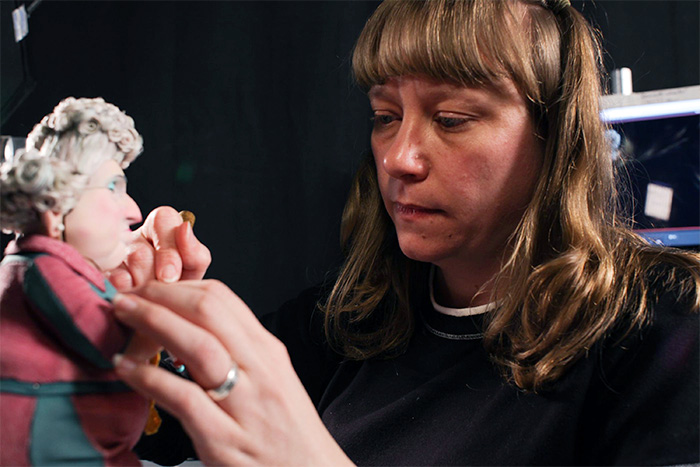 The tour took us right into the extraordinary world of ParaNorman. The set-ups boasted of incredible detail that left us all in awe. And the characters were beyond impressive with their ability to emote and connect with the viewer. Norman has about 8,000 faces with a range of individual pieces of brows and mouths, which allows him to have about 1.5 million possible facial expressions. The stop-motion process is incredible, and seeing it first-hand gave us an even bigger appreciation for this art form. In fact, we were so inspired by the film, we created our own little stop-motion video called The Rescue!

Thanks so much to Focus Features for treating us like VIP!

An Immersion Adventure In Mexico | Coming Back Home
1 Comment