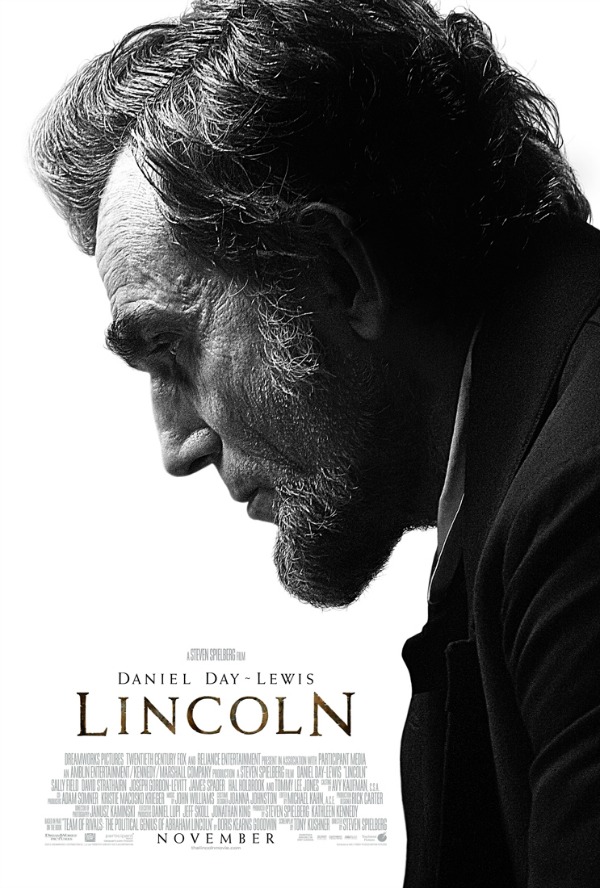 Editor’s note: Michael, a 13-year-old homeschooled teen, is the son of Rachel Matos, one of our occasional contributors and fellow blogger. He had been anxiously awaiting the premiere of “Lincoln,” so we decided it would be great to encourage him to attend an advance screening and give us his personal review.

A year ago, I heard that Steven Spielberg was going to do a movie about my favorite president Abraham Lincoln. I’d been excited ever since. When they released the cast information for the film, I saw some names I recognized – such as James Spader, Tommy Lee Jones and Joseph Gordon Levitt. However, the name I did not recognize was the actor picked to play Lincoln – Daniel Day-Lewis. My Dad is in the movie marketing business and was coincidentally working on Lincoln. I asked him to tell me about Daniel Day-Lewis. His reply “He is one of the greatest!” Later that day, we watched one of his films – Last of the Mohicans. I was amazed! I felt like I was watching history, and I started to wonder how he was going to portray Lincoln – as a president and as a father.

I grew a deep interest about the life of Abraham Lincoln three years ago. My school class had to do a project on an icon in American history. We were assigned people randomly. Although I quietly hoped I would get Martin Luther King Jr. (Another one of my favorite historical figures), I was assigned President Abraham Lincoln. I went to the library and got a book called Abraham Lincoln by Tanya Lee Stone. After learning so much, I became obsessed and checked out two other books and got more information about Lincoln online. I learned a lot about his family and about his friendship with Ulysses S. Grant – the 18th president. The thing that I liked the most about Abraham Lincoln was that he seemed to have a big heart and that he ended a huge part of slavery.

I finally got to see Lincoln last week at a pre-screening. I think if you are going to pick an actor to play Abraham Lincoln you have to get the best. This movie has the most believable acting I have ever seen. Steven Spielberg showed more than the struggles that Abraham Lincoln went through as a president. He also showed that Lincoln has a sense of humor and loved to tell stories. The film also explores his relationship and struggles with his son Robert Todd Lincoln (played by Joseph Gordon Levitt) and the relationship with his wife Mary Todd Lincoln (played by Sally Field). The film shows Lincoln’s life after his re-election and right after the death his younger son William. It was a very rough period in his life. Daniel Day-Lewis shows that his character seems happy on the outside but in a cold and dark place on the inside, who is struggling with his family relationships and the loss of his son. You can see it in facial expressions and the way he would deliver his lines. You knew he felt lots of pain but couldn’t show it.

My guess is that this movie will win a few Oscars and I really think Daniel Day-Lewis will win for Best Actor … again. Lincoln comes out November 16th. I highly recommend you go see this film. You will not be disappointed!

Gamification in Education and Language-Learning

Time To Give Back With Help From Hanes
Mexico’s President Takes Us On a Royal Tour
Hugh Jackman’s Bedtime Story for His Son: Real Steel
2 Comments

WOW! you did such a great job Mikey! I can’t wait to go see the movie now too!
Awesome!

I had no desire to watch this movie as history movies are not my type. Mikey, your review and point of view has changed that. I’ll be sure not to miss Lincoln now. Thanks!