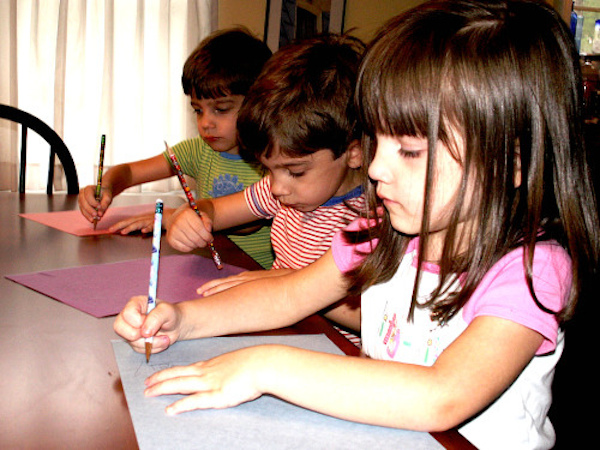 We often get asked about using the word Spanglish as part of our blog’s name. I’m sure it has to do with the negative connotation the word has. You see, a lot of people assume that those of us who use Spanglish do it because we don’t know either language well enough when, in reality, the exact opposite is true. Our definition of Spanglish is the ability to go back and forth between languages effortlessly because we can.

One of my favorite books on bilingualism, Bilingual: Life and Reality written by Professor Emeritus François Grosjean, a bilingualism expert of international stature and a bilingual (English/French) himself, has this to say about code-switching:

“Code-switching is a verbal skill requiring a large degree of linguistic competence in more than one language, rather than a defect arising from insufficient knowledge of one or the other… [R]ather than presenting deviant behavior, [it] is actually a suggestive indicator of degree of bilingual competence.”

Another excellent part of Prof. Grosjean’s chapter on code-switching is his exploration of why bilinguals do it.

Reasons Why We Code-Switch

1) Sometimes the other language has a better word or phrase to express a particular idea.

I do this a lot with adjectives, for example, and it really has nothing to do with not knowing the equivalent in either language. It’s rather a matter of using the better word to describe what I am trying to say.

2) Sometimes the words we code-switch are the only ones we have or they are more readily available in the other language.

This is not to say that we don’t necessarily know the correct word in the language we’re using. This has more to do with something extremely interesting Prof. Grosjean calls the “complementary principle” which basically has to do with the notion that for bilinguals different aspects of life, such as work, family, school, sports, hobbies, etc., require different languages. For example, I spent a large part of my career as a television producer and although I worked for Univision for many years surrounded with bilinguals (with different levels of proficiency), we would always switch to English whenever we were talking about technical terminology related to, say, editing video. It just made more sense to do so since in the case of editing video, for instance, the software was in English.

3) Sometimes we code-switch as a communicative tool, including to exclude someone or to show expertise.

If you’re bilingual, you’ve surely done this: switched to the minority language so that those around you can’t understand. Sometimes it might be to say something specifically about those you’re excluding; sometimes you just don’t want others to listen to what you’re saying. If you’re bilingual, you’ve surely been embarrassed when you found out the person you were trying to exclude actually spoke the minority language, too!

Keep in mind, though, that it’s important to remember that in terms of raising bilingual children, the experts agree that while they’re learning both languages it’s better if they’re exposed to each of them in a monolingual setting. In other words, children learn by example, so the less mixing you do, the less mixing they’ll do—at least until they become proficient in both languages.

What is Code-Switching and Why Do Bilinguals Do it?
Why Does Spanglish Get Such a Bad Rap?
3 Common Myths of Bilingualism Debunked by a Speech Therapist
4 Comments

How interesting! I am trying to get my children to speak Spanish, and sometimes I wonder if the code-switching was good or not. I also agree that mixing is both languages is not good, and we must speak either or not mix them together.
Thank you for sharing.
http://www.elmundodepatricia.ocm

I’m developing a website site and I was thinking of changing the template.Yours looks pretty decent! You could visit my web site and tell me your viewpoint!

Nice blog layout and theme have been used by you in the blog. Very well done.

Adults who have gone from the exploration stage to the establishment stage are more focused on values and permanence
within the career enviornment.