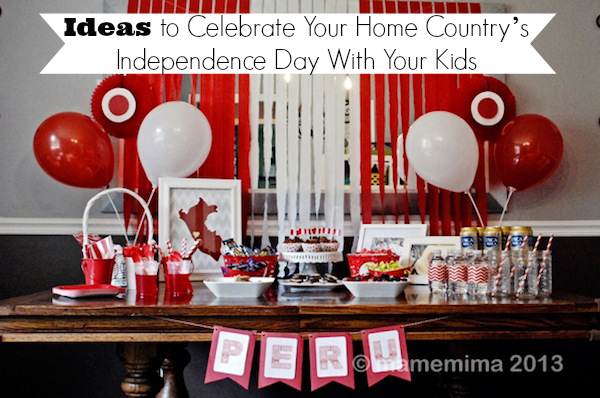 Last Sunday July 28, Peru celebrated its 192nd Independence Day. In Peru, the celebrations extend from the 28 to the 30. This period is known as Fiestas Patrias and most people take these days off. There is a big military parade broadcast on TV and the Peruvian flag is hung everywhere. Although we are far from there, I still want my kids to know about my culture and somehow live the experience of Fiestas Patrias. So I had this idea to start teaching G {L knows some things already since we’ve been celebrating for a couple of years now} about Peru by having a little “28 de Julio” play date.

We invited some Peruvian and Colombian friends and their little ones over and celebrated together. I know the kids are still young and may not understand much of what’s going on, but to be surrounded by Spanish-speaking people, especially Peruvians, talking about our country, food, customs, it just felt like being home away from home. We had such a great time.

I wanted to put together a little table commemorating this special date for my country. Red and white are the colors of our flag. I used things I already had {I have a big closet full of party stuff!} and just went to a neighboring town to get some Peruvian treats. 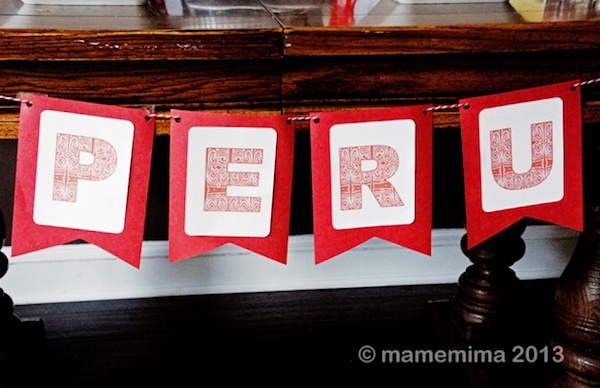 G stood in front of the banner and spelled “PERU”. I told him, it says “Peru”. And he responded “Pedu”. So cute.

I got some Peruvian “golosinas”, and of course, I had to get some Inca Kola and chicha morada. I also made some “gelatina” {jello} which is a very common dessert in Peru. 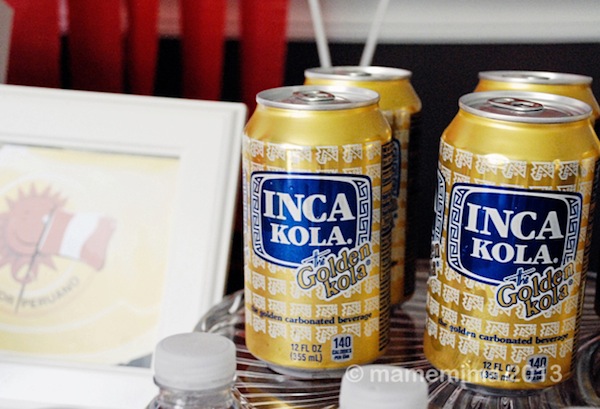 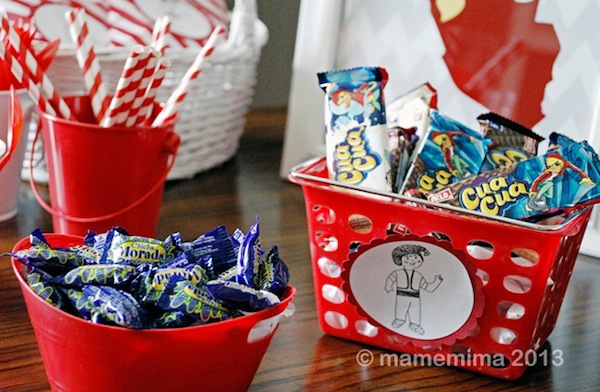 I had some lucuma powder in my pantry. Lucuma is a Peruvian tropical fruit. We use it mostly for desserts but now it’s gaining more popularity as a super food, the same as quinoa. I tried to bake some Paleo Lucuma Chocolate Chip muffins, tweaking this recipe I found online. The muffins turned out really good, and healthy, but you could barely taste the lucuma flavor. Next time I’ll use more lucuma powder. I also served some fruit and some pita chips. I had to balance all the Peruvian sweets and treats somehow! 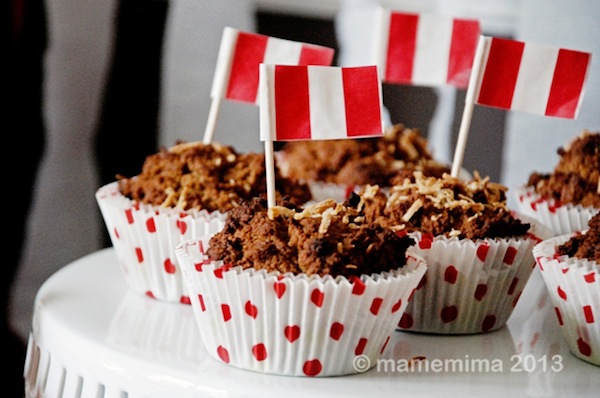 My good friend M brought some “alfajores”, “rosquitas” {it’s been ages since I had those} and the cutest flag cookies. Another friend brought a “turrón de doña pepa” and a “causa rellena” {I forgot to take pictures}. We even forgot to eat them during the play date {we were so busy chatting and playing}. But I had some ”causa” after, and it was delicious!

For favors, I used some red and white striped paper bags that I adorned with a circle tag featuring a girl and a boy with some typical clothes from the Andes of Peru. Inside there were some crayons, a little treat and a little card I printed with the Peruvian flag for the kids to color.

As for activities to keep the little ones entertained, I printed some coloring pages I found online, with Peru’s map and other “símbolos patrios”. We also had an impromptu story time. We read some Spanish books and sang songs in Spanish, too. 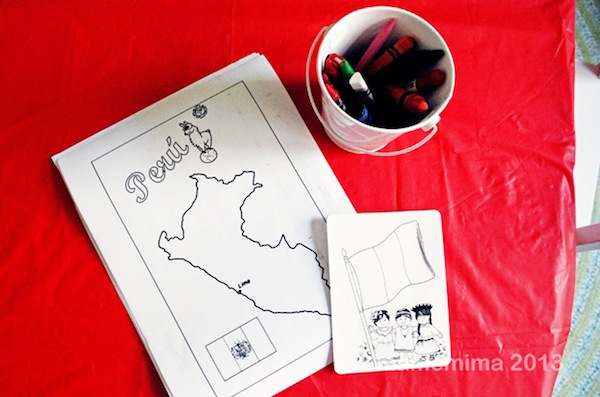 The kids {and the moms} had a great time. It was very nice to be able to share and hang out with fellow Peruvian moms, since I don’t know many around. Hopefully this will be a tradition we follow every year. Hope all my Peruvian family and friends had a Feliz 28!

Nadia is a Peruvian wife and mom living in New York with her American husband and two boys. She moved to the United States in 2005 and has made one of her missions in life to raise her children to be bilingual and pass on her cultural heritage. She is an architect, designer and blogger. She is also founder of mamemima, an interior and event styling for kids studio. On her blog, at the same name, mamemima, she writes about decor, design, crafts, motherhood, bicultural identity and of course bilingualism.

How ‘Encargos’ Help Me Teach My Kids to Love All Things Peruvian
Our Trip to Perú: Experiencing Our Culture Firsthand
Bringing Our Culture a Little Closer to Home
6 Comments

We had the good fortune on being in the US on the 4th of July and Colombia on the 20th of July this year, so our almost 4 year experienced both of his independence day celebrations. We took him to the major military parade in Bogota on the 20th and he was more than a little surprised that there were not firemen throwing candy. It struck me that maybe we had forgotten to include the very different ways that each country celebrates their independence. It sounds like you had a wonderful party! Kudos for keeping up your Andean traditions!

Thanks to Roxana and Ana for letting me share this ideas with this amazing bilingual community. Casey that’s great that you were able to celebrate each independence day on each country. Thanks!

Great post. I became verifying regularly this blog and I am prompted! Incredibly helpful information and facts precisely the best stage

I actually handle such information a lot Fruit Machines Online, Online Fruit machines,. I was looking for this kind of particular information for a quite extended period. Thank you as well as associated with good fortune.

Generally I really don’t go through report upon blogs and forums, however want to declare that this kind of write-up quite pressured everyone to take a look on as well as take action! Your current writing preference is shocked us. Thank you so much, pretty good write-up.

I’ll Paint my face with stars and stripes of USA flag like millions of U.S Citizens do, to express my patriotic feelings on the 4th July.
Happy Independence Day America !