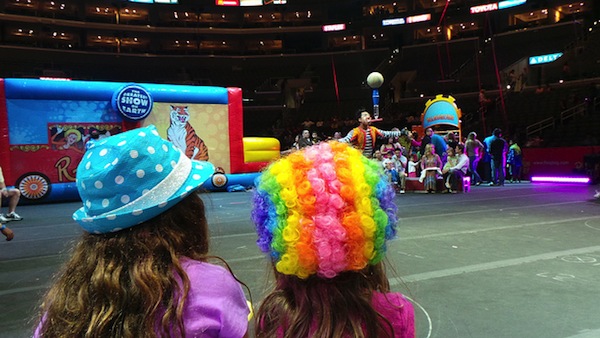 My girl has had one complaint for me this whole year: “I’ve never, ever, ever been to the circus, mamá!”

She’s right. For one reason or another, even as active and out-there we always are, we had never had the chance to go to the circus. So when we got an invitation to check out “The Greatest Show on Earth” — Ringling Bros. and Barnum & Bailey present “Built to Amaze” — I jumped all over it.

It turned out that the first show at the Staples Center in Los Angeles was during the days when my mom and niece would be visiting from El Salvador. My niece had never been to a Ringling Bros. show either, so the girls bonded over squeals of excitement and joy over their primera vez al circo.

The 143rd season of Ringling Bros. and Barnum & Bailey definitely left the girls, la abuelita and myself in awe every minute we were there. 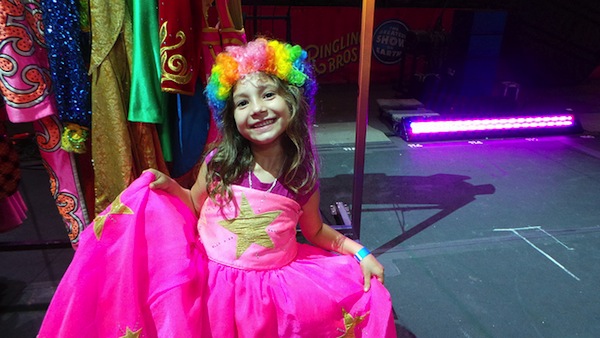 We got there early so we could get on the arena and meet the circus performers up close. Camila quickly discovered the wardrobe area and found her favorite dress. And, no, she wouldn’t take off her clown wig! 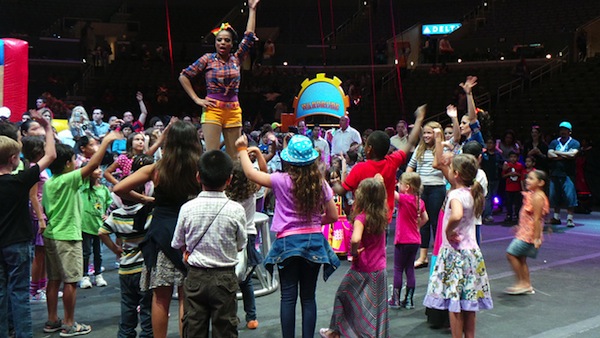 They even got to pump their fists in the air like they just didn’t care. 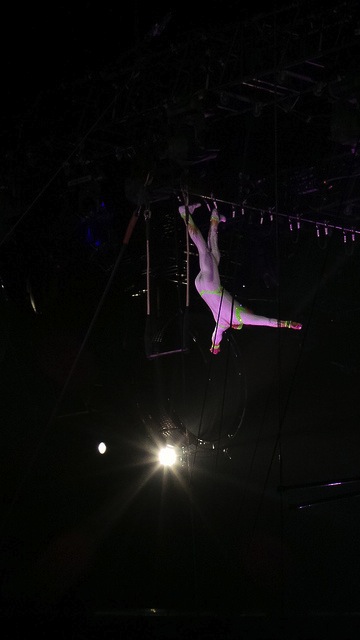 And then the show started and men like Franceleib Rodrigues were walking upside down just like that, while we held our breathe. 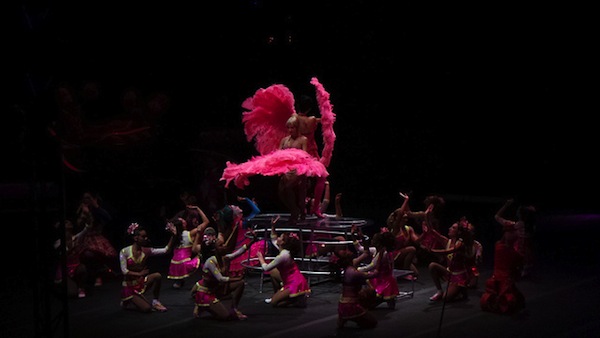 The colors, movement and music kept us at the edge of our seats the whole time. Not once did the two we-love-each-other-like-hermanas (who fight all the time!) primas fidget in their seats. 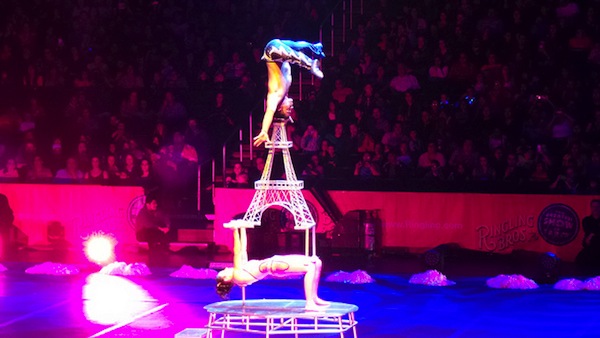 Because, really, when you’re a spectator to the Duo Solys doing this, the last thing you want to do is blink an eye. 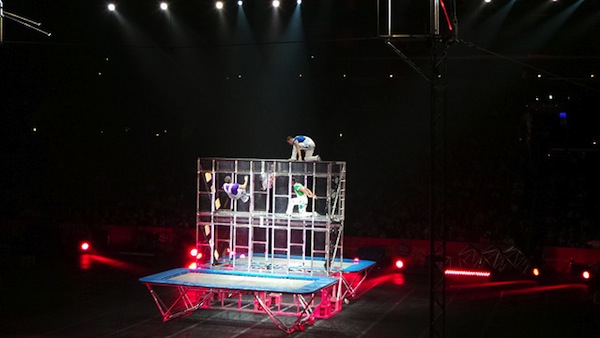 I’ve never understood how anyone can walk on walls. The Trampoline Tower Tumblers seem to be the masters at it. It baffles and entertains me all at the same time. 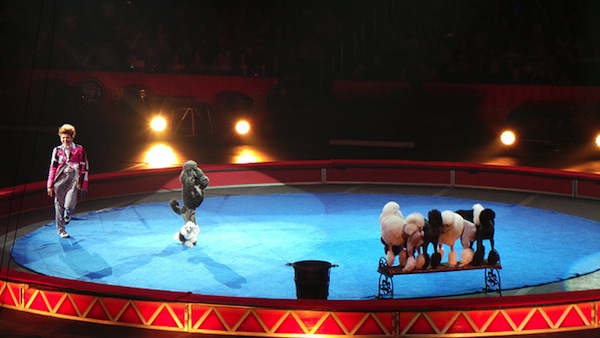 Alex and Irina Emilin had us laughing throughout the whole show, but they really topped it off with the poodles. They just had us laughing out loud and going “Awwwww!” all at the same time. They are just way too darn cute and comical! 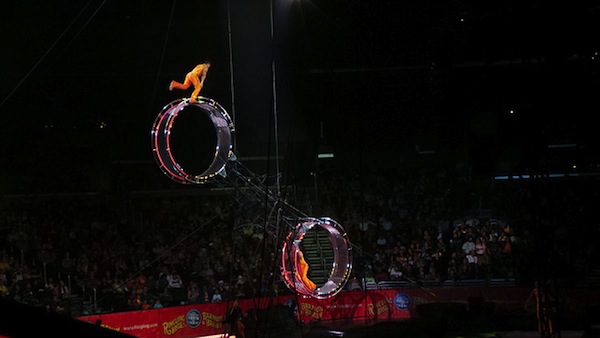 And then we’d have to stop breathing again because daring Stars of the Steel Vortex were walking on moving circles way up in the air. You don’t see that every day. In fact, this is the one act that was engraved in my brain from the very first Ringling Bros show I saw in Houston when I was 9 or 10. I’m sure it had the same effect with my girl. 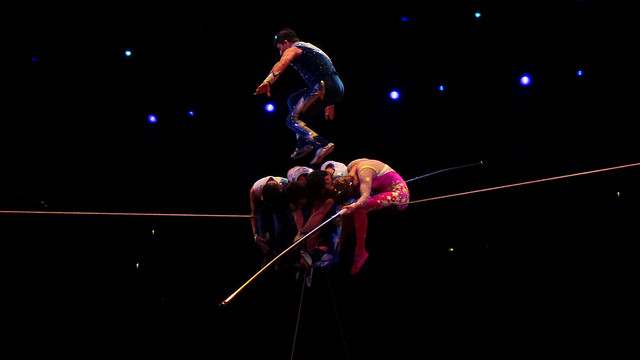 Yes, that’s right. He’s jumping over FOUR of his Danguir Troupe mates and lands on a wire. A wire! Just another day at the circus, I suppose. 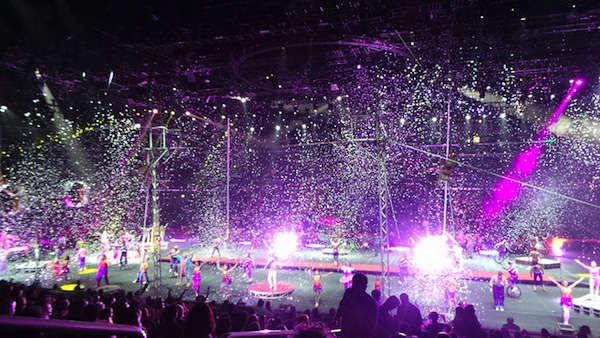 Just like that it was over. But we wanted más. 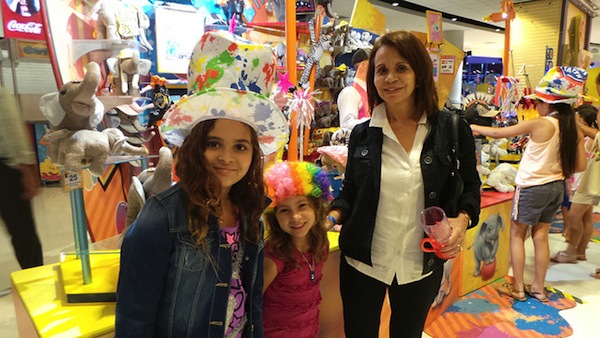 Ringling Bros and Barnum and Bailey’s “Built to Amaze” is definitely built to entertain families. We created a wonderful new memory of a fabulous time together and my niece is ecstatic to go back to El Salvador and tell her friends she actually saw the “greatest show on earth!” Oh, and Camila can finally say she went to the circus…and loved it!

Ringling Bros is on tour with “Built to Amaze” throughout the nation. The next immediate stops are Ontario and Anaheim in California. Check out the full Ringling Bros and Barnum & Bailey tour schedule here to see if they will be in a city near you.

And come back here to read my interview with Lucenir Viera de Souza, animal trainer and Living Carrousel performer in Built to Amaze. She gives us a glimpse into family life in a circus (she’s married to Chilean-born Taba Maluenda, the tiger tamer) and how her two kids are growing up multilingual in that environment.

My Blinders Are Off: What Trayvon Taught Me About Parenting

Wow! Some of the things they do look amazing! I haven’t been since I was a child…I think even as an adult it would still be spectacular! Makes me want to take my boys the next time the circus is in town.

I wished I would have taken her sooner! They had a blast and rarely blinked an eye!