Expose Your Kids to Spanish in These Unlikely Places 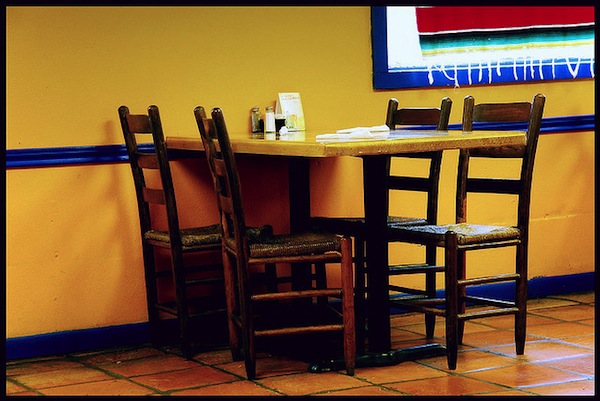 I’m not a huge breakfast eater — unless I go to the French bakery by my house, which is run by a couple from the south of France who moved to Denver five years ago. I don’t know how I got so lucky, but the bakery is on my way to Santiago’s preschool and so I stop in there regularly to devour freshly-baked croissants and the best baguettes I’ve ever had outside of France.

But one of the other reasons I love going there is that I get to practice my French with the owners. And whenever I go with my kids I get to show them — instead of telling them — how awesome it is that I can communicate with other people in their native language: one of the benefits of speaking more than one language.

Although it sometimes seems like there aren’t enough ways to immerse your children in the minority language outside of your home (especially the older they get), the truth is that sometimes we overlook some options that aren’t as obvious, but are awesome opportunities nonetheless. The best part about these is that they’re pretty simple things you can do on a regular basis which don’t require a lot of effort on your part.

When I was looking into baptizing Vanessa, I knew I needed to find a church that offered services in Spanish so my  then 92-year-old grandmother, visiting from Perú, wouldn’t be lost during the ceremony. It wasn’t as easy as I thought it would be, but I found one. Now, more than six years after moving to Denver, I’ve found many others. For me, it’s a great way to reconnect with my childhood, but it’s also the only way for me to participate in mass. I know this will sound kind of strange, but praying is one of those things I’d rather do in my native language.

Besides giving you and your kids the opportunity to attend services in the minority language, most churches organize activities and events outside of worship time. So this could be another great place for your children to be brought in contact with the minority language with others who share your beliefs. Due to the growing Latino population, you can probably find a place of worship that offers services in Spanish regardless of denomination.

Although Denver is not devoid of Latino restaurants, it’s in its infancy stage when compared to Miami, where I spent the first 20 years of my life in the United States. Nevertheless, we have found a few great spots — some we frequent often because they’re near and some only on special occasions because they require a lot more driving. I’m talking about the kind of family-owned restaurants where Spanish is spoken freely and the menu is often in both languages, kind of like the French bakery I talked about at the top.

If you’re children are already reading, they can choose what they want and ask for it in Spanish! If not, you can introduce new vocabulary by talking about the items on the menu. This is also a great opportunity to talk about the importance of food for Latinos and the never-ending options we’re lucky to have.

Again, not a lot of these in my neck-of-the-woods, but enough for me to take my children and allow them to be surrounded by some of the smells and colors of our foods — an integral part of our culture. I’ve taken my daughter to one of this mercados and I’ve introduced her to some of the candy I used to enjoy as a child. Some is from my homeland, Peru, and some is from Mexico where I spent a few years as a child. Not only are these great places to expose our kids to Spanish, but also to our culture.

Keep in mind that these suggestions are universal, so they apply no matter which minority language you’re using. For example, just the other day, I drove by a Korean Methodist Church, which I later found out was started to cater to the Korean population in that area of Denver! The same can be said about ethnic food markets, not to mention restaurants and bakeries where other heritage languages, besides Spanish, is spoken.

Ideas for Last Minute Under $10 Gifts for Reyes Magos

Would Love to Meet You In Real Life!

3 (Overlooked) Ways of Exposing Kids to the Minority Language
Raising Bilingual Kids: What is the mL@H Method?
Spanish not your native language? You can still raise bilingual kids!
6 Comments

Those are all great ideas. Our library has a Spanish story hour once a month, as well as a monthly Lotería game my daughter and I have attended. I should frequent the mercados in town more often with my daughter!

Storytime is always a great idea and you just reminded me that I haven’t taken my kids in a while. Vanessa is a bit older now and doesn’t enjoy it as much, but Santiago is only 3 and he still loves it. How cool that your library does the Lotería game once a month!

Yes, mercardos are a great option because she’ll get to hear a lot of Spanish being spoken and she gets to practice her own too!

I agree with all of these options. I encourage my son to use the Spanish words that he knows when we frequent our favorite Mexican restaurant and because we know a lot of the staff, we ask them to speak to him in Spanish.

That’s the way to do it, Kathy! If the staff already knows you, then it’s even better because the conversations can be totally different and a bit more personal. Keep at it!

I found people to help me learn Spanish in Dayton, Ohio and this was some time ago. So I think by this day and age there must be very very few places now where you could not do a little searching and be persistent, and find a little store or restaurant where there are people who speak whatever language you’re doing. Remember if people grew up in this country they probably have ZERO accent speaking English and you may be surprised how many people are speaking whatever other languages at home that you never knew. You have to ask. Everybody was very positive toward me and really since I did not have time or money for formal classes or travel, asking total strangers to help me a few minutes with this little thing or that little thing was how I learned. Especially at first… some strangers become friends

These are great suggestions. It’s important for us to take our kids to hispanic grocery stores, like Cardenas (in Southern CA) etc so that they are exposed to people who are speaking Spanish. It’s amazing how their eyes light up when they hear someone else speak Spanish. Recently, we took our 3 year old to Disneyland, and every time he would hear the PA announcements in Spanish, he would get super excited and say “Mira mama, aqui tambien hablan español.”