What the Power of Family Can Do for Bilingualism 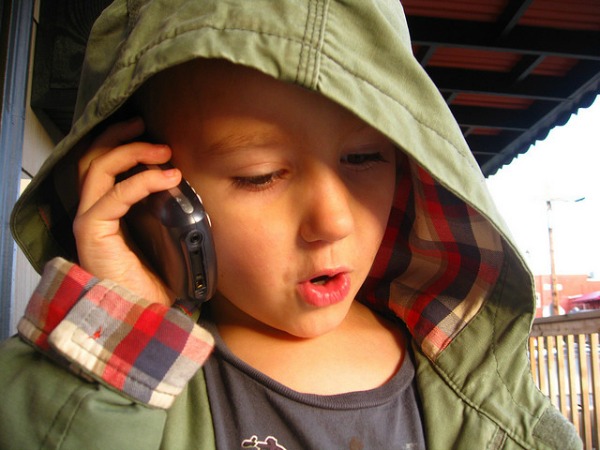 “Secondo will maintain a topic of conversation with a peer for 3 conversational turns in 4/5 observed opportunities over a two-month period.”

The IEPs are tucked away in a drawer at home. We are far away at my mother’s in Costa Rica, so I’m not sure that’s how the text reads exactly, but that’s the general idea. The many IEP goals are formal, measurable, and easy to forget unless I dig the papers out and read them once in a while.

I’ve long maintained that autism, special education, IEPs and all, anything my two boys can do in English, they can do in Spanish. And as I mentioned, I don’t exactly keep their formal speech goals in mind every minute of every day — mostly, we just plod along as best we can. The conversational turn-taking goal, though, I always remember. It comes so naturally even to the shyest of us, even if the conversation is purely superficial. Hey, what’s up? Not much. You?

Although Primo and Secondo have made so much progress, this skill has been slow to develop. Often, by the time they’ve put a thought together, their peers have lost interest and moved on. (Their teachers give them “wait time.”) And when it comes to the ultimate exercise in conversational turn-taking, talking on the phone, well, forget it. We’ve tried to use Skype to connect with far-away family, and it always involves a fair amount of wrangling a boy who is trying his darndest to get as far from the computer as possible. They don’t even like talking to ME on the phone when I travel, I tell my relatives by way of explanation.

I had not, however, counted on my brother’s influence this year.

We spent a week with my brother and sister-in-law when we arrived. The boys and their tíos horsed around, went swimming, and played fútbol in the backyard. Tía provided them with an inexhaustible supply of snacks. In the evenings, they ate ice cream together and watched baseball on TV. Our days with the tíos left the boys — and the tíos — happy and exhausted.

When it was time to leave for my mother’s, my brother took them aside and gave them a slip of paper. It was his phone number, he explained, and he expected them to use it to call him. He would miss them and would want to know how they were, and if they called, they could tell him about all of the fun things they were doing. Good luck with that, was my reaction, though I don’t know if I said it out loud or kept it to myself.

Still, on our first day here I suggested they might want to call their tío. Primo still wants nothing to do with the phone. Secondo was willing to try — I think he was mainly intrigued by the novelty factor of actually dialing the phone number. The conversation was tentative, but it was a conversation. By the second day, he had the number memorized. By the third day, he was asking my brother if he could talk to his tía, too.

Now, a couple of weeks into it, Secondo calls the minute my brother gets home from work, and I get such joy from listening to his side of the conversations. There are descriptions of his day, of the pool, or what he had for lunch. I listen to him giggle as my sister-in-law tries to bribe him if he’ll eat his fruits and vegetables. On and on they talk, until Secondo is done, and sometimes until my brother cuts him off because he just won’t stop talking. The bonus is that all of it is in Spanish. Their tía is the closest member of our immediate family that doesn’t speak English, a fact I bring up when I explain to Primo and Secondo how important it is for them to speak Spanish. It occurred to me the other day that I don’t know if the boys even realize that their tío does, in fact, speak English.

We rely so much on high-tech tools for communicating with our families, and to make speaking other languages more fun or novel for our kids. And there’s no question that the iPad games and Skype are useful. But when I get home in a couple of weeks, I’m typing up a list. At the top will be the number and password for my international phone card. There will be a list of phone numbers — their Costa Rican relatives, their relatives in the Midwest, numbers for anyone else I can think of. I’ll post it next to the phone, and tell the boys they can use them whenever they want. And I hope to get to listen to many more one-sided conversations, in both English and Spanish, in the fall.

The Surprising Effect of Autism on My Kids Bilingualism
Summer Trip to Costa Rica: The Best Way to Experience Culture & Family
Relationships in Any Language
No Comments