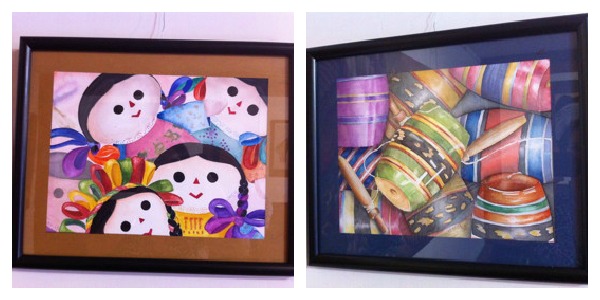 Playing is one of the activities that influences kids’ imaginations the most. I know that a lot of kids nowadays play with electronic gadgets, but some still like to play with the same toys that their parents, grandparents, and even great-grandparents used to play with. I am talking about “traditional” toys such as balls, ropes, bicycles, “baleros” or dolls.

Most Mexican traditional toys are made of pleasant materials and painted in lively colors, as most good toys are. Of all of them, “baleros” are some of the most famous and, while challenging for very young children, they are played by older kids for hours on end. A balero is a heavy wooden cylinder with a perforation that must be swung in place, by means of a small rope, atop a stick in the kid’s hand. Rag dolls are still very popular among young and old children. “Las Chinas” are a good example. A “China” is a cute, tiny doll named after the “China Poblana,” a Chinese princess that, according to legend, emigrated to Mexico and designed Puebla’s traditional dress.

A few days ago, I had the pleasure of meeting Beatriz Aguilar Sánchez, an artist from Puebla that depicts traditional Mexican toys in her works. “Las Chinas” and “Los Baleros” are two of her best paintings, both pastels.

There are many traditional toys in the world that deserve to be immortalized in paintings, for they are truly works of art and proof of the ingenuity that is passed down from generation to generation.

I love the idea of making paintings of traditional toys and having our kids play with them again.

Let’s Encourage all Kids to Learn Another Language

How Young is Too Young for an Allowance? {Prizes for your responses!}

Words As a Way to Understand Other Traditions and Cultures
Canciones de Cuna: Songs for the Soul
Feeling at Home Within Two Cultures
No Comments