Video of the Week: Santa Buddies

Posted by: Alicia Maher |  Category: Video of the Week

The 2009 Holiday season has officially begun and the conversation with children during this time is all about Santa Claus.  My girl is only two, so this is the first year she’s uderstanding the concept. Her first introduction to the man from the North Pole was with this new Disney movie that came out this week:  Santa Buddies-The Legend of Santa Paws.

It’s basically the classic Christmas story but this one features the Buddies-those adorable and super popular talking puppies.  It’s up to the Buddies and their new friend Santa Paws-Santa’s best four-legged friend, and his son Puppy Paws to bring back the holiday spirit before it’s completly lost.

Enjoy with your kids a couple of clips of the version in Spanish. One is a scene from the movie, and the other is a sing-a-long in Spanish of “Santa Paws is Coming to Town,” part of the bonus features on the disc. Let the holiday season begin!

We also want to invite you to head over to our sister site SpanglishBabyFinds where you can win one of the TWO copies of Santa Buddies we’re giving away.

So Many Reasons to be Thankful!

Is There Such Thing as a Critical Period for Language Learning?

Santa Claus: Does It Matter What Color He Is or What Language He Speaks?
Wordless Wednesday: Y Santa le contestó
Blending Traditions
No Comments 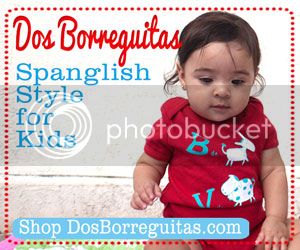