Kickin’ It With Disney

My son loves martial arts. He can talk about Bruce Lee and Jet Li for days. When we were invited to meet the cast from Disney’s Kickin’ It, how could we say no?

We got to hang out at the Bobby Wasabi Martial Arts Academy to chat with the cast  Dylan Riley Snyder, Alex Jones, Jason Earles, Mateo Arias and Olivia Holt. We even got to see a demonstration by Leo Howard! 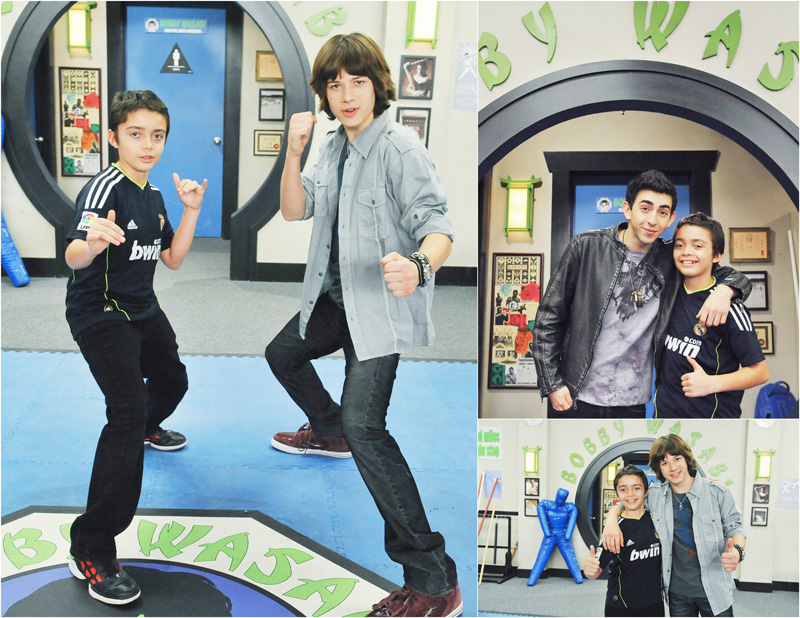 It was interesting to learn about the actors activities outside of their Disney careers. Dylan Riley Snyder talked to us about how much he enjoys playing chess with his dad and Mateo Arias shared his love for making Youtube videos with his brother. He said he may even start making a few in Spanish, his first language!

If you have a tween, Kickin’ It is a really fun show. It’s action-packed and filled with laughs. The show is about a group of misfits who attend the Wasabi Martial Arts Academy. However, they are considered the lowest performing group in the Wasabi chain – This all changes when their friend Jack appears and teaches them about karate and friendships.

For more information about the show and to try a few Martial Arts moves, check out Disney.go.com.

Tinker Bell in the New “Secret Of the Wings” Movie

Wordless Wednesday: Our SpanglishBabies at Disney World
I Was Just Teased At Pixar. ¡Quiero Más BRAVE!
Pirates of the Caribbean Wants You to Go to the Mexican Riviera on a Disney Cruise!
No Comments