3 Tips to Avoid Giving Up on Spanish 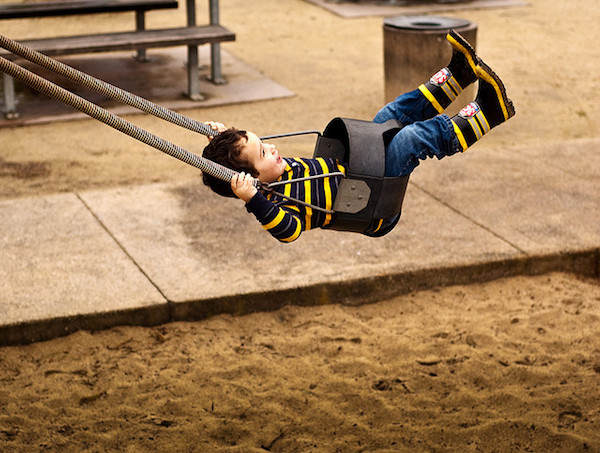 I was with my children in a store last month looking at Halloween costumes.  As usual, our conversation was completely in Spanish. I noticed a mother observing our interactions, and when I smiled at her, she shared her own bilingual adventures with me. Having been born and raised in Mexico, she initially only spoke Spanish to her son. Unfortunately, when he started school, he rebelled against Spanish and refused to speak it. Sadly, this mother gave up and switched to using English with him. Her son won the language battle, but lost out on the chance to be bilingual.

What amazed me about this situation is that she is a native Spanish speaker, and has decided to use English with her children. Spanish is my second language. I didn’t even start to study Spanish until I was 17 years old, and yet, my children speak fluent Spanish. It has been a major effort, but the road to bilingualism has been one of my most rewarding parenting experiences.

Don’t give up on Spanish! There will be problems. Address the issues so that you will have better strategies for dealing with the challenges. These are some of the common issues I have had to address:

You can do it! I have been successful so far. It has been a challenge, but the boys and I have learned together. Stick with it! Don’t give up! If I can raise bilingual children, you can too! It may seem difficult and challenging, but the rewards for you and your children will be worth the effort.

Is It Rude to Speak Spanish in Front of Those Who Don’t Understand?
Who Is A Native Speaker And Does It Matter?
My New Year’s Language Learning Resolution
9 Comments

This post totally speaks to me. I am not a native Spanish speaker, but am extremely fluent. I only spoke in Spanish to my daughter for the first 3 years of her life, but when she started school and started responding to me in English I slipped into English more and more. It was more comfortable, etc. Now I realize my mistake (she’s 4.5), and have tried to begin pushing Spanish again (especially because I also have a 1 yr old that I want to learn). Unfortunately, she swears she doesn’t understand and gets really frustrated…this from a kid whose first words were all in Spanish. Any advice on how to get back into it? I feel like I can’t just switch back to only Spanish without her getting angry and frustrated, but I don’t know how to ease back into it. Thanks!!

Same here only it’s an English/french problem. I have spoken to my kids in English since they were in the womb and continue to do so to this day but they continue to reply to me in french. When they do speak in English its a broken/foreign accent they have and they translate directly from french They are 8 and 6 years old. I hope it’s not too late. We live in France and therefore the main language is french (mother’s tongue). Thanks anyway for any advice as its needed LOL

Great post! I can identify with a lot of the issues that you mentioned here as my wife and I are raising our son bilingually in Welsh and English here in Wales. Neither of us is from Wales and although I speak Welsh fairly fluently, it’s still my third language. What I try to say to re-assure myself is that I’m playing a role in helping to get my son used to Welsh. He’ll probably come across a lot of other people who use the language and have grown up with the language as she grows up and will probably receive his pre-school and elementary school education in Welsh. If myself and my wife can at least play a role in helping to prepare him for that, I think we’ll be happy.

In regards to your observation that this Native Speaker Mom let her child win the language battle and short changed him that skill… I’ve come to realize that perhaps for those of us that are native or fluent Spanish speakers it can be hard to capture the magnitude of the benefit of being bilingual. Although we live it daily we might not appreciate it as much as someone who worked at a second language and since it is not a personal struggle one can “give in” easier. I know personally it can feel so frustrating having a child who rebels and refuses to speak Spanish and it is infinitely easier to just speak English with them but I wholly agree that the best thing we can do is keep at it… no matter what. Spanish fluency has been the greatest gift my parents gave me besides my life and their love. I struggle every day to provide that same gift to both my daughters and will continue to push them as needed.

I fell into the same trap! I am a native Spanish speaker and only spoke Spanish to my son for the first 5 years of his life. Once he attended school is was so much easier to use the English. I really regret it!! Now he’s 21 and after many classes he does use it but its not easy for him!!!Please don’t give up if you have it!!!Its a wonderful gift for your child!!!

Ugh… I know what all these parents mean. I am also a non-native speaker of Spanish with 3 kids under 5 and I haven’t given up but it’s a lot harder these days. My 4.5-year-old is deep in the rebellion against Spanish. She says she only “likes English” and has to ask me how to say things in Spanish, like colors, that she’s been saying since she was two. I hope I can stick it out and it gets better soon. I have found it helpful to turn her into a teacher with me, like, “Say it in Spanish, Zoe, you need to help me teach Charis Spanish. ” (all in Spanish, of course!)

Thank you so very much for this post! I read it the other day and it really motivated me to begin speaking more Spanish to my children. When my son was a baby I spoke 95% Spanish to him, but started slacking when he had his English language explosion at age 3 and I had pregnant brain with my second. I have not gotten back to where I once was, and things keep getting more difficult, language-wise. But after reading your post, I started speaking more Spanish to them all day and after a while they stopped speaking English back to me. I put on the news in Spanish and not only did it help my language skills but my son was thrilled to hear them speak in Spanish. It is very difficult since Spanish is my second language and I am the only person in my family who speaks Spanish but you motivated me. If you can do it I certainly can!

i – Phone App Programmer at Morpheous are highly skilled professionals who are well trained individuals providing best i – Phone Apps Development.
Making an application is just a start as you need to choose the features and services you want to provide your guests through your application.
Around 50 percent employees want this feature and this percentage is expected to grow
to 75 percent in next three years.

My child refuse to answer to me in Spanish. He only does when I bribe him with candy! Hope he grows out of it soon!