Is Hispanic a Race or an Ethnicity? Does it Even Matter? 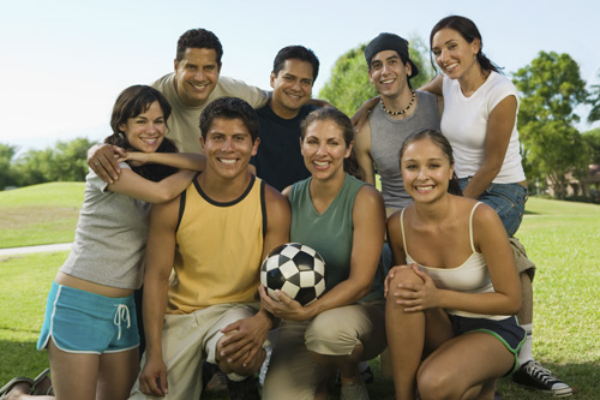 One day when I was teaching ESL, I was working with a group of students from Mexico and Central America. Pencils scratched the paper, the energy was electric, the excitement palpable: we were filling out their applications for a program at a community college that would allow them to take a class over the summer.

And the, we got to the demographic section:

“Miss, am I white, black, Asian, or American Indian?” asked a young girl from El Salvador. The group burst out laughing and some said she should write in “brown,” while others told her to check the “Hispanic” box. I read over the sheet… The EEOC (Equal Employment Opportunity Commission) that collects federal data on race and ethnicity in the workforce uses five racial distinctions: American Indian or Alaska Native; Asian; Black or African American; Native Hawaiian or Other Pacific Islander; and White. Separately, they include one ethnicity category: Hispanic or Latino.

I didn’t know which race the students should mark, so I called the college later that day for clarification. The person who answered told me that the students should choose from the choices given. I explained that the students were from Mexico and Central America, and didn’t feel they fit into any of the categories. In a hushed tone, she told me “if they’re not black, have them mark white and then Hispanic for ethnicity.”

When we reconvened, the students were outraged:

“How can you tell us we’re white when our whole lives in the US we’re told we’re not!?”

“I’m not putting anything for race!”

The race conundrum is not new, and it’s not going anywhere. Many Latinos view this categorization as a question of culture and language, not of race. A percentage of the population will leave the race box blank, while some will check the “other” box. Others ask “why is it important for the U.S. government to know the racial background or ethnicity of their citizens?”

It all comes down to money: $400 billion of federal money (from our taxes) that needs to be allocated annually, based on population demographics to pay for schools, transportation, public health and other vital social programs, such as English-language education and job training. When people do not check a box, a computer “guesses” their race, based on the neighborhood and other factors.

In 1977, the federal government declared “Hispanic” would be considered an ethnicity, not a race. They decided that citizens could identify with being “Hispanic” or “not Hispanic” and after identifying themselves as one of the five recognized “races” white, black, Asian, American Indian or Pacific Islander. (note: though indigenous people are genetically related- from the northernmost point of the Arctic to the southernmost point of Argentina- the American Indian box was reserved specifically for the 564 tribes residing in the U.S. that are federally recognized).

Multiple ethnic groups felt misplaced: which box should a Bedouin from North Africa or Egyptian check? Where did a Peruvian of Quechua descent fit? (the U.S. Census said both should choose “white”). What if your mom was Japanese, and your dad was Jamaican? (at that time, the U.S. Census said “pick one”).

For the first time, on the 2000 U.S. Census, multiracial people were allowed to check more than one race, and about 3% of the nation did so. In fact, multicultural families are one of the fastest growing demographics groups in the nation, as interracial marriage is growing.

In the same census, about 18 million Latinos (around 37%) checked the “Hispanic” box and when asked about race, self-identified as “some other race.” Some other race… In fact, Latinos have a mixed heritage that might include European, indigenous, African, and Asian ancestry.

Latinos were perplexed again by “race” choices in the 2010 census: White, Black, American Indian, Chinese, Filipino, Japanese, Korean, Vietnamese, Native Hawaiian and Samoan. With these choices, where did Latinos fit in?

Now, for the 2020 U.S. Census, the Census Bureau is thinking about combining ethnicity and race questions into a single “race or origin” category. If so, “Hispanic” may be a choice. While some groups argue that “race” is invented by man, a social construct, others are thrilled the Latinos are being considered and included. As a multicultural family, we will be marking several boxes on the next census, though knowing that we are all truly one race: the human race.

What do you think about the possible changes to the census?

With Scan & Go You’ll Never Shop Any Other Way

We All Count
How Early Should We Talk to Our Children About Race?
Latina? Hispanic? Do These Labels Even Matter?
11 Comments

Very interesting thoughts, thanks for this.

So far I’m really liking this blog. Thanks!

Thank you Isis- it has been so helpful for me to find a group of parents who are raising their children to be bilingual- I love the support, the resources, and all of the stories from different viewpoints:). Nice to meet you!

Suzanne: culture is very dynamic, I agree! I also agree the race is a social construct, and that we in the US especially sometimes focus on the labels.

Its socially constructed and its not static. That being said, it can be either.

My husband and I have this conversation all the time. Latinos are such a mixed bag! White, black, brown and everything in between. A change is definitely needed; it’s not as simple as just picking a box to fit into anymore. It’s confusing to everyone, even the terms “Latino” and “Hispanics” need to be reexamined since they are all used so loosely to define anyone who speaks Spanish when that isn’t technically the case.

“And everything in between-” one of my good friends here is Panamanian, but her grandparents had immigrated to Panama from China when they were children. She now moved to the US and says it is so confusing for her to mark “Chinese” on forms, when she was born and raised in Panama. So then on the census, would she mark both Hispanic and Asian? I like something my friend tells her children: “You are not 50% Mexican and 50% American. You are 100% Mexican, and 100% American.”

Wonderful goods from you, man. I have understand your stuff previous to and you are just too fantastic. I actually like what you’ve acquired here, certainly like what you are stating and the way in which you say it. You make it enjoyable and you still care for to keep it sensible. I can’t wait to read much more from you. This is actually a great website.

Hmm it looks like our blog ate my frst comment (it was xtremely long) so I guess I’ll just sum it up what I submitted and say, I’m thoroughly enjoying your blog.I too am an apiring blog blogger but I’m still new to everything. Do you have any points for beginner blog writers? I’d certainly appeciate it.