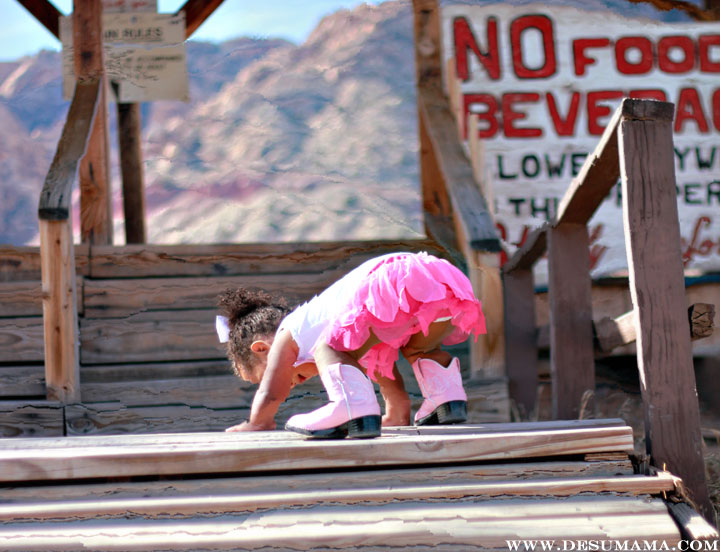 Newly pregnant with our first child, there were so many hopes and dreams I aspired to give my daughter: a secure sense of self, confidence in her womanhood and the ability to define her cultural identity in whichever way she chooses. Being of mixed races and cultures, I wondered who would win in the battle of personal identity definition…Alina or society at large. With that in mind, before Alina was born, I decided she would be bilingual in order to have ownership over her dual identity regardless of what the world thought she was.

And then, I became a real-life parent and learned that hopes and dreams were destined to remain aspirations if concrete goals and action plans were not established. For her first few months of life, Alina was exposed to very minimal Spanish. The chores of daily routines, the polarizing emotions of becoming a new mom, packing the husband’s lunch before he left for the day’s work, all took precedent over depositing a new language into my child’s ear. While I felt guilt over my lack of effort, I knew that it wasn’t for lack of love. Just lack of energy (and sleep)! Raising a bilingual child, in my case, requires support and resources that I needed to seek out deliberately. This was not going to be an easy task.

Determined to create any resemblance of bilingualism in my baby, I eventually stepped up the game. I read Spanish books to Alina. She loved (and still does) all her Little Pim videos. And while I am the only Spanish speaker in consistent contact with her, I made an effort to reinforce commonplace objects with their Spanish moniker. Throughout her first year of life, my Spanglish baby was able to identify most objects in both Spanish and English and respond to age appropriate commands. I was so proud!

Alina turned 2 years old in January, and like a true Cubana, she can talk up a storm! (I can’t be the only Cubana that loves to talk?!) I casually joke that being Latina is why Alina can speak in full sentences, give appropriate responses when spoken to and, in general, hold a conversation at such a young age, but the truth is, I am a very proud Mama. She has an amazing vocabulary and is incredibly smart.

Shortly after her second birthday, Alina and I were on the phone with my grandmother who was speaking to her in Spanish. I wanted for Mami to hear and connect with her great grandchild. To be as proud as I was. But when Mami presented a simple question to Alina (“¿qué estas haciendo?”), of which Alina always responds the same way (“naaaaathing”), there was only silence. Alina looked at me, confused. In that moment I realized that Alina did not understand the Spanish question she so readily responds to when asked in English. I had failed to evolve and expand her knowledge of Spanish alongside the development of her dominant language. Maybe it was because Alina’s language ability advanced so quickly that I found myself ill prepared? I took for granted that exposure to singular words would somehow translate to structural, moving sentences with verbs and adjectives. For as proud I once was for raising a Spanglish baby, I instantly felt like a failure to my sprouting Spanglish toddler.

But that is what is most amazing about language: there is no expiration date. You always have time to learn. You just get back up and keep climbing. And although my efforts in raising a Spanglish baby were great, they were mild compared to the commitment required to raise a Spanglish toddler and beyond. But, I am determined to make my bilingual aspirations a reality for Alina. Even if one sentence, one verb, one day at a time.

Thanks so much for writing this. I’m part Costa Rican but sadly, not fluent. After my dad passed away in December (he lived in the US for 40 years but moved back a year ago), I became determined to finally become fluent (I’ve studied it for years in school and college) AND for my kids to at least have a good grasp of it too. I’ve been talking with one of my cousins on Facebook chat daily and it’s amazing how much I’ve learned (we’ll be doing skype soon too so we can talk over the phone).

I’ve started saying certain things in both English and Spanish like venga, te amo or qué estás haciendo. I love hearing you say there’s no expiration date. I get discouraged sometimes but you’re right. I’ll keep chugging along and hope it starts to stick.

This was the perfect post for me to read today. We have been slacking in our Spanish and it is starting to show with my son. But I needed that encouragement that it is never too late to turn it around.

Thank you both for the encourgaing comments! We ARE Latina, regardless of fluency level, and the love and effort we put forth in raising bilingual children is what we should stay focused on. Good luck to both of you. Abrazos y amor!

What a beautiful picture you paint Vanessa! I almost felt as if I could see Alina listening to her grandmother over the phone and coming up with a confused look. . . thank you / gracias for taking the time to share.

You are so right about the “no expiration date” when it comes to language learning, and I know you have such a passion for raising Alina to be bilingual (and proud of it) that the journey will be a wonderful one!

You are too sweet, Beth! Gracias a ti!

Thank you so much for writing this. It gives me hope. I speak Spanish (with great effort), but my husband does not. My son (18 months old) attends a daycare where the provider attempts to speak Spanish to those Spanish-speaking children in her care, so I’m pleased that he is getting some exposure to the language outside of the home. I also read and sing to him in Spanish. At 18 months, my son understands most everything I say to him in Spanish, but he only speaks eight or ten words in English. Nonetheless, I often feel like I’m not doing enough. Articles like this make me redouble my efforts. Gracias.

Sounds like you are doing an amazing job, Yeara! Fostering a love for the language is truly the most beautiful gift. Abrazos.