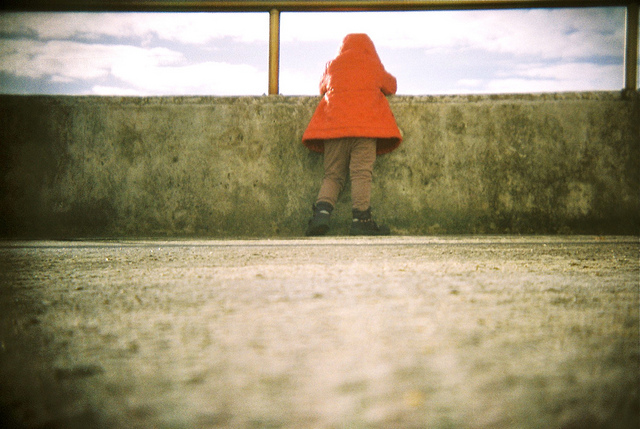 They’re much milder now, but my boys’ speech delays were so very pervasive for the longest time. We went from no speech to echolalia (our own speech parroted back to us) to practicing simple requests over and over and over.  I was always somewhat amazed by other children their age when I heard them speaking on the playground, stringing together such complex thoughts so effortlessly. A friend of mine, whose daughter is two years younger than my sons, once asked me if I was tired of all the constant “why, why, why” questions. She was stunned when I replied that neither Primo nor Secondo had ever asked me a question, ever.

Not surprisingly, asking questions was made a goal in both of their IEPs (Individualized Education Programs). The questions did start coming, when they were about 5 years old. Simple ones, at first. Then Secondo began asking, ¿por qué? every time I said anything at all to him—I think he just loved the novelty of asking. And if I did start to get annoyed by all the questions, I would breathe, bite my tongue, and remember how I’d longed for this day.

The newest question, one they both ask many times a day now, is: ¿Cómo se dice? I think this is largely due to school. As their world expands, as they learn new things, as they are able to express themselves better, they have more and more to say, and not enough words to say it all—at least, not in Spanish, because they’re learning it in English. They’ve remained remarkably consistent about only speaking to me in Spanish, and they will happily chat with me about their day, in Spanish. But they struggle with the vocabulary and often stop, mid-sentence, to ask, ¿Cómo se dice field trip? ¿Cómo se dice pencil sharpener? Frost. Reindeer. Holiday. Sorting. The list of words they want to know how to say goes on and on. Sometimes the ¿cómo se dice? questions come at me so quickly that I despair—it feels like I’m bailing out a sinking ship with a paper cup.

They look to me to fill in the gaps, and I do the best I can. When I can’t, we often look things up together. They love that I have a bilingual dictionary right on my phone and that we can look words up at home on the computer, and I’m hoping that the technology angle makes it seem cool and not tedious.

For now, we continue to play games in Spanish and read books, the best way I can think of to build vocabulary. And I am grateful that they still have so much fun with the language, are so eager to learn and ask questions about it, and hope it’s a long, long time before it seems like a chore.

Having Spanglish Fun
Is My Daughter Shy? Or Is She Not Bilingual Just Yet?
What Exactly Does it Mean to be Fluent in a Language?
3 Comments

It’s so important to keep those conversations going in Spanish when they are learning things in English, really for everyone. We had a wonderful Colombian born bilingual expert help us early on ( as we are mononlinguals raising a fluent as a native trilingual/triliterate kiddo in Spanish/Mandarin/English) and she told me how she still did that with her high school kids.

They were raised in Columbia and USA, so were fluent in both languages, but she daily helped them with the terms that they learned in school in English, so they would know them in Spanish as well.

Now that our child is fluent in Spanish, ( She is 11) we still return to Spain every year as that helps with these kind of issues.

Good luck..sounds like you are doing a fabulous job and also remember not all kids ask a lot of questions and that is okay too. Despite being raised as a triliterate from birth, my child didn’t have any language delays, but she also was not one big on questions. I know a brilliant monolingual surgeon who didn’t say a word until he was 5.

Everyone has their perfect path.

That’s wonderful that your kids are learning both Spanish and English on their own time and that you are supporting them along the way.

I also use Spanish/English apps on my phone to help my daughter learn new languages. I’ve also started letting her lead her learning. She points to objects says “what’s dat?” and I respond with the name in English or Spanish.

Oh my goodness! an amazing article dude. http://spanglishbaby.com is really good. Thank you However I am experiencing issue with ur rss . Don’t know why Unable to subscribe to it. Is there anyone getting identical rss problem? Anyone who knows kindly respond. Thnkx