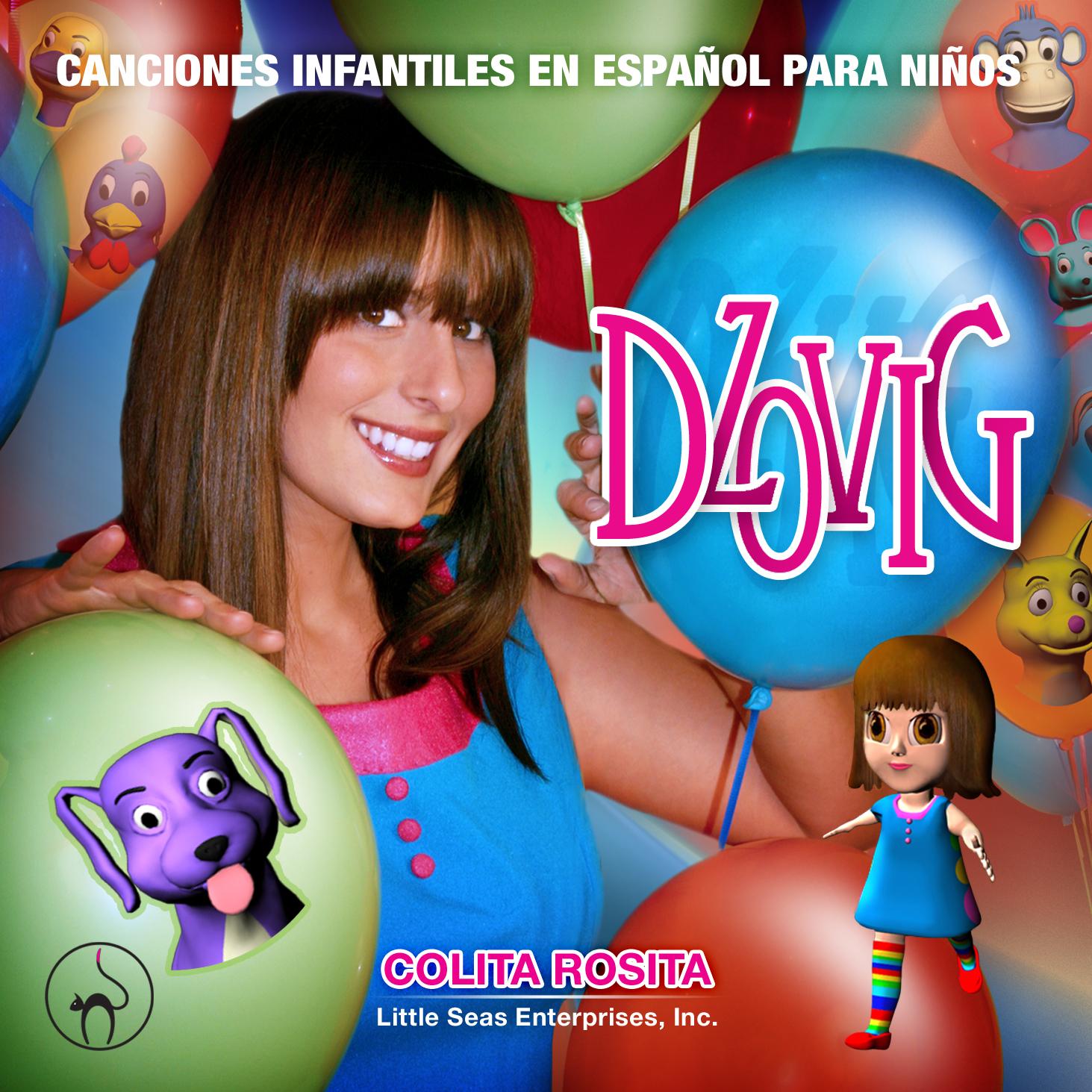 Colita Rosita is a CD with 16 modern and upbeat songs in Spanish for children. This is one of the most fun CD’s I have heard in a while, as the songs are full of sound effects that really will attract the attention of your kids. It includes canciones navidenas which makes it a great CD to have in hand for the upcoming holiday season. The five Christmas songs, included are: Cascabel, Santa Esta Tarde, Trineo de Renos, Santa Clos and La Navidad, a perfect set of songs to start teaching your kids more about Christmas stories in the Spanish language. There is also a song referencing the New Year and even a Birthday song, what fun! Other songs touch on kid friendly topics like trains and various animals. The cool music is accompanied by sound effects that will immerse and engage your kids in the story behind each song, making it an interactive CD for the whole family. All of the songs are very catchy and I guarantee it will have you singing with your kids.

We’re giving away one copy of the Colita Rosita CD to FIVE lucky winners! All you have to do is head over to the Colita Rosita music sample page and leave us a comment letting us know which song you and your niños enjoyed the most. Then, enter the rafflecopter below.

A Bicultural Christmas Photo {Susan}
A Christmas Gift: 9 Villancicos Navideños {Printable Lyrics PDF}
Santa Claus: Does It Matter What Color He Is or What Language He Speaks?
20 Comments

All of them are catchy we like Bongo Bongo. I am an email subscriber.

I’m a subscriber and we liked el tren…..

My kids loved the howling in El Lobo

We loved the ABC fiesta

We loved “Animales,” and I’m a subscriber.

Thanks for the chance!

Cocodrilo! My girls love it.

Howdy exceptional website! Does running a blog like this require alot of work? I’ve no knowledge of computer programming however I was hoping to start my own blog in the near future. Anyway, should you have any recommendations or techniques for new blog owners please share. I understand this is off subject nevertheless I just needed to ask. Appreciate it!

I’d must test with you here. Which is not one thing I usually do! I get pleasure from studying a post that can make individuals think. Also, thanks for allowing me to remark!

Thank you soooooo much for your kind words Roxana. I cannot wait to see my new students on Tuesday.

Great post, Olga! You nailed exactly what keeps me motivated: “I am very grateful to my parents for sticking to speaking German with me even though there were times when I hated it.” I really hope my kids will understand all the benefits of being bilingual (English, Russian and Ukrainian) and will thank me for that in the future. Dziekuje for sharing your story!Olena´s last post ..How To Read To A Toddler In Your Heritage Language

I quite like reading an article that will make people
think. Also, thank you for permitting me to comment!

This really is a great cd for kids. We have this and a few others we play for our girls on longer car rides.

Melissa is the proud mami of Little L, a wonderful and curious toddler who is growing up bilingual. She is also the author of HungryFoodLove a recipe blog where she not only shares her passion for food, but also the peace and joy that is experienced by cooking and loving. Melissa is a firm believer that some of the greatest memories can be created around food, cooking with mamá, abuela, tía y, ¿por qué no?, papá. That is why her blog is intended to be a plate full of positive and encouraging messages served with delicious recipes. Melissa is originally from the Dominican Republic born and raised there so her Latin heritage is reflected in the food she cooks. She lives in Upstate New York with her daughter Little L. and her better half Mr. B.

View all posts by Melissa Bailey