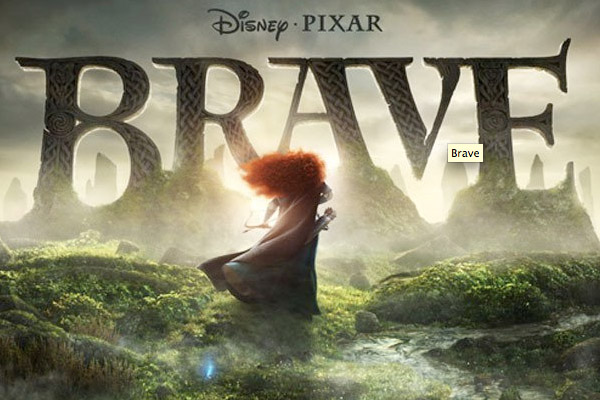 Have you heard all the buzz about Disney/Pixar’s newest 3-D animated movie, “Brave”, and its fabulous female heroine? Yes, for the first time ever, Pixar has created a movie featuring a woman as its lead character and, from what we see in the trailers, Princess Merida is destined to become a star and a role model of brave and confident girls.

Set in beautiful highlands of Scotland, independent Merida defies an age-old custom in an effort to lead her own life. In her rebellion, she turns to an old Witch who grants her one wish, which inadvertently brings chaos to the kingdom. No wonder my girl was awestruck the first time she saw the trailer; there’s definitely a resemblance of character (and long, flowy curls!) here!

So imagine how ridiculously excited I am to have been invited by Disney to be part of a group of mom bloggers who will meet in San Francisco next week to visit the famed Pixar Animation Studios?! We’ll have access to interview Mark Andrews (Director of “Brave”) as well as the producer and meet with animators, artists, production designers and more of the talented people who make the Disney/Pixar magic come to life.

We’ll also get a chance to screen preview footage of “Brave” and the Academy Award nominated short film “La Luna”. To top it all off, we´ll also get to watch Disneynature´s “Chimpanzee” before its release date of April 20th; then our trip will conclude with a visit to the Disney Family Museum.

I can’t wait to represent SpanglishBaby and to bring back pictures, stories and interviews. Would love it if you could tell me what you would like to know about the making of “Brave” and I’ll be happy to ask and bring you the scoop!

Disclosure: I was invited by Disney to be part of a blogger junket tour. No monetary compensation will be received; only travel and accommodations. All opinions, like always, are my own.

I Was Just Teased At Pixar. ¡Quiero Más BRAVE!
Wordless Wednesday: Our SpanglishBabies at Disney World
Pirates of the Caribbean Wants You to Go to the Mexican Riviera on a Disney Cruise!
No Comments