Can Bilingualism Cause Alienation? 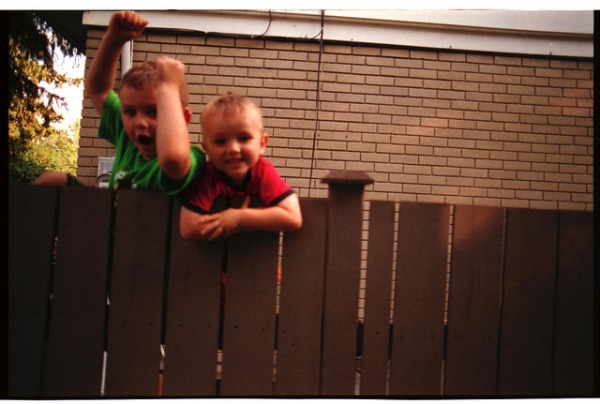 Things started out well. The day that the moving truck officially brought all of our furniture into the house, our next-door neighbors brought us freshly baked chocolate chip cookies. Initially, everyone was so friendly, and there were days when the kids played together. Unfortunately, as time went on, I noticed that the new neighbors were not quite as sociable as they once had been. Initially, I just assumed that it was because everyone was busy, but then I started to think that perhaps there was a bit more to the change in their demeanor.

My husband and I are very consistent, perhaps even a bit obsessive compulsive in our following of the OPOL strategy. I have never spoken to my sons in English and neither has my husband. Even when others who do not speak Spanish are around, I still continue to use the minority language with my kids. One day I noticed that when my sons and I would use Spanish, the facial expressions and body language of my neighbors changed. It dawned on me that perhaps they weren’t so friendly with our family anymore because of the different languages. Language was alienating us from our new friends.

Our previous neighbors and good friends were from Indonesia. We never had any issues with different languages being used when we were together. I would continue use Spanish, my husband would use German, and they would speak to each other in Indonesian while English would be our common language. No one ever seemed uncomfortable with not understanding the different conversations all of the time. We rather enjoyed learning new phrases in each other’s languages, but more importantly, we were supportive of the effort involved in raising bilingual children.

The more I think about the situation in our new neighborhood, I am starting to wonder if people who only speak English are uncomfortable around other languages. Perhaps already being bilingual makes us less fearful or suspicious of ones that we do not know. I know that for me, this is the case. When I hear a new language, I want to learn new words and phrases. It also makes me especially happy to hear other parents speaking to their children in another language, since I know that they are giving their child the gift of bilingualism.

I realize with my new neighbors it is actually going to take a bit of effort and understanding on my part in order to develop a relationship. At Christmas, we took our neighbors chocolate and had a nice time visiting with them while the children played.  I was also pleasantly surprised to learn that the father in the one family is now even taking Spanish classes because his job requires him to go to Peru on a regular basis. His new need to learn Spanish emphasized for me the importance of raising bilingual children even in the face of many challenges. At the same time my neighbor has gained a deeper understanding of why my husband and I are so consistent in our efforts. Perhaps a friendship will develop after all.

Real-Life Stories of the Impact of Global Vaccines #vaximpact

Is It Rude to Speak Spanish in Front of Those Who Don’t Understand?
Bilingualism in Adoptive Families
My Struggle to Raise my Kids Bilingual
8 Comments

I really do hope that neighbors warm up to the idea and become more accustomed to your lifestyle. Sometimes, kids are a bit awkward about me not speaking English and they’ll tell me so. I often explain directly to the children that I speak only in Spanish, but my kids can talk to them easily and to feel free to ask my children what I am saying. I also add that I will still talk to them in English. In almost all cases the parents and I have previously had an engaging discussion where they appreciate already or I explain the “method to my madness” and they usually are understanding. I must admit, I usually hit it off with those who comment somewhere along the line, “I would love to do that!” or “I wish I knew/kept up my Spanish” or also have similar goals with their children. I have often shared the same thoughts about alienating my own children and questions about how parents handle a mixed crowd of children. On a couple of occasions I have had to substitute teach my childrens’ classes in English and it is weird, but then I remind them once the class is over that we speak in Spanish. Susan, from all your wonderful posts, once your neighbors get to know you and hear of your wonderful adventures, they’ll count themselves blessed to know you!

Thank you so much for your kind words and encouragement.

For me it would be an intimidation factor – that “you” think you are better than me. I have tried to speak French and Spanish with J, even when he was pre talking and he HATED it. Even now he does. Granted, I did not start off with only French. I have coworkers who use only Spanish with their kids and I feel judged that I don’t. I doubt it’s the language with your neighbors but that they may feel judged because they don’t… just a thought….

Hey Susan, my long-lost friend. I speak to my kid in Hebrew, but not exclusively. He is 19 months old, and he totally understands everything I say. It is actually quite amazing. He goes to daycare 3 times a week for half a day, and it is a Spanish-immersion daycare, so he only hears Spanish there. And is nanny speaks English to him. I often wonder if he will every really know Hebrew the way I do. I take comfort of the fact that studies show that exposure to different languages at an early age makes them smarter

I do think Hebrew is particularly challenging because first, there are very few people around who speak it and it is not that there is a bi-lingual library storytime in Hebrew… so it is hard to get Eitan exposed to it more, and second, because it is written in non-English letters, so reading it would be extremely hard. Anyhow, thanks for introducing me to this website. Cheers. Gal

I might suggest that rather than presuming it’s because you speak more than one language that you reach out to your neighbors and find out how you can connect with them. To say, “The more I think about the situation in our new neighborhood, I am starting to wonder if people who only speak English are uncomfortable around other languages. Perhaps already being bilingual makes us less fearful or suspicious of ones that we do not know.” might suggest that you have skipped the step of knowing how they really feel.

My husband is a native Spanish speaker, having grown up in East L.A. being raised by Spanish speaking grandparents. Me? I grew up in Orange County, the daughter of Music Teachers. Thus, I didn’t learn Spanish, but my accent is strangely good.

Together we have seven children, and not a one of them speaks Spanish. His daughter from a previous marriage who grew up with Spanish in her home (her mother is from Chile) is fluent. It is a great sadness to me that my children don’t speak the language, and I have begun to study it in earnest in the hopes of becoming more fluent and encouraging them to become so as well.

I find language intimidating. I’m always afraid to speak with someone other than my husband in Spanish for fear that I will sound stupid when I make a mistake. I think maybe hearing a foreign language spoken so well by a neighbor from whom it was not expected, may make some people feel both left out and inadequate. Hopefully communication and explanation of why you do so, will help.

My experience is almost identical to yours!!!!The difference is that my husband doesn’t speak Spanish so I speak Spanish or “Spanglish” at home. I say short phrases and repeat them in English. My family feels I’m not teaching them enough, judge me and compare my kids to their cousins who are 100% fluent.
But yeah, most people who only speak English feel intimidated and often offended by the use of any other language. I feel sorry for them when they show their disconfort by saying “are you talking about me?” because if we think about it, they feel in a tremendous disadvantage in a globalized world where ONLY ENGLISH is not the norm and biliguals are taking the lead (An average European person is fluent in at least 2 languages other than his own). My kids have been made fun of and mocked by other kids when they realize my kids speak something other than English but I solved the problem by making bullies understand than ACCENTS OR SPEAKING IN TONGES (like some like to call it) it’s exclusive to intelligent people who ARE NOT limited to the knowledge of just one language. My kids now are more comfortable and very proud with the idea of being bilingual. They now now how much easier is for them to understand words and phrases in ITALIAN & PORTUGUESE and are open to learning Cantonese and Arabic.

Susan,
I don’t know about the case of your family, but in mine I have found that it works both ways. Monolinguals do have tendency to show visible discomfort with use speaking Spanish at the park, the grocery store, you name it. We also have begun to insulate ourselves because it is much easier to not have to explain ourselves all of the time or answer the debriefing who are you, what are you, where are you from questions. Saludos!