It’s been two weeks since my family and I got back from one of the most memorable vacations we’ve spent together — a Western Caribbean cruise aboard the world’s largest ship, Allure of the Seas, courtesy of Fisher-Price and Royal Caribbean — and my kids are still talking about it.

We sailed from Port Everglades in Ft. Lauderdale and after two days at sea, we docked in Labadee, Haiti. It was a great opportunity for me to practice my French with the locals and for my kids to see how important it is to be able to communicate with people in a language they understand. I mean, it’s not like they don’t speak English, but it’s definitely not their first language and the ability to speak French actually got me several discounts in the handicraft market on site. 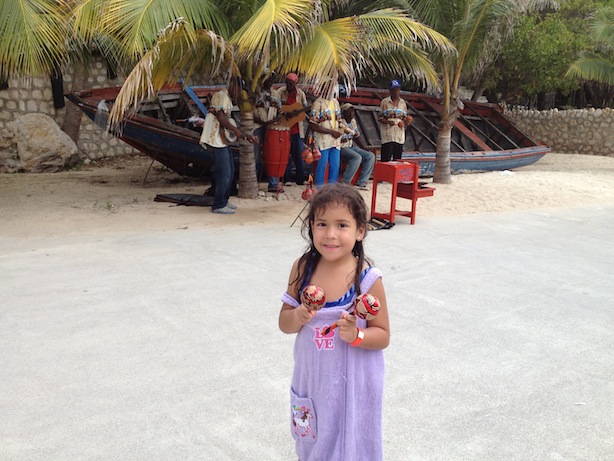 As I said on my first post about the cruise, from Haiti, we were supposed to set sail to Falmouth, Jamaica, but Hurricane Sandy had other plans and so we ended up spending an extra day at sea since the port there was closed by the government to avoid any potential problems. I was a bit saddened because I had been looking forward to visit Jamaica, if only for a few hours. In the end, though, I was grateful that at least I was not home in Denver, where my friends and family were dealing with the first snow of the season.

Plus, another day at sea meant we got to the opportunity to spend even more time exploring all the Allure of the Seas has to offer to adults and children alike. Check out some of the photos of our adventures within the cruise ship: 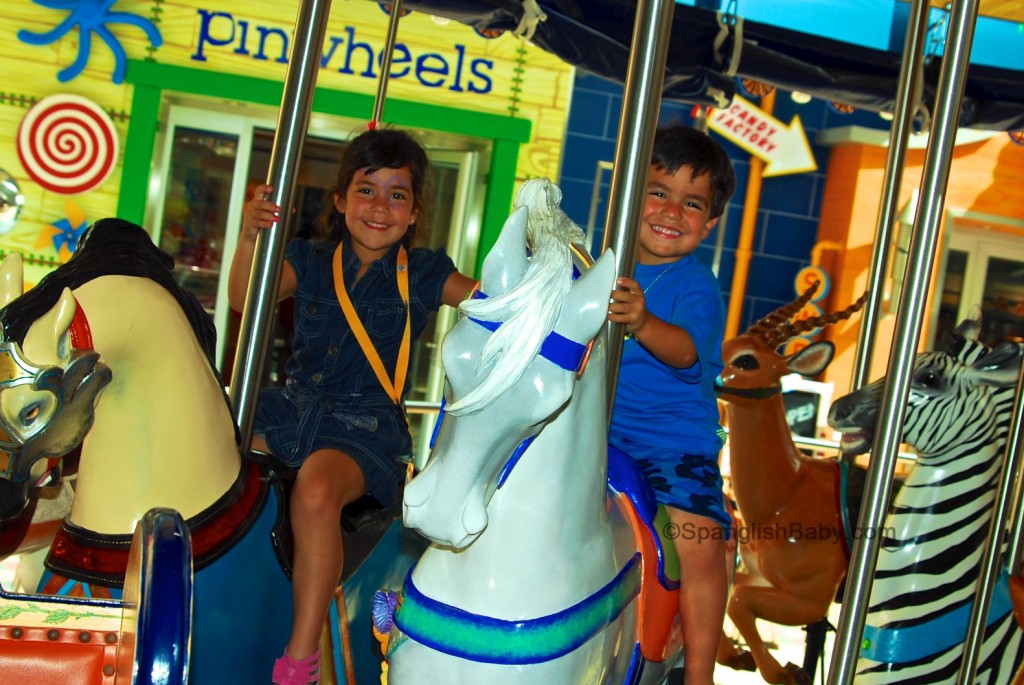 Watching one of the endless shows from Chicago to Madagascar, there’s truly something for everyone! 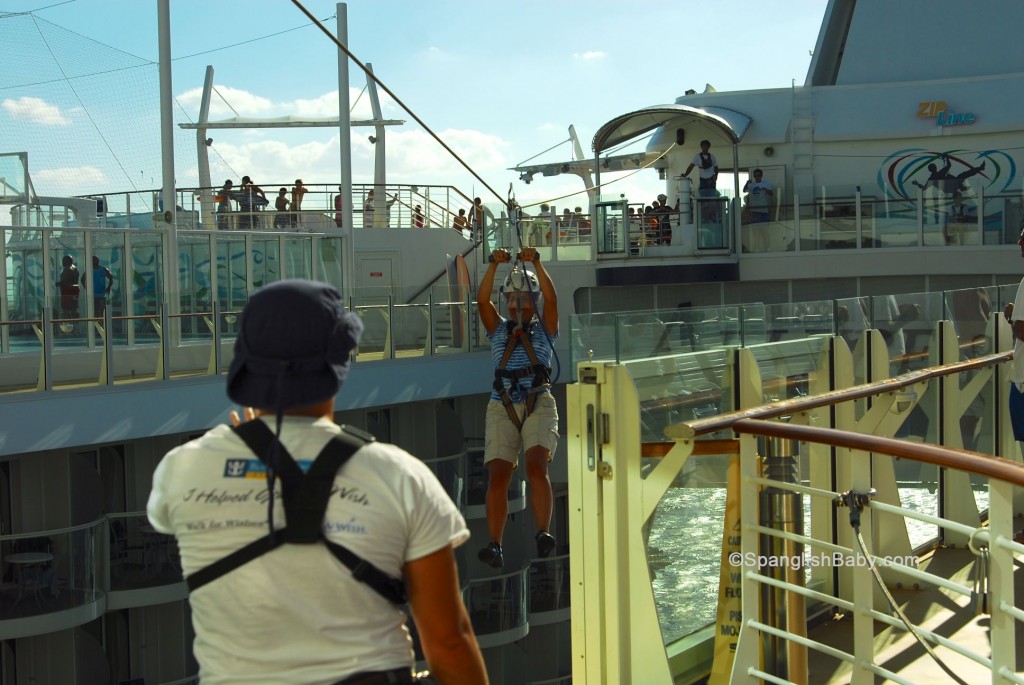 I’m so happy I did the zip line! 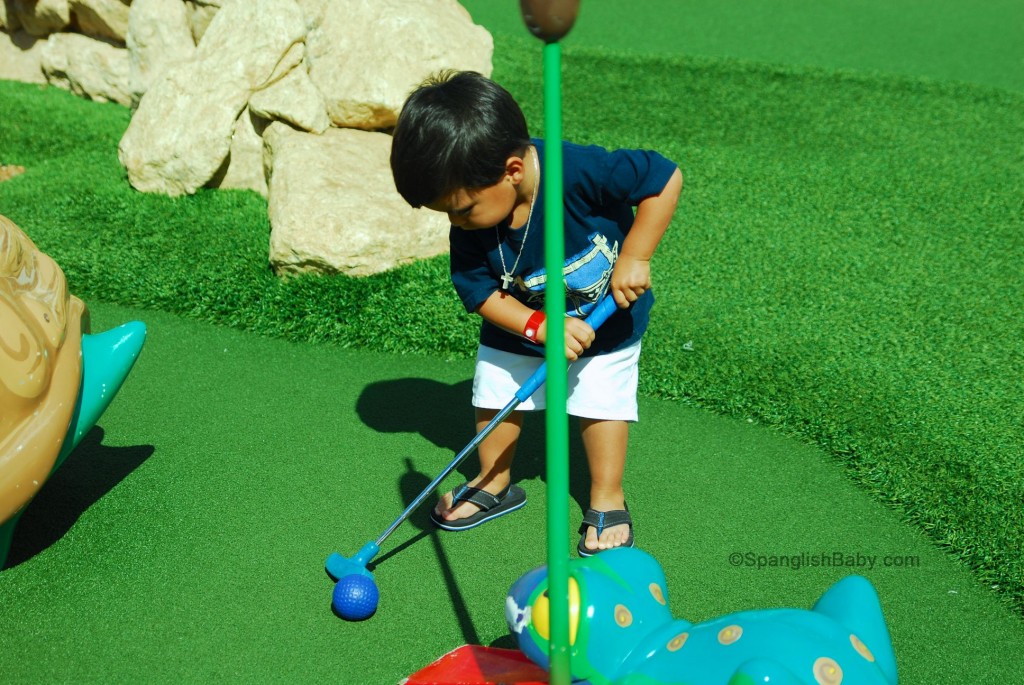 Playing mini golf surrounded by the ocean on all sides! 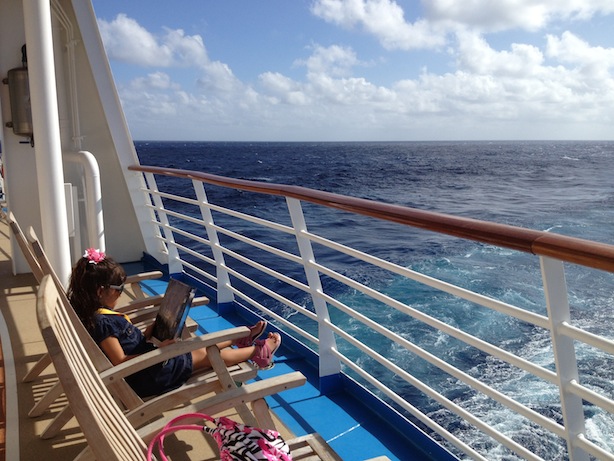 Reading a book borrowed from the library on board. What a view! 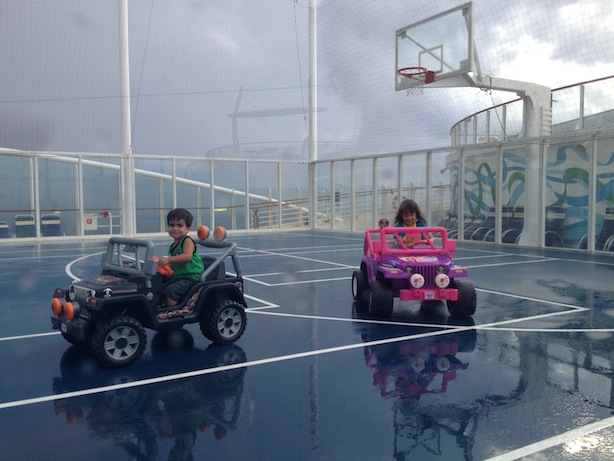 After spending two days at sea, we finally docked in Cozumel, Mexico and took a lovely tour of the city with a very knowledgeable tour guide. The tour also took us to the other side of the island where the kids had some agua de coco and Vanessa picked some conchitas for her ever growing collection. And then, we got to spend a few hours by the water just relaxing. Vanessa was excited to be back in Mexico and our visit gave me the opportunity to talk to her about the immensity and diversity of that beautiful country. 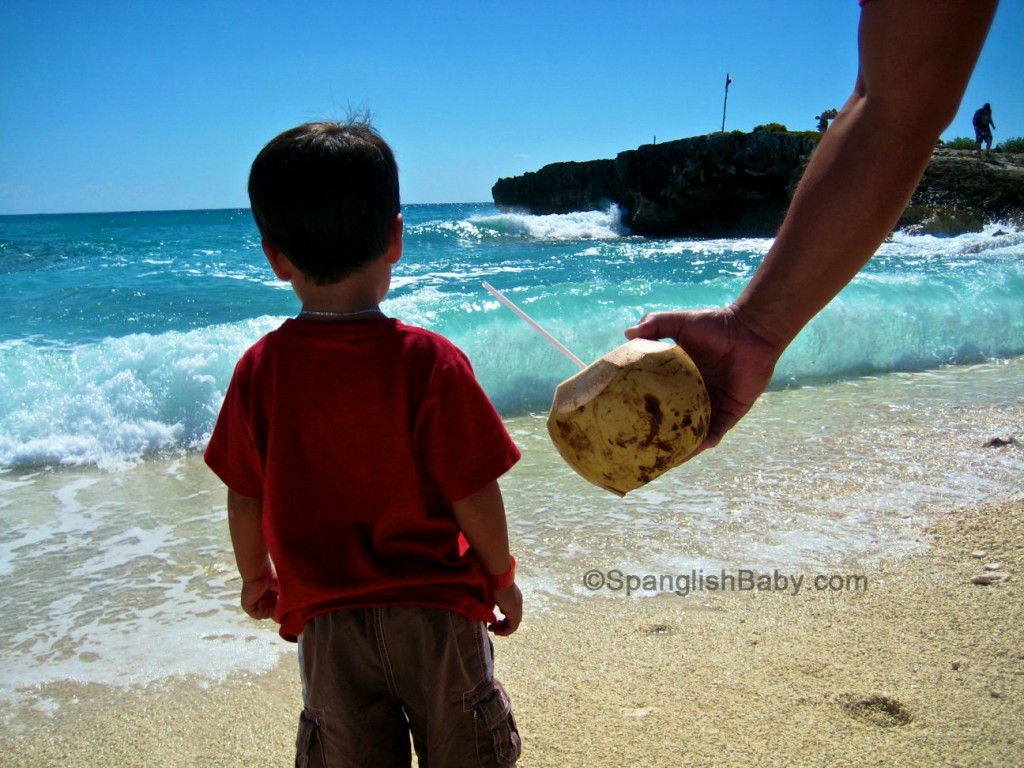 I would’ve never really thought of a cruise as a great opportunity to expose children to different cultures and languages in a short period of time. As I said in my last post, besides the places we visited, the cruise ship was also full of people from all over the world and my kids made several new friends in a trip we’ll be talking about for a very long time.

The Family Experience of a Lifetime Aboard Royal Caribbean
Raising Bilingual Kids with the mL@H Method Really Works!
Why We Chose San Miguel de Allende for Our Summer Abroad
2 Comments

Cruises are wonderful and a lot of fun, but I wouldn’t really call them an authentic cultural experience since it’s always in very touristy areas where the ship stops. They are showing the tourists what the tourists want to see in order to make money. Also it is important to keep in mind that even though there is a multicultural international staff, they are paid horribly and work very long hours. (I went on that same cruise with Royal Carribbean or at least one with the same stops.)

Christina, thanks for your comment. Definitely appreciate it. My family went on a Norwegian Cruise Line trip to the Mediterranean and I found it to be an incredible experience. My daughter was almost 5 at the time and it opened her up to so many cultures and languages in less than one week. There’s no way we would have taken her to three countries in Europe in such a short period of time or at this age. I found the cruise experience to be ideal for her age and to be quickly exposed to different countries. Also, a lot easier for parents and much more economical.
I don’t know about the worker’s conditions, so I won’t comment on that.