The Natural Evolution of A Bilingual Child’s Language Skills 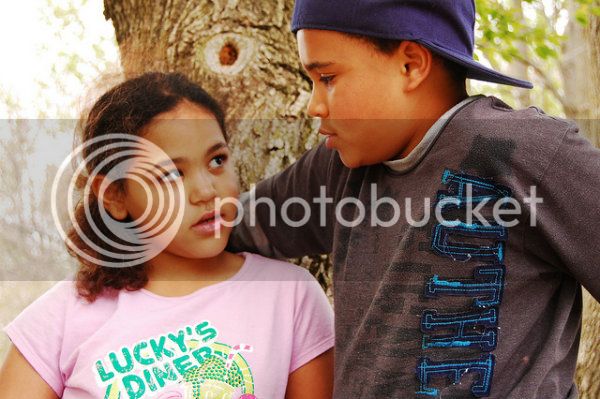 I’ve had ample quality time with my stepdaughters this summer, which means I’ve been watching them interact with my son in surprisingly bilingual ways. The girls are 12 and 10 years old, entrenched in English at school and accustomed to using Spanish only at their abuelos’ house. One of them is much more comfortable with Spanish than the other and it sometimes appears that they have rejected the language altogether, but observing their play with my 4-year-old tells a different story about their connection to the culture.

Spanish music overflows from their iPods and they have tried to teach Isaías to dance salsa and bachata.When he coerces them into playing with cars and trucks, they use Spanish commands to build a road and exclaim “¡Ay!” when he destroys the whole thing in little boy fashion.

I was fully expecting Spanish usage to wane in our household after this long summer with my stepdaughters here full-time, but I’ve been happy to see that my fears were for naught. With little encouragement from me, the kids have demonstrated that they are functioning bilinguals.

The most important lesson I have learned from sitting back and watching the contrast between the older and younger Spanish speakers in my house is that there is a natural evolution in a child’s language skills. As with everything else we try to give our kids, Spanish is both a tool that gives them access to a different world and a token they can play with to aggravate and manipulate their parents. The more we enforce the language as though it’s not a choice, the more agitated they’ll become. Instead, if we have confidence in the value of exposure, things will develop on their own.

Though I have a lot more to learn as my son grows, I can offer this advice: it’s always better to observe than to intervene and try to force things in a certain direction. Kids possess free will, and it’s not just to frustrate us. They are forming their own worldview, and we are lucky to have the chance to examine its creation.

Every night, all three kids beg me for Spanish story time. I read books of all levels, complete with dramatized voices and silly accents, and we discuss them in both English and Spanish. It’s like ending our days with a celebration of this mezcla of a household. I tuck myself in with the hope that a few of their dreams will be in Spanish.

Isn’t it magnificent that those dreams are even a possibility?

Yes! You get it! I wish my family would have understood how pressuring a child can affect their will and motivation to speak it. Spanish was my first language but as soon as I learned English (in preschool) my Spanish vocabulary started slowing down and English eventually took over. I would get laughed at when I said a word in Spanish wrong and yet pressured to speak it. In the end I fought back by not speaking it at all. Of course now I regret it and am trying to increase my vocabulary which is equivalent to that of a 6-year-old. AWSOME article. Thanks for reminding us that sometimes it’s best to just continue exposing them to the language and culture and eventually they too will get it. Pressuring children (especially teens) only makes them shut down.