How Where You Were Born & Raised Defines Your Latino Identity 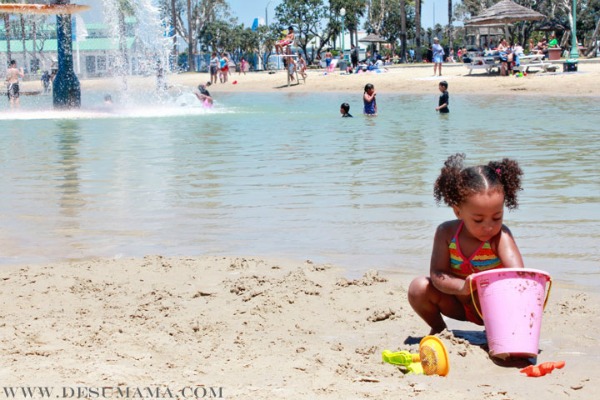 Do you ever wonder how your identity would be altered had you been born and raised in a different part of the country? The American Latino experience is vast indeed, but poignantly so when comparing the experiences of Latinos living on the polar coasts of our great nation.

As a Cuban growing up in the beach suburbs of Los Angeles, many years before communities such as ours at SpanglishBaby existed, there was truly only one reality for the Latino experience: Mexican. Where I was from, if you were brown and spoke Spanish, you were Mexican. Not even Latino. Not Hispanic. Certainly not Cuban. And while there are so many beautiful aspects of the Mexican culture that I admire and enjoy, they were not mine to identify with. Perhaps it was my small town of middle-income beach dwellers that lacked the cultural (and geographical) astuteness to realize the myriad of experiences Latinos encompass. Perhaps communities closer to the city center were more diverse, more sensitive, to all that the Latino experience can be. My coastal American Latino experience was not one of solidarity or camaraderie. I didn’t have a community of Latinos with similar Spanish accents, cultural traditions and loud-mouthed family members. Ultimately, as a West Coast American Latina, I didn’t really feel Latina at all.

Sometimes I wonder who I would be if I was born and raised on the other side of the country. I wonder who I would be if I lived in Miami, specifically. Even other parts of South Florida, where Cubans run ramped and so does the espresso, sipped in doll sized tea cups. I wonder, had I been raised on the Eastern seaboard, if I would think in Spanish. Or dream in Spanish. I wonder if I would have Spanish speaking friends. Maybe some from Peru. Or Nicaragua. And Mexico, too. My alternative identity would be sure of her brown skin, curly hair, quick tongue and wicked style. My other coastal identity would love to speak Spanish in public; she’d probably look down on Spanglish speakers like me. Even still, there are moments when I could feel that alternative identity surface, when I feel distinctly Latina, and it is a feeling of wholeness that is parallel to none.

I loved my beach bummed childhood. Spending hours upon hours sitting on long stretches of sand, listening to the ocean churn lullabies of quiet peace have most certainly impacted my identity. I’m a beach girl at heart, even now as I live in the middle of a desert I ache for the sway of the oceanic melodies. But as far as my American Latino experience, my coastal experience just didn’t cut it. And yes, sometimes I wonder who I would be if I was born and raised in a different part of the country.

Isolating the Bicultural Latino Because of Fluency Is Not The Answer
Latina? Hispanic? Do These Labels Even Matter?
Identifying Yourself When The World Says Otherwise
2 Comments

You are so right! I’m sure your Latino identity would be accentuated if you were raised somewhere else, just like many other facets of our personalities.

Aw, very poignant post! I didn’t have a lot of Latino, Spanish-speaking friends growing up in the San Fernando Valley of Los Angeles but I did have a lot of family which was great. Not until I went to college did I find my Latino brethren and I got to meet Latino kids just like me but who had grown up all over not only Southern California but also all around the country. I realized then, though, that my life would have been different even if I had been raised in your beach community or in East L.A. or in the inland empire not to mention in another state. In the end, it’s good to know that each of our American Latino experience is unique and no more or less authentic.