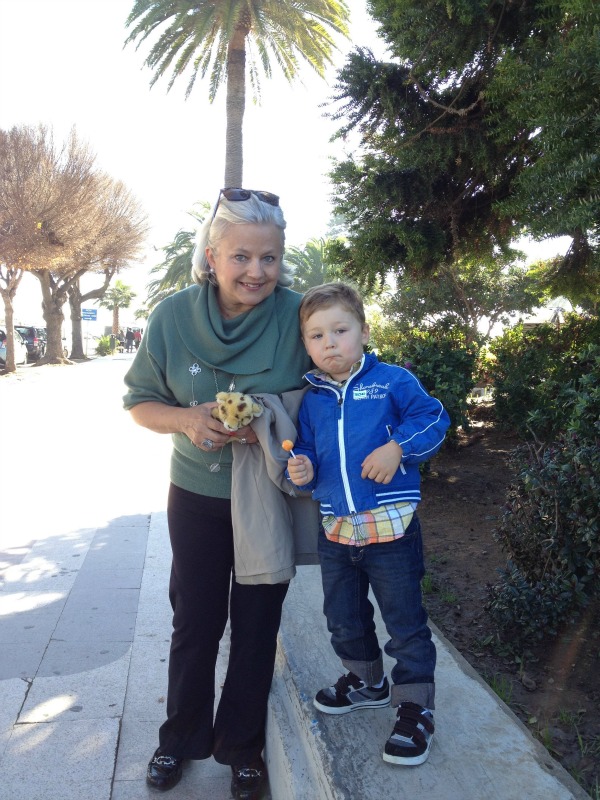 Every time I come to Chile I am reminded of how lucky and priveldged I am to be able to travel and actually have a relationship with my family, that culturally I am well connected and most importantly that I speak the language, without that, I would be lost. I know that many who have come to the US have not been able to visit their country and if they have, maybe it’s once every few years. Growing up, I had no idea just how lucky I was to be able to travel to Chile every two years and spend our Christmases or summer vacations here (despite it being winter). My parents never intended on staying in the US, my father had been offered a job opportunity, but we never had plans to settle there. However, things happen, things change and after a few years in Chile we were back in the US and my mother made every effort to keep our Chilean identity no matter what — starting with the language.

There are so many things you don’t appreciate as a child. I despised when my mother spoke to me in Spanish in public, but she never once spoke to me in English. Not once. In our home we only spoke Spanish and it is still like that to this day. And because we traveled so often we were never completely disconnected from Chile. I often get asked, do you feel more American or Chilean? The truth is it’s 50/50 because of my connection and experiences here. I also get questioned about my Chilean “authenticity” because I don’t have an accent, but it’s my litte badge of honor and being fully bilingual is my secret weapon.

Now I’m in Chile again, this time it’s been three years since my last trip. My son is 3 years old and everyone in my family is in complete and total awe that this little American boy speaks perfect Spanish despite coming from a home where I am the only one who speaks to him in Spanish and my husband speaks to him in English. To be honest, I am beyond proud, I am glowing. I got emotional when I heard my son and my Opa (my abuelo) having a conversation in Spanish. But I know this is a pivotal moment, I am literally sitting on the bilingual fence here. I am living in a time where the language could easily be lost if I don’t work at it and make a concentrated effort to educate my son bilingual. I could just give up and speak to him in English, but I don’t. Good thing is, it is not an effort for me, it comes naturally and he senses that.

Having come to US at a later age increased my chances of keeping the language, but it decreased when I married a non-native speaker and we don’t live in a Spanish speaking country (you could argue this). I do think the Spanish language in the US will be lost if it’s not for persistance from us parents. Yes, it is a lot of work to raise a bilingual child. It takes patience, perseverance and you also have to consider the child’s learning style and capabilities. My brother was raised the same way I was, spent the same amount of time in Chile but has a more difficult time reading and writing. It just didn’t come easy for him. So when I hear Matías translate for my husband or say that he wants to teach Oma, (my abuelita) English, I realize he has a gift, he has an ability and one that needs to be nurtured and managed. This is the only way the Spanish language will continue to thrive and strengthen within this new generation of speakers.

How difficult has it been for you to raise bilingual children?

Transmitting My Peruvian Culture One Ceviche at a Time

Total Immersion in Spanish for Son… and Mom
Memories Of My Bilingual Childhood
Excuse Me, What Language Are You Speaking?
8 Comments

This is very encouraging! I moved to Germany from the US last fall, and my husband and I are exploring ways to ensure that our son has a solid grasp of both German and English. We are still figuring it out, and I’m glad to have found SpanglishBaby! It’s going to be a big help.

Thank you for sharing! That is great that your son has been able to maintain the language, considering you’re the only one who speaks Spanish to him…bravo to you! My husband and I speak to our sons exclusively in Spanish. My oldest is 3 and will start preschool in August. This will be the first time he’ll be exposed to English. It’s definitely easier for my husband to speak Spanish to our boys. For me, it was VERY difficult at first but it’s definitely gotten better (thanks to his support and constant reminder of only Spanish at home). It was difficult because even though I speak Spanish, I never spoke it with my husband, only to my parents. So, it was a huge transition that we speak Spanish to each other at home. We have seen the benefits though, with our oldest son speaking Spanish – and I must agree it’s a beautiful thing to see my son have a conversation with his grandparents.

For me, I find it’s getting difficult reading to our son. We are buying him 5-7 year old grade level books and some of the words are hard for me to read! It’s sad, but since I haven’t really read in Spanish in a while I realize that I have to get back on it!

Good for you for teaching your son Spanish! There are so many benefits to being bilingual! Thanks for sharing your story

I loved reading this because it feels so heartfelt and as if you had so many aha moments during your trips. That´s why we encourage those who can, to truly explore the option to travel to their heritage countries, or find summer abroad experiences to truly connect and give meaning to this raising bilingual kids process.
So happy for you and Matías!

I know what you mean when you say you want to cry watching your son speak spanish to your family! It is amazing!! I’m so happy for you amiga that you guys can do this. Enjoy mucho mucho!!

Keep doing what you have been doing…Don’t give up!

Thank you for sharing, this is very encouraging. I too am the only one speaking Spanish to my 17 month old and many times I feel overwhelemed by all the English we are surrounded by.

It does take a lot of work to raise a child to be bilingual! But I am dedicated in my quest to raise my son in a bilingual home. I’m an American, married to a Brazilian, living in Brazil. My son was born here – only 2 months ago. This is to my advantage because I speak to him in English and my husband in Portuguese (as does everyone else but our native English speaking friends). I have worked hard to collect books and movies in both languages. I sometimes speak to my son in Portuguese (since we are a Portuguese speaking home), but I try to keep it to a minimum. I’d like to remain in Brazil for a few years because I really want my son to be fluent in Portuguese.